A Teacher Takes a Trip to the Korean War Memorial

I proudly proclaim myself to be a nerd. Not the "unwilling recipient of a swirly" type, but just the type who loves to learn. Luckily for myself, South Korea offers many museums to quench that thirst for knowledge. Admittedly, I have been drinking more soju and beer than knowledge lately, but I did finally get to my first Korean museum. 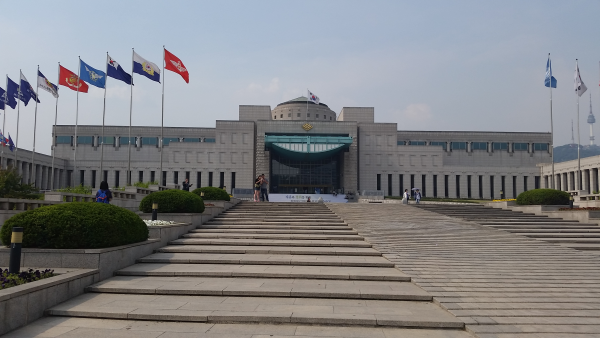 The first one I elected to visit was the Korean War Memorial in Seoul, on Line 6 at the Samgakji subway stop. Upon first arriving, one cannot help but be impressed by the size of the museum. I awkwardly looked around for a ticket booth, assuming that I would have to pay, but in fact it is free entry. So for all of you tightwads out there, you can't use the money excuse for not visiting. 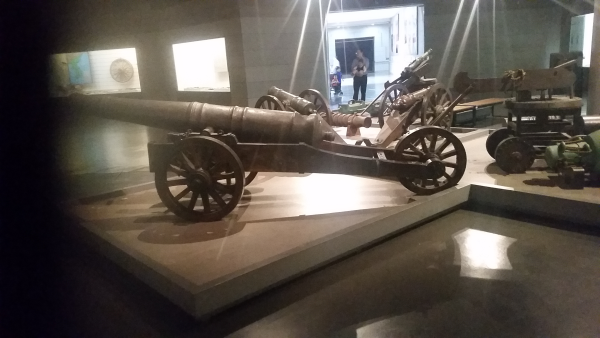 The museum has a very impressive collection of weapons and armor from throughout Korean history, ranging from primitive prehistoric axes to sinister looking swords and crossbows. Surprisingly, Koreans actually boasted a rather formidable array of firearms and cannons, which I assume were introduced from China (totally unsubstantiated assumption by the way). 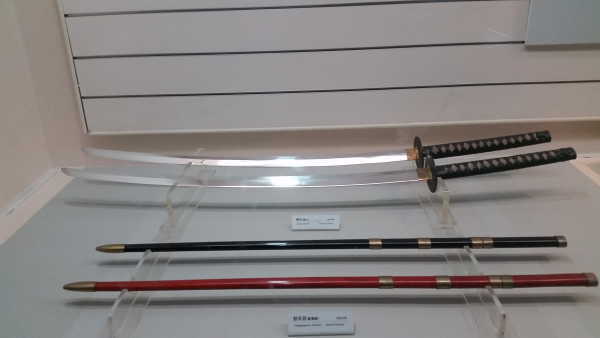 One of the coolest pieces was a massive replica of the famous Turtle Ship, designed by the legendary admiral Yi Sun Shin. These armored ships were instrumental in defeating a Japanese invasion force that enjoyed massive numerical superiority.

As a country shaped significantly by the scars of war, of course the memorial featured a large Korean War exhibit. You could detect a certain level of reverence in this wing, which certainly is expected because of the lingering effects of the war that are still felt to this day. There was an excellent film giving a brief overview of the Korean War, for those unfamiliar with some of the finer details of the conflict.

I did notice that with the Korean War video as well as many of the historical paintings and artifacts, there is a notable pro-Korean bias. Honestly, perhaps in American museums the same such pro-American bias exists and I was just blind to it, but here I noticed it immediately (It's entirely possible that the translation from Korean to English may be to blame for this). They seemed to frame many of the battles in a good versus evil type of narrative, always depicting the valiant Korean struggling against overwhelming odds and a relentless enemy. Now should Koreans be proud of their military traditions? Absolutely. The whiff of propaganda was just something interesting that I thought I would note. 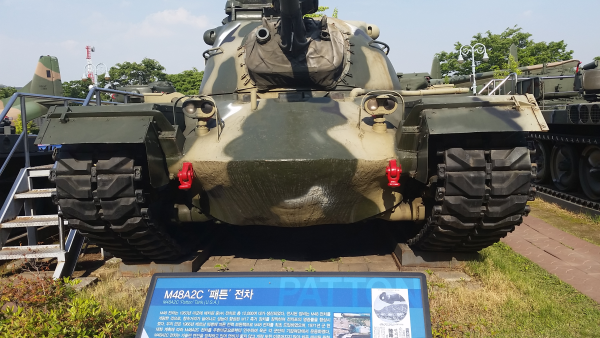 I was quite pleased to see that the inside of the museum was only the beginning. Once you step out the side entrance, you see a huge collection of 20th century military hardware. There are towering Soviet and United States ballistic missiles, dating back to the 1950s. There are dozens of military vehicles, including tanks, Jeeps, helicopters, and airplanes. You could even climb into a few of the tanks, which allowed me to confirm my long-standing belief that I would hate to fight in a tank. It's cramped enough trying to sit down in there, let alone worrying about the whole "enemy trying to kill you" thing.

I left the museum with a newfound respect for the Korean soldier, and a new appreciation for Korean military history. As a history major, my lack of familiarity with Korean history was a source of shame, but now I can proudly say I at least have an idea of what's been going down on the Korean peninsula. I recommend the memorial for anyone looking to learn a bit more about Korea's past, or just looking for a good time.