Coming to Korea was one of the best experiences that I could have ever imagined. However, I think I could have had a better time if I were aware of what to do before coming here. These are my top 3 suggestions to help you make it in Korea.

1)     Money – When coming to Korea, Chungdahm suggests that the instructor brings about $1000 to $1500 when moving. For a lot of people who come here, that can be a lot of money. The reason for this is because you do not get paid until after about 5-6 weeks after you teach. Depending on your branch, they may take out two months worth of rent, one month deposit plus the first month that you stay in your apartment. A lot of the reasons why Chungdahm directors/owners do this is because in the past (I’ve been told) teachers have just picked up and left without saying anything. Personally, I don’t think there is any excuse to justify this behavior. Do the common courtesy and at least warn another teacher or tell your director an emergency came up. But anyway, your first full paycheck does kick in until about two months. Yes, you do get your $1000 flight reimbursement back, but for some apartments, the maintenance fee can be easily over $100 (mine is about $120). After paying your utilities, you probably want to go out and grab dinner and drinks with the new teachers that you trained with. (This is normal, in a new land, everyone wants to make friends). However, I strongly suggest that you bring more than you think you need. Especially if you live in Seoul, it is not the cheapest place to live. I personally brought over $2000 and that lasted me over two months. It is better to be safe than sorry. 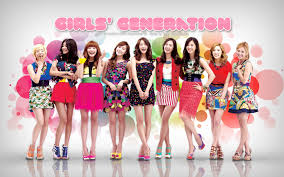 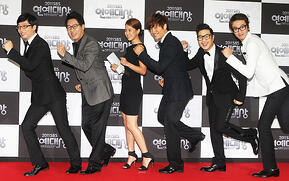 2) Learning Korean culture – So, one thing that I ask any of the teachers that I am interested in hiring is “What do you know about Korea?” This is extremely important. I find that Korean people respond to you better if you know something about Korea. It makes assimilation into their culture much easier. Furthermore, it allows you to connect with your students. When you teach, students want to know what you know. One of the things my trainers told me to do was to learn about Korean culture. So, because we teach kids, I naturally listened to Kpop because I am a fan of music. I don’t know a good majority of the words, but if you listen on youtube, there are many English translations to the most popular Kpop songs. There is much more to Kpop than PSY. As a guy, to bond with girls I listened to groups like Girls' Generation, EXO, Superior Junior, Infinite, Sistar, Girl’s Day, A-Pink, Big Bang and 2ne1. These are some of the biggest groups in the Kpop industry. If you want to bond with your kids, music is the way to go.

Another thing that I did was that I started watching Korean dramas (Kdramas) and variety shows. Many of the popular younger Kpop singers (idols) are featured in these Kdramas. When you can are watching one of the popular dramas and you can have a discussion about what had happened in last week’s episode in English, it is an amazing thing. Also, one of the most popular shows in Asia is Running Man. This is a variety show with a cast of comedians and singers, and every week, they bring special guests to do games. This is so popular, at my branch, if we have to work on a holiday, we will pick games that they do on Running Man and do it with the students. Many of my students like coming to Chungdahm at Christmas just to see what games we can come up we will play.

I understand that there is more to Korean culture than entertainment, but this is the fastest way that I could have my kids like me and the easiest way to relate to them. 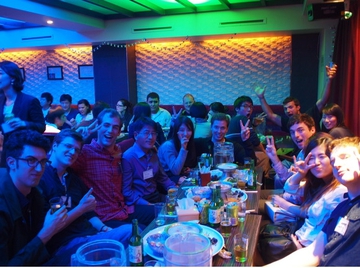 3)     Language – So many of the Korean words that I learned, I learned from watching Kdramas or from listening to Kpop. However, that can only get you so far and it is hard to hold a conversation just by using what you have learned through songs and television. I didn’t think I was going to stay in Korea for a long time, but again, I really enjoy my job as well as the culture here. One of the easiest things that you can do is to learn Hangeul (the Korean language). I learned it in about two hours (I am probably slower than most) but it is really convenient when you are trying to get around. Although I have a Korean book, the way it is written, the language is too formal. Older Koreans may enjoy that, but if you want to talk to someone younger, they will look at you strange. I suggest that you join one of the culture language exchange programs like The Seoul English Party. Something new is that if you are in Seoul, Chungdahm Academy is giving free Korean classes before work at headquarters. I am definitely taking advantage of that.

Korea is an amazing place but you have to be mentally prepared for it if it is your first time living outside the country. Are you ready?