Now don’t get me wrong, I love my Daejeon Citizen soccer (big win against Daegu the other day for all those wondering). They are my one true Korean sports love, but like with some relationships, sometimes you find yourself longing for something better. Just like when a man at a football game with his girlfriend sneaks a glance at the gorgeous cheerleaders prancing on the sidelines, lately I have been gazing longingly at a more beautiful brand of soccer. I am talking about the FIFA World Cup, the most popular sporting event in the world, which is currently taking place in Brazil. While a challenge, watching the World Cup in a passionate country like South Korea has proven to be immensely enjoyable, much like a beautiful Messi goal sublimely curled into the top corner. I have some tips for all fans of the jogo bonito on how to maximize your World Cup experience in South Korea. 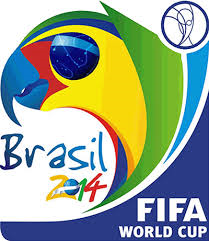 Before I begin, I will warn you that these strategies are not for the faint of heart, and those who choose to follow my advice may have some bleary-eyed and caffeine fueled days ahead.

Now you may be cursing the soccer gods (and time zones) because the matches thus far have taken place at 1:00, 4:00, and 7:00 A.M. here. But at the same time, your Chungdahm work schedule still allows you to enjoy many of these inconveniently timed games without serious issues. I do not start work until 4:30 P.M, meaning if need be I can watch all the games, and still get 6 hours of sleep and be at work on time. In my blog last week I described South Korea as an enabler, and in this case it is enabling my soccer addiction and writing a prescription for my World Cup fever. Additionally, if you don’t feel an overwhelming urge to watch some of the um, lower-profile games (I’m looking at you Iran-Nigeria!), then make a habit of napping during those matches to squeeze in all the shut-eye possible.

Even with the ridiculous match times here in South Korea, you still have many options for viewing locations. Of course, the easiest and most obvious place is the comfort of your own apartment, whether you are watching it on your laptop or your television. Naver and Daum both stream all the games live, so if you do not have a television then it should not be a problem. 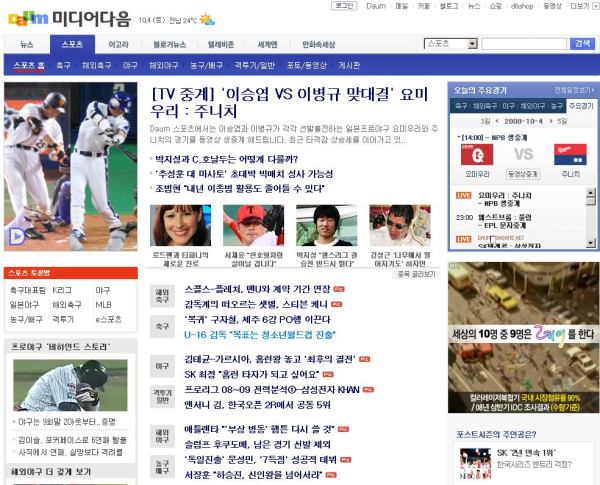 But if you want a more social experience, many bars and restaurants (especially foreigner bars) will remain open so that patrons can enjoy the games. For most games, I personally camp out at the neighborhood GS25. The large flat-screen TV outside attracts many soccer fans, and it is a fantastic place to relax and enjoy a snack and a drink with your friends as you cheer on your favorite squads.

If you want the true hardcore Korean experience, then the best place to watch a game is at a stadium. The stadiums typically only will broadcast the games in which South Korea is playing, as that is obviously when the highest number of people come. I traveled to Daejeon’s World Cup Stadium for the first South Korean match against Russia, and it certainly was a memorable experience. Although the game was at 7:00 A.M, there were still thousands of fans in attendance, an army of Taeguk Warrior supporters ready to cheer on their beloved team. 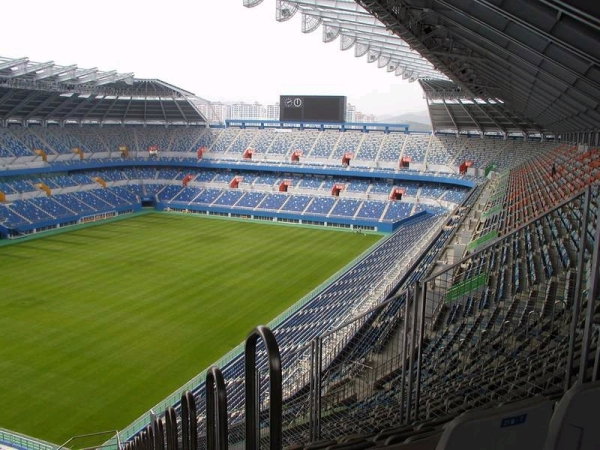 The crowd was quite intense, screaming with frustrating at every missed chance and erupting in ecstasy when South Korea broke through in the second half with a goal. Even though it was quite apparent many of the fans in attendance were not exactly diehard (you could tell many of the women were sporting brand new jerseys that had probably been purchased earlier that day), it was still a fantastic atmosphere in which to watch a World Cup game. 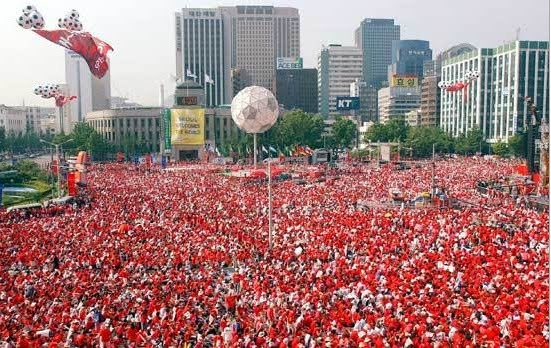 So, even as I finish this blog I am already looking ahead to when the United States plays Portugal and South Korea plays Algeria. Hopefully by the time you read this, both teams will have advanced to the next round. Enjoy WC 2014 everyone!

Tags: cultural experience, GS 25, Activities to do in Korea, sports in Korea, teaching at Chungdahm