Who Says Guys Can't Have a Spa Day? A Trip to Yuseong Spa

Life in South Korea is not for the faint of heart. I slave away for 30 hours every week shooting the breeze with kids and confronting the depressing financial realities of a life with minimal expenses and far too much disposable income. All of these hardships can really weigh on a man’s soul and test his ability to endure, but luckily this weekend I had a chance to rejuvenate my body and mind with a trip to Daejeon's Yuseong Spa. Yuseong Spa (so famous that it has a subway stop named after it!) is a well-known locale among Daejeon residents, and certainly is a spot that any visitor should try to include in their tour of the city. For those of you not familiar with the area and unable to read English signs in the subway, Yuseong Spa can be reached by leaving the Yuseong Spa subway stop through Exit 7. 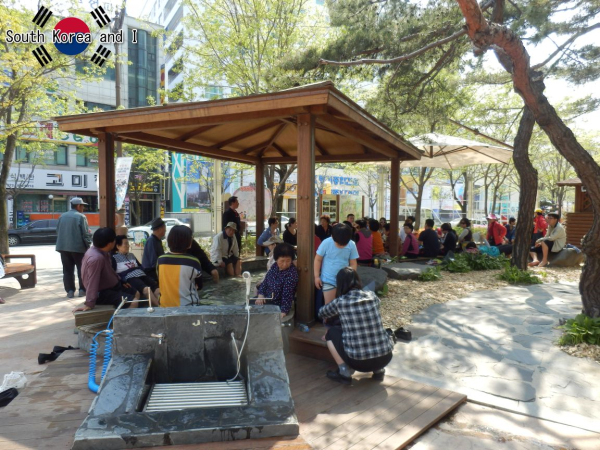 The Yuseong Spa (I suppose more accurately known as the Yuseong Foot Spa), is nestled between two busy roads, and does not seem like a place likely to boast one of South Korea’s most famous hot springs. But despite its being located right in the heart of Daejeon, Koreans still flock to Yuseong Spa to reap the supposed benefits of its alkaline waters. The “coldest” pool feels like your standard hot tub, while the hotter ones are more akin to dipping your toes into Yellowstone’s Old Faithful. The only thing more painful than gingerly adjusting to the scalding temperatures of the water is enduring the judging stares from dozens of elderly Koreans, who apparently do not see many foreigners venture into their steamy midst. Make sure to wash your feet before actually sticking your feet into the water, and also be prepared to have every movement be scrutinized while doing so. Even before we actually sat down in the pool, an older Korean woman politely asked if we had washed our feet, so this is clearly a part of the Yuseong Spa ritual that cannot be ignored. This seemingly simple act was one of the most stressful experiences thus far in South Korea, just because I did not want to break any sacred Korean spa taboos as I felt myself melting under the withering stares of the regulars. 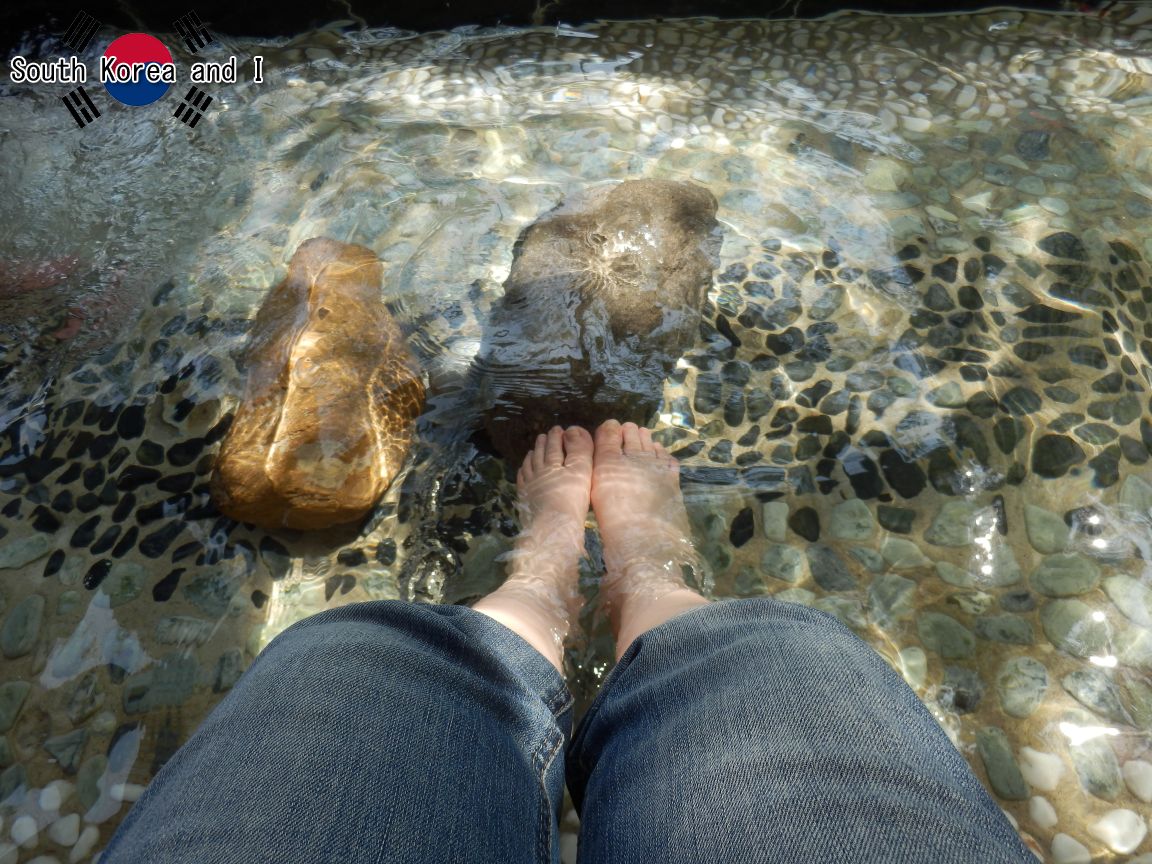 But judgmental Koreans aside, spending time at the Yuseong Spa really is an enjoyable experience. It is an oasis of relaxation and tranquility amongst the hustle and bustle of the city, and helps contribute to a bit of a surreal experience overall. Since it is such a popular destination, there are many restaurants surrounding the hot springs to satiate the appetites of hungry spa-enthusiasts. Personally, I did not have the opportunity to frequent any of these eateries, but I would imagine they serve as an excellent conclusion to an arduous day of foot soaking.

My favorite part of the whole day was drying my feet with the help of a high powered air hose located right next to the water. Now perhaps I just have the maturity of a 5 year old, but it was quite enjoyable for me to blow the air between my toes and listen to the humorous sounds that resulted. Personally I think that if you don’t laugh at a fart noise then you must hate freedom or support terrorism. But then again maybe I am just a bit too passionate in my love for flatulent sounds. 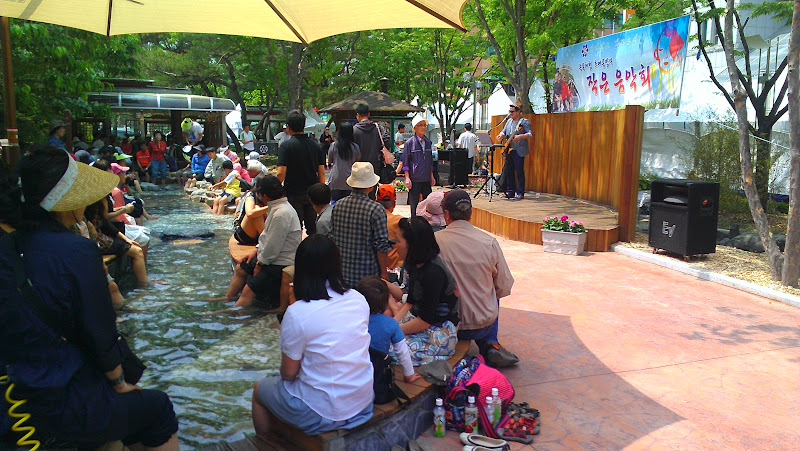 Overall, the Yuseong Spa is a unique experience that provides the steamy bubbling waters of an Icelandic hot spring, but it is so conveniently located that it only requires a hop on the subway. I certainly recommend it to those looking for a relaxing way to enjoy a lazy summer afternoon. As a man with truly vile feet, I can honestly say my feet have never felt better!

Tags: Korean culture, Activities to do in Korea, Health in Korea, spa in Korea, Relaxing in Korea