Of course, as the name suggests, the main draw of this classy event is Boryeong’s mud, which is high in minerals and highly regarded for its supposed healing properties. The actual mud area itself is quite small, and is in a cordoned off section right in front of the Daecheon beach. I suggest getting there early, because there are limited tickets (they were actually sold out when we arrived, so we had to use the free mud fountain instead like some lowly plebs). But luckily, we still scrounged together enough to be liberally covered in mud. The mud itself is super thin and smooth, so it actually feels good on your skin.  I was expecting it to become super itchy as it dried, but surprisingly that was not the case. 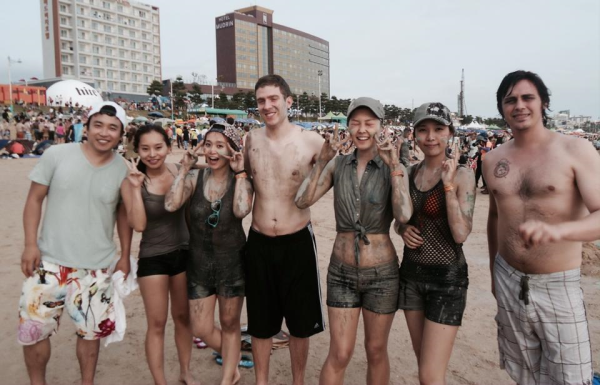 Personally, I enjoyed the mud but the beach for me was the most entertaining aspect of the trip. I heard from multiple people that the beach was dirty and unimpressive, but apparently my sources use some idyllic Caribbean beaches as their means of comparison because I found it to be perfectly fine. It was clean (well at least at the start of the day before the hoards of foreigners started tossing bottles) and the water was surprisingly warm. Our late night swim was the perfect way to cap off the day’s festivities, even though it was interrupted by smiling policeman who politely asked us to exit the water. 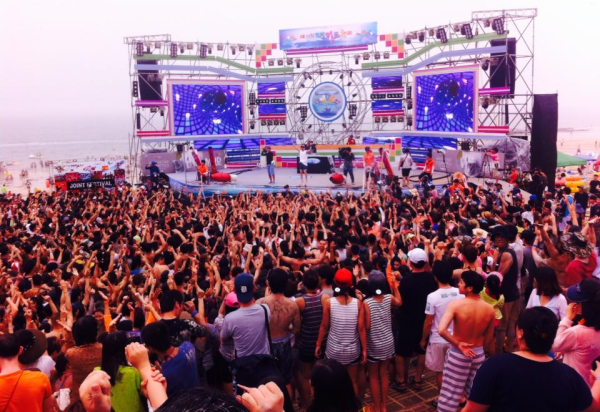 There is a big stage with concerts and contests running all throughout the day. I somehow found myself embroiled in a fierce tomato war, where for some reason we started being pelted with hundreds of tomatoes. Well since were Americans and not French, we weren’t going to just surrender and take that assault lying down, so of course we picked up and started firing them right back. 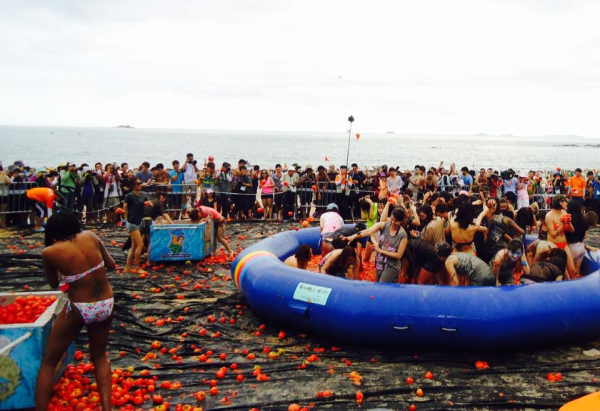 The party continued into the night, spilling onto the streets, where we found some of the freshest and best-tasting seafood I have sampled thus far in Korea. The atmosphere of the entire city was incredibly relaxed and welcoming, and the locals did not make a fuss about shirtless and shoeless foreigners strolling into a convenience store or restaurant. This was crucial for me, because during the course of the day I managed to lose not only my sandals but also my shirt, so I was just walking around the city like a mud-covered beggar. Overall, Boryeong is an experience that I highly recommend, and I will leave you with a few tidbits of folksy wisdom that can help you make the most out of your weekend. 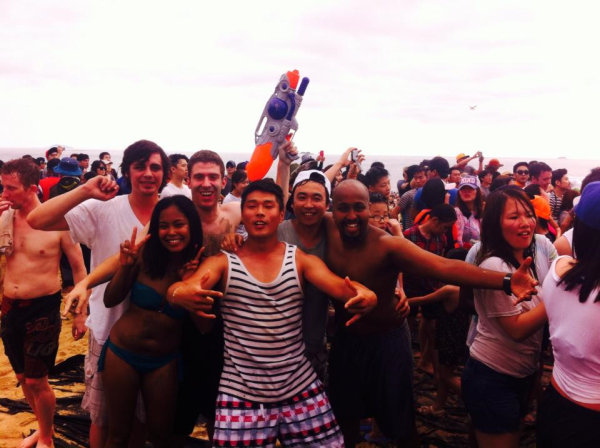 There you have it. I am now going to douse myself in aloe and go on a mining expedition to dig out the residual mud from my ears and belly button.