4 Fun and Intense Runs in Korea

Many people who have been to South Korea have come to realized how self-conscious many Korean people are regarding their looks. Korea leads the world in plastic surgery and also in men’s grooming product sales. It is interesting when I have my middle school boys tell me that they need to go on a diet and when my younger girls tell me that they want to have plastic surgery. Although there is lots of pressure to look beautiful or handsome in Korea, there are some fun ways to do it. Hiking is a tradition here as well as playing sports next to one of the many parks located near the Han River. Many of these parks have weight and exercise machines that citizens can use for free. But there are some of us who like to be on the move. Here is a list of some of the most fun and intense runs that Korea has to offer. 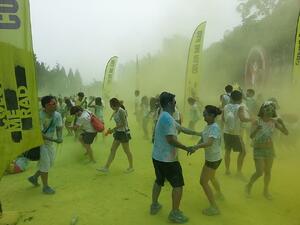 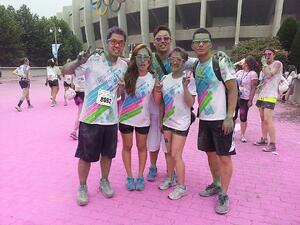 1) Color Me Rad – Color Me Rad draws out thousands of runners and walkers alike to run through its course and have different colors of paint thrown at them. This is the same corporation that holds this event in cities all across the world. This year, it was held at Olympic Sports Complex and people came out wearing different costumes to run/walk the course. My favorite part is the giant party that they throw at the end of the race. They had different Kpop entertainers perform while finished runners threw packets of paint into the air. 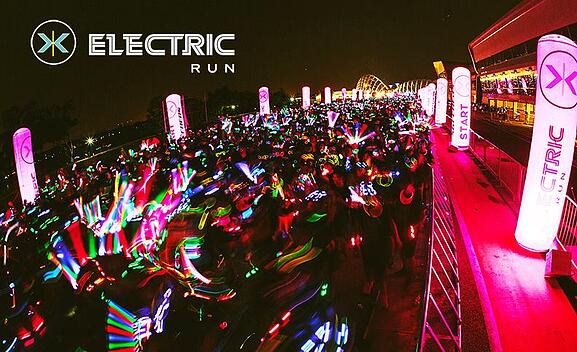 2) Electric Run Seoul and Busan – One of the most highly anticipated events will be coming to Korea this year. Electric Run is a 5K run/walk where the participants use glow sticks and LED lights to help light up the course. Not only that, but typically the course is lit up with colorful neon lights. While they run around during the night, electronic music plays to keep the participants energized and to create a dance/club-like atmosphere. 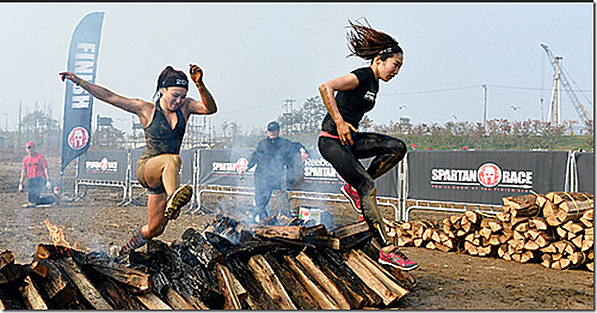 3) Spartan Race – Last year was the first time this grueling race came to Korea. This year, it was held at Daemyung Vivaldi Park and these racers were ready to conquer the difficult course that was ahead of them. This is definitely not for those who are expecting a simple run through the park. Racers must endure mud pits, crawl under barbed wires, and jump over fire to cross the finish line. Not only that, but there are 4 different types of Spartan courses runners can pick from Spartan (5km) to Beast Spartan (20+km). As a friend told me to go do this run with her, I backed out in fear that I may be that part of 0.01% who do not complete.

4) Nike’s We Run Seoul – This 10K run is similar to those that are done in different countries. The great part about this is that it takes runners through some of Seoul’s most historic and important places. Runners start in central Seoul near Gwangwhamun Square and finish near Yeouido Park (home of the 63 Building). Over 30,000 people participated and those who ran the course well were able to receive special badges from Nike. I remember trying to sign up for this the time open registration came up on their Facebook page. The site crashed within the first few minutes. I will have to give it a shot again.

These were some of the best runs that I could think of within Korea. I’m not the avid runner, but I do like to challenge myself. Are there any runs that you can think of that are worth doing?