A Fantastical Exhibit at the DDP in Seoul

Since the humidity and heat of the summer makes everyone want to stay indoors, I try to spend my weekends going to museums around Seoul that I haven't gotten to see yet. As part of this avoid-being-really-sweaty plan, each summer I keep an eye out for visiting exhibits that are worth checking out. The opportunity to see something cool and be in a nice air conditioned building? Sounds like an excellent Saturday to me. Recently, I was able to check out one of the current exhibits in Seoul, the Weta Workshop at the Dongdaemun Design Plaza. 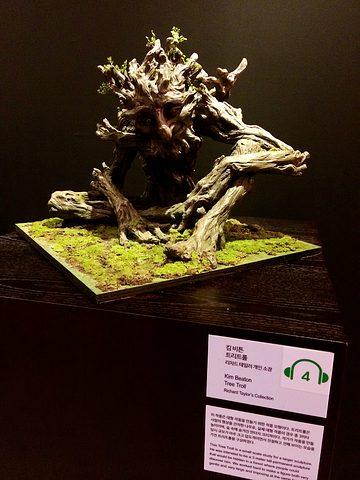 Living near a massive metropolitan city has its benefits, and one of my favorites is the number of touring exhibits that make their way to Seoul. I've been able to catch some really great ones in the past, and this summer looks to be equally promising. Recently, I went over to the DDP to check out one of their current exhibits, which features the work of the creative geniuses behind the special effects in films like The Lord of the Rings, Avatar, and The Chronicles of Narnia.

Before I get too nerdy here, I have to say, the DDP itself is an excellent venue for events like this. The structure has an absurd amount of space inside it, creating endless possibilities for future exhibits. In fact, check out their schedule here, which shows what new exhibits will be coming in addition to what they currently have going on. 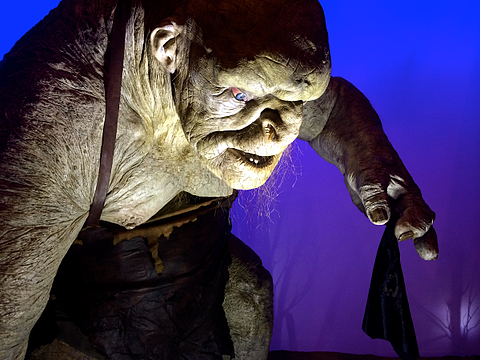 Troll from The Hobbit!

I'm a huge Lord of the Rings fan, so getting to take a closer look at the Weta Workshop's various creations definitely caught my attention. I've always wanted to tour their workshop in New Zealand, but have yet to have the opportunity. Getting to check out pieces from that workshop in Seoul? So convenient.

I'd read online that pieces from Middle Earth would just be a small portion of the exhibit, which was fine. The artistry that goes into creating the miniatures and models for the films and other projects that Weta has worked on is really incredible, so I was looking forward to seeing some of that in person.

To give you an idea of what the exhibit is about, I'm going to use some of the photos I took and their captions: 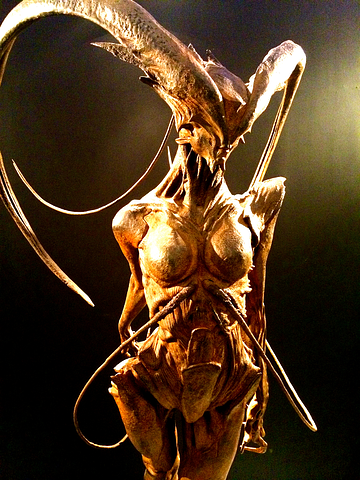 Much of the exhibit featured pieces like this -- not from any particular film, but showcasing the imagination and skill of the artists at the Weta Workshop. 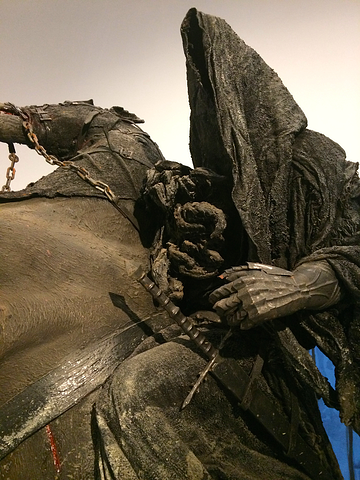 They did, though, have a giant Ringwraith, which made me pretty excited.

I think this room was one of my favorites. The detail that went into each of these little statues was just amazing. I spent a lot of time just examining them. 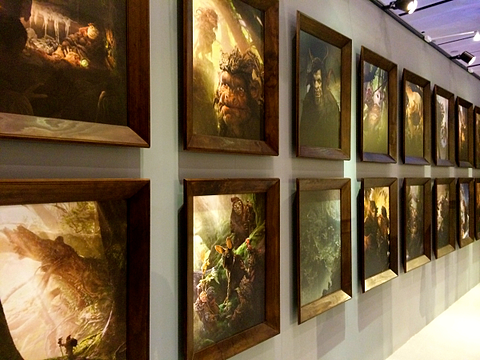 Rows and rows of illustrations were also featured, some of which are part of an upcoming book. These were wonderfully done. 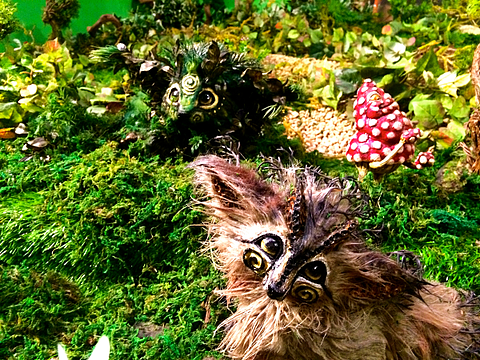 I loved these little guys too -- it was a giant diorama, full of these strange little woodland creatures.

Who remembers Fraggle Rock?! This drawing was mixed in with an assortment of other conceptual sketches and pieces, so I almost missed it!

Overall, I was slightly disappointed by the lack of Lord of the Rings pieces, even though I knew they weren't the focus of the exhibit. I enjoyed seeing the rest of it, though, simply because the detail and creativity in nearly everything in the exhibit was amazing. I recommend checking it out, and while the ticket price is a little high for the size of the exhibit (details on price and stuff below), it balances out with being at the DDP since it's free to explore otherwise.

So go check it out -- take advantage of living in a place that gets this exhibit. It's still running for a few more weeks and it's a cool way to spend a summer day in Korea!