When was the Korean War? Who was the runner up of Wimbledon 2014? Listen to music that mentions something about school and guess the artist and song's name. Read the first line of a novel and guess the novel's name. Where does the Korean president live? Who was the figure-skating world champion? Name the Defense against the Dark Arts teacher in Harry Potter and the Order of the Phoenix. Bonus round: Name all the countries and their currencies. TRIVIA!!! There is no better way to spend a Sunday evening! 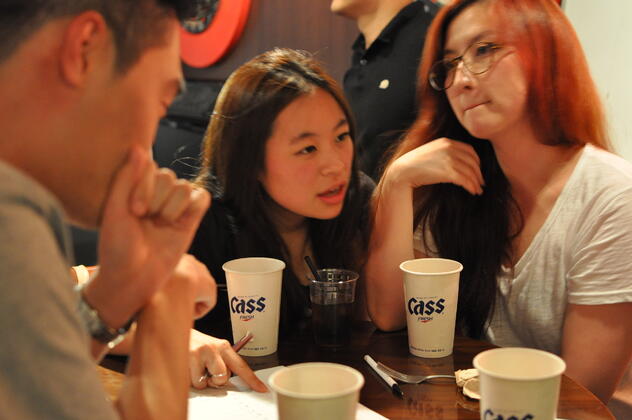 Chungdahm recently hosted a Trivia Championship at the Bull and Barrel pub in Itaewon. Plenty of Chungdahm branches competed at this event, and the top two winning teams were the Cheongdahm main branch and the Jamsil branch. The scores were tight between the two teams and there was only a half a point difference overall!

A great time was had by all participants and some sheer competition buzzed around the evening's activities. Teams consisted of a mixture of branches; it did not have to be in specific branches. This allowed all the competitors a chance to mingle with other Chungdahm friends that they might have met during training week or at any other functions or outings throughout their time in Korea. 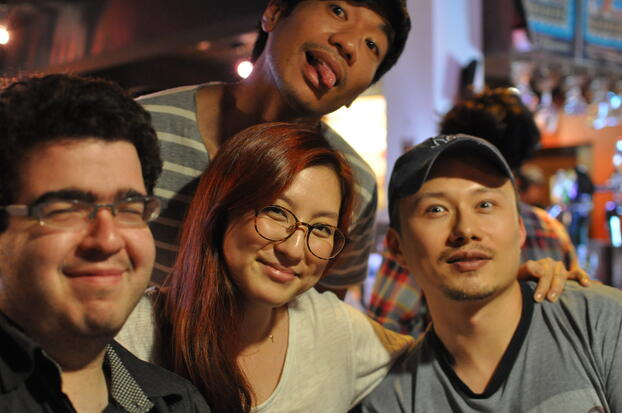 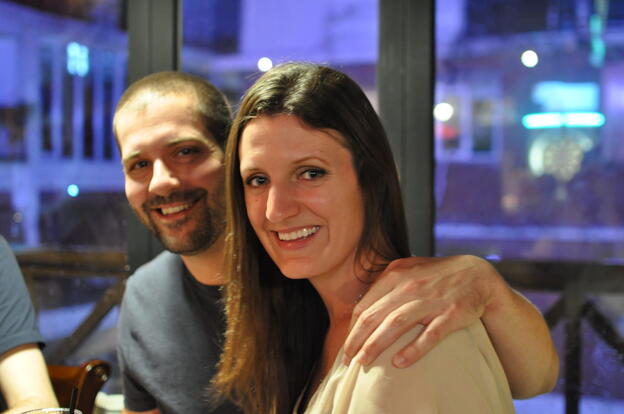 Tickets to participate in trivia cost 20,000W per team, which was reasonably affordable considering we got two free cocktails and some free snacks. The cocktail choices included any house spirits, amaretto sour and Bombay gin and tonic. The snacks were delicious and we were served chili-fries and quesadillas. All tables received a beer pitcher on the house and every bonus round there was an opportunity to win another beer pitcher. This for sure gave a lot of motivation for the trivia teams to race their way to the finish. 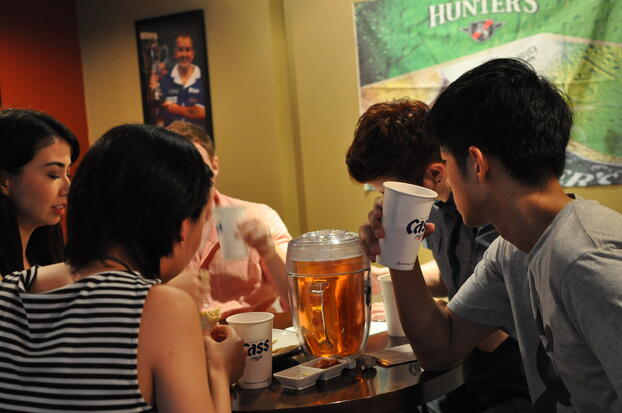 Teams playfully mocked each other's answers and there was a jolly atmosphere displayed by all competitors. Most teams came up with creative answers to questions they didn't know, which proviced their opponents some laughter. The trivia was divided into three rounds. And each round was separated by a bonus round. In each round there were three sets of 10 questions, and teams could request a repeat of some questions they were not sure about.

The most challenging section of the trivia was listening to music that had a school topic. Remembering the artist and the song name was more difficult than we thought! The easiest section was the trivia questions based on Disney movie theme songs. This section was thoroughly enjoyed by all teams. Everyone reminisced over some childhood favorites including such movies as the Lion King, The Little Mermaid, and Mulan.

The winning teams won cash prizes and there were raffle prizes as well. After the Trivia most teams stayed to mingle with other Chungdahm branches, which allowed people to make new friends and it also allowed people to split the cash prizes on drinks and food. There were also a few people that played some rounds of darts while others indulged in interesting shots and pizza slices. 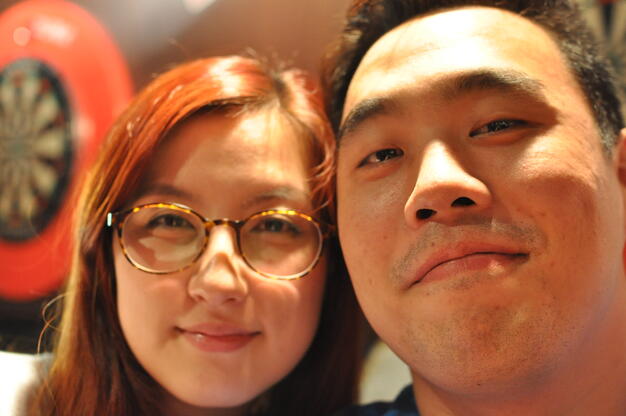 This event was hosted by the Chungdahm Sports Club. All events organized by Chungdahm clubs have been a lot of fun and are highly recommended for all Chungdahm teachers. It is a great way to meet new people and an opportunity to mingle with your work colleagues. The events I have attended thus far have been a lot of fun and it has been a great way to travel and experience Korea. For new teachers who may be joining the Chungdahm community soon, there are various clubs you can consider joining such as the Travel Club and the Sports Club. There are also classes you can take such as Korean classes and Photography classes.

Tags: trivia, social, teach in Korea, Activities to do in Korea, sports in Korea, teaching at Chungdahm, Nightlife in Korea