Off the Beaten Path in Seoul: Ihwa Mural Village

Given the amount of time I've been in Korea, I feel like I've managed to see a lot of the touristy spots and yet, I'm always looking for something new. As of late, I've also been looking for spots that are off the beaten path, which I usually find through reading blogs from other expats. This past weekend I was able to cross one of these slightly-less-well-known spots off of my Korea Bucket List by visiting the Ihwa Mural Village.

My friends and I went to this area after reading about it online. Murals scattered on the walls of houses in a neighborhood? Sounds awesome! That was basically all we knew as we set out for our sightseeing adventure. In researching the area for this blog I've learned quite a bit about its history, so get ready for some new knowledge.

As Seoul has grown over the years, certain neighborhoods have been forgotten in the rapid technological development. Some of these, which are located on the sides of mountains, are particularly untouched due to their undesirable location and poorer demographic. These areas are called dal dongnae, or moon villages, since being on a mountain puts them closer to the moon. While many have been demolished over the years, a few have survived. 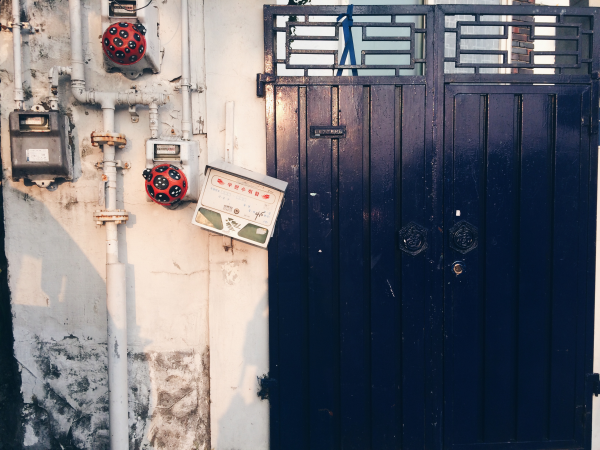 The neighborhood of Ihwa-dong is one of these moon villages, and it houses the murals we went to see. Setting foot in this area is like a bit of a time warp. Steep hills, narrow alleys, and surprising silence. There are no cars or delivery bikes zooming along, and the area is devoid of neon signs, making it feel like you aren't even in Seoul anymore, much less the 21st century. While I do think that the typical row after row of high-rise apartment buildings looks cool, these smaller, old-fashioned homes all stacked right next to each other are far more picturesque.

Over sixty murals fill Ihwa-dong, painted as part of the "ART in the City 2006" campaign by the Ministry of Culture and Tourism, which began in '06 to rejuvenate the neighborhood's image. To quote the Seoul Metropolitan Government's website about Ihwa-dong, the idea behind this project was to "improve living conditions through practical and financial help and support, as well as giving the area an artistic and cultural makeover." The beautification of Ihwa-dong is similar to the 2010 project to save Hongje-dong, or the "Ant Village," as well projects in other areas in Korea.

So, artists were hired, murals were mapped out, and now it's a tourist destination! Some of the houses have even been converted into restaurants and cafes, seizing the opportunity for revenue from all the wandering tourists. 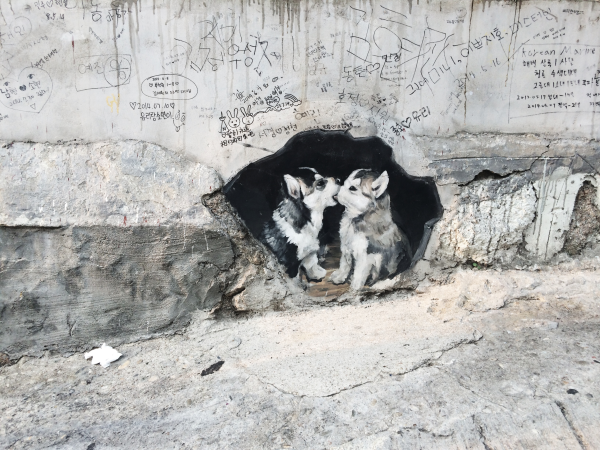 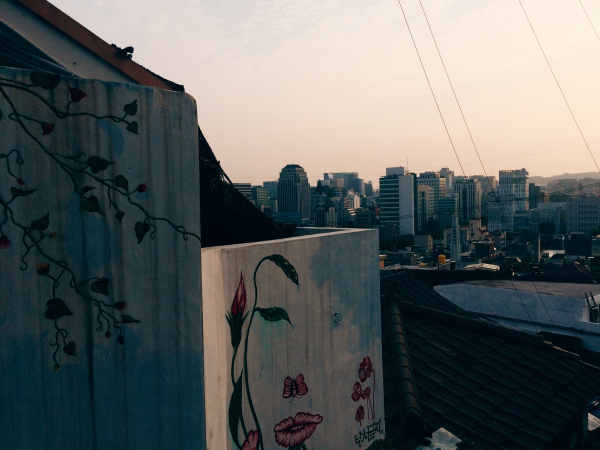 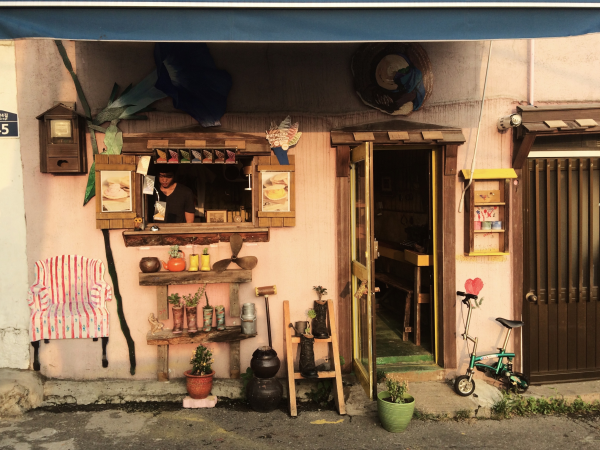 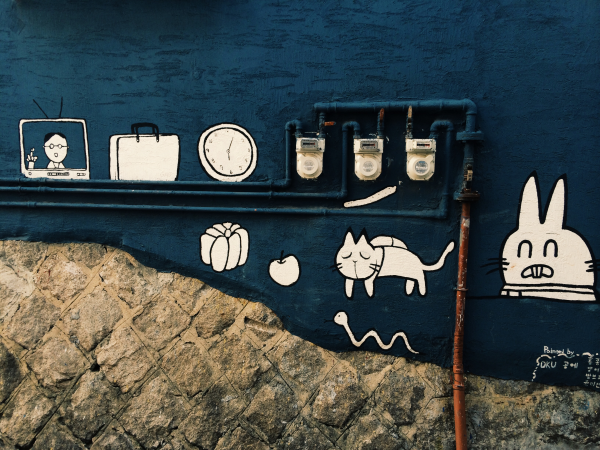 I don't think we even managed to see half of the murals -- we stumbled onto part of the old Seoul Fortress wall that climbs up Naksan and opted to follow that instead. (Stay tuned for that blog entry next week!) I'm really looking forward to going back to Ihwa-dong and spending more time there. The area is a maze of tiny alleys, so let yourself get completely lost as you wander around looking for murals. The quiet atmosphere, stunning street art, and historic neighborhood create an ambience that's really charming.

Have you been to any of the mural villages around Korea? Do you know of other spots worth checking out that are off the beaten path? Leave a comment below!

Tags: a year in Korea, seoul, things to see in korea, art, things to do on the weekends, ihwa mural village, naksan park, Activities to do in Korea, Weekend activities in Korea