While on my mission to scour Seoul for spots I haven't visited in the past (almost) three years, I came across a blog entry for a place that definitely seemed off the beaten path. The description I read and the photos I scrolled through immediately caught my attention, so last week a friend and I made the trip out to the closed and derelict Yongma Land amusement park.

The amusement park didn't close for any creepy or ominous reason -- the family who ran the park simply couldn't afford to keep it open any longer. Since then, the park is still managed by Mr. Youn, who has an office on the property. Upon arrival at the park, you'll see signs on the gates and fences that ask you to call Mr. Youn so he can let you in. He charges a small fee of 5,000 won (~$5 USD) and then gives you free reign of the park. 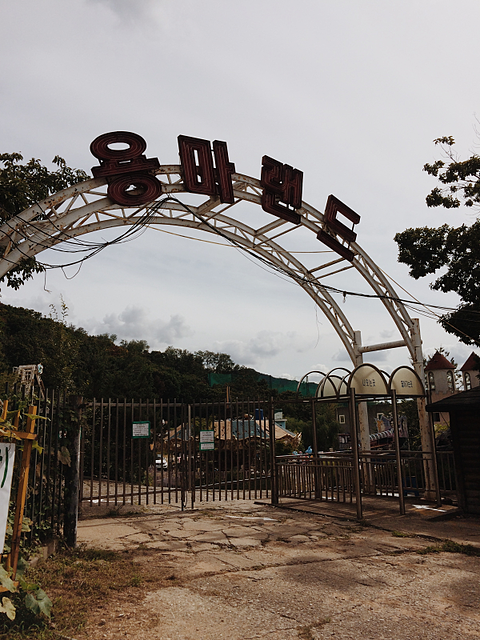 Yongma Land isn't big at all, and given its somewhat remote location, it isn't surprising that it closed down. Walking around, it seemed as if the final patrons of the park simply dropped what they were playing with and walked away. Toys and bumper cars are scattered around, smaller rides have tipped over, and everywhere you look you'll see signs of nature growing back up around the attractions. It has an eerie vibe, which comes not only from the feeling of being in a post-apocalyptic world, but also from the echoes of children playing at a nearby school. 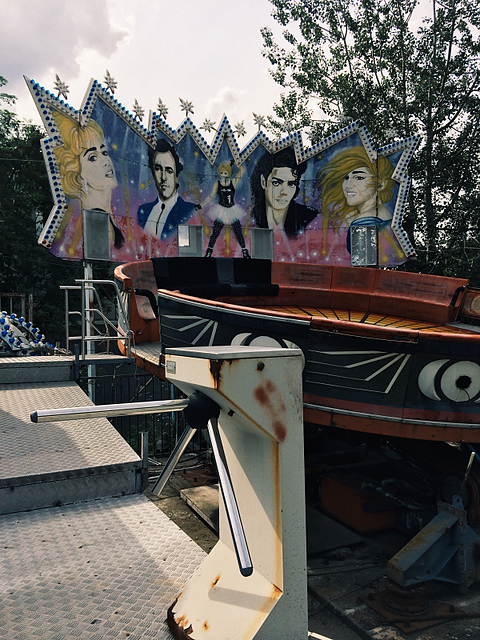 While we were there, it seemed we were the only ones just wandering around aimlessly. All the other groups were doing bridal or fashion photography shoots, with the models constantly cyling through outfits and striking poses on the various rides. You may actually recognize this park from various dramas and even Crayon Pop's popular "Bar Bar Bar" music video. 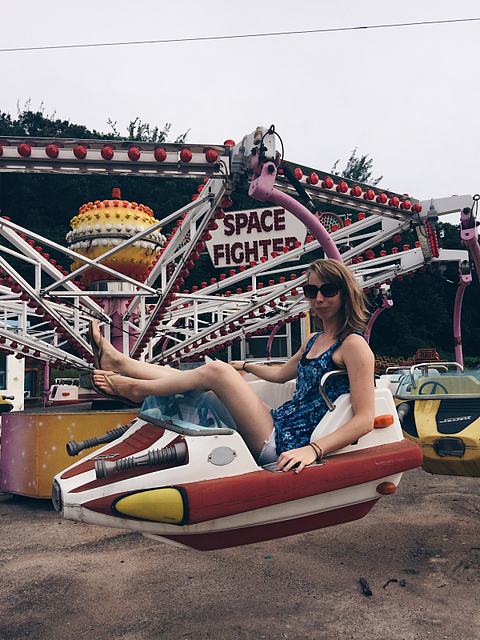 We might be a liiitle too big for some of these rides... 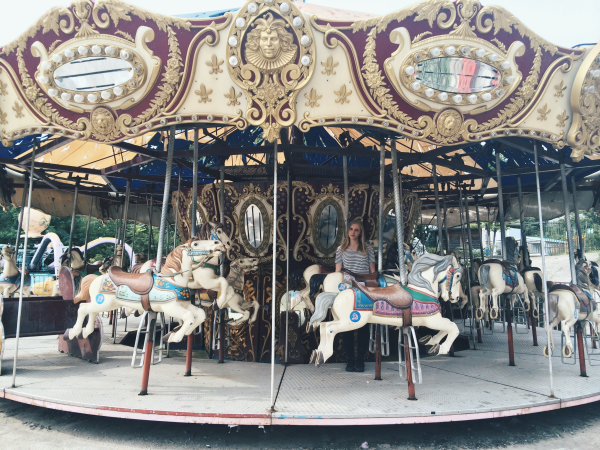 Apparently the carousel is still operational, and if you're at the park later in the evening, Mr. Youn will turn on the lights for you.

We spent hours walking around, climbing higher than we probably should have on various rides, and taking tons of photos. It's really a great spot for a photography adventure, as well as taking silly posed photos all over these popular amusement park rides. Let yourself get lost as you walk around and don't be afraid to go through doors and go up staircases that probably weren't originally open to the public -- and this includes going up onto the rooftops! Lots of old bits and pieces of the rides are up there, which also make for great photos.

Directions to get there were a little complicated, and we got kind of lost on the way. Our best resource ended up being Google Maps, so here's a screenshot, with the location dot being on Yongma Land:

Mangu Station Exit 1 is the closest to the park, so I would recommend going out that exit and pulling out your map app of choice. Have fun exploring!

Have you been to Yongma Land? What about other abandoned spots in Korea? Leave your comments and recommendations below!

Tags: things to do, Activities to do in Korea, yongma land, off the beaten path, Weekend activities in Korea