Did you know that Korea has over 3,000 islands off its coasts? Did you know that dozens of these are right off the coast of Incheon? I haven't spent nearly enough time exploring the islands in my area, so I decided that I needed to make up for lost time. The long weekend for the Chuseok holiday seemed like a perfect opportunity to spend time on a beach, so some friends and I headed off to Muuido, one of Incheon's most popular islands, for some quality relaxation time. 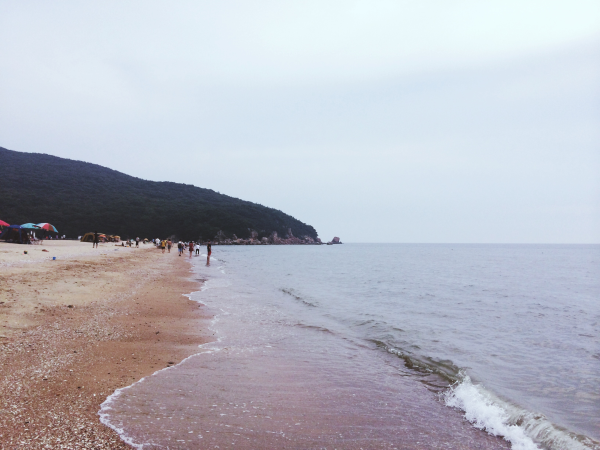 Muuido, which translates to "dancer's dress" in Korean (with the "do" meaning island), is quite close to the mainland. It's easily accessible from a ferry port on Yeongjongdo, aka Airport Island. You can catch a bus from Incheon International Airport -- at gate 7 of the third floor of the airport (which is for departures), you'll see a bus stop. Either the 222 or 2-1 will get you to the Jamjindo ferry terminal, and the bus ride should take around fifteen minutes.

At the ferry terminal, buy a ₩3,000 ferry ticket (which covers the roundtrip journey!) and get in line to board. The ferry schedule varies depending on the day and season, and the last ferry, from what I've read, is at around 7pm. However, this is always subject to change and I would advise arriving earlier if you want to ensure that you'll make it to the island or back to the mainland, especially because you need to be mindful of the tide.

The ferry ride is absurdly short -- less than five minutes. Upon arriving, there should be buses waiting to take you around the island. Don't worry about which bus you get on, but definitely let the driver know where you're planning to go. The buses on Muuido take T-money, so you can use that to get around as well as using cash. The island is also quite walkable, as it's only 3 miles long and 2 miles wide, so if you feel like taking in the scenery on the way to the beach, go for it! 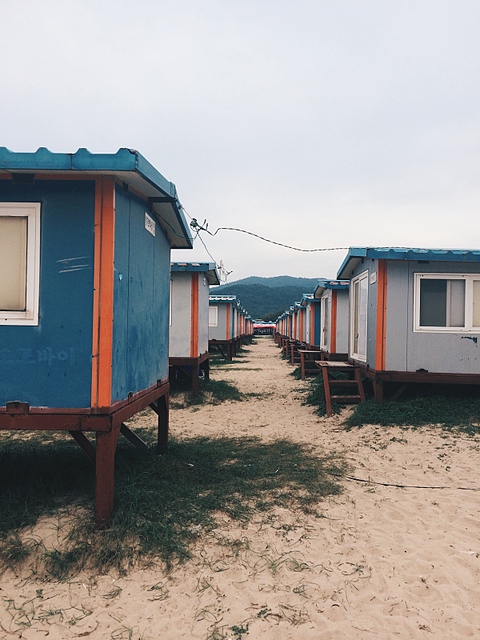 There are two main beaches on Muuido, Hanagae and Silmi. We opted to head straight to Hanagae Beach (which charges a ₩2,000 entrance fee) because we wanted to rent a little beach bungalow for the night. The bungalows are inexpensive and are really quite nice inside. For only ₩40,000, we were able to rent a space that came with blankets, pillows, and electricity. The best part is that ₩10,000 of that rental fee is just the key deposit, so it was refunded once we checked out the next day. These little huts sleep three to four people, so we were able to fit easily. It's also easy to get a room in a minbak, or pension, as they're all over the island. 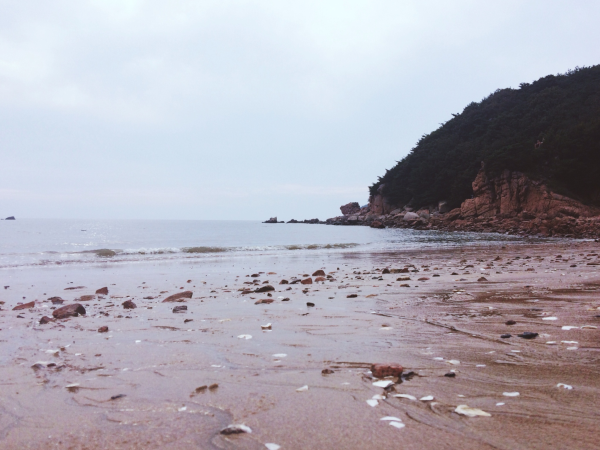 The far end of Hanagae Beach.

In addition to the beaches, the island also offers some good hiking, complete with excellent views of the sea and nearby airport. We spent most of our weekend just hanging out on the beach relaxing and enjoying the sunshine and the end-of-summer temperatures. The tide around Muuido is also quite interesting -- when it goes out, it goes out really, really far. People walked out for at least a mile when the tide was at its lowest, and we saw a lot of people digging for clams. Definitely check out this phenomenon when you're on Muuido because it's pretty bizarre.

This was probably about five minutes away from the beach and into what had been deep water.

And then a few minutes later, the shallow water I had been standing in became this.

When it comes to food, you have several options. The most obvious is bring your own and basically picnic. The more Korean version is to bring your own small grill and some samgyeopsal, which is so popular that you can actually rent little grills on the beach. Then your third option is to visit one of the beachside restaurants, which serve seafood and other Korean dishes. Even though it was a holiday weekend, all the beachside restaurants were open and quite busy, so we opted for one that offered a wide variety of dishes as well as a nice view of the sunset over the beach: 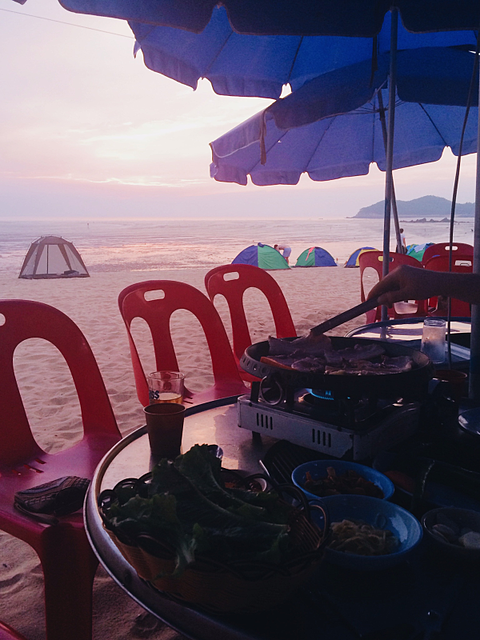 All in all, it was a great way to spend part of the long Chuseok weekend. Getting to Muuido is convenient, relaxing, and cheap, so definitely check it out!

Tags: things to do on weekend, things to see in korea, incheon, Chuseok, island, muuido, islands of korea, Beaches in Korea, Weekend activities in Korea