Koreans love their holidays. Who wouldn’t love an extra day off virtually every single month? After you move to Korea you will quickly learn that there are two important holidays that demand an extra long vacation. The first major holiday of the year is Seollal (Lunar New Year) while the second holiday Chuseok (Korean Thanksgiving) takes place every autumn season. When these holidays arrive, I expect two things: First, flights and trains out of Seoul are either completely full and ticket prices have doubled. Second, since everyone leaves Seoul for these holidays, the city gets eerily quiet. Many expat teachers head over to Itaewon, the Mecca of foreigners, to eat and socialize withfriends. 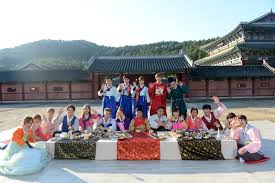 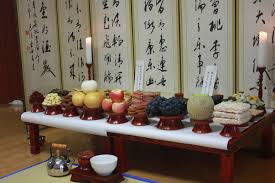 Chuseok, one of the major holidays in Korea,  is considered a ‘Red Day’ and if you are a Chungdahm Teacher, you should expect to get some time off.  Vacation time can be sparse at Chungdahm so plan your vacations appropriately. Once I knew scheduled vacation days for Seollal the first year I worked in Korea, I booked my ticket to Malaysia. Booking months in advance saved money on airfare and hotel prices.

Chuseok is the equivalent of America’s Thanksgiving Day. Although scholars believe there are multiple origins of the word "Chuseok," the word means ‘the great harvest’. It is a time where families gather together in their hometown to celebrate together and pay respect to their ancestors. Early in the morning, Koreans hold some type of memorial service for deceased relatives or visit a family member’s gravesite. Before the meal, Koreans will usually play some type of game. One of the oldest Korean games is Ssireum. This is like wrestling but with belts on. The objective is to have your opponent's upper body hit the ground before you do. It is entertaining to watch and many Korean variety shows use this as one of their games.

Afterwards, it’s time to bring out the food! Traditionally, Koreans will eat Songpyeon, delicious rice cakes with different fillings inside. Originally I did not like the taste of this snack, but after living in Korea for awhile, my taste buds have adjusted. I prefer the sesame filled songpyeon the most. Another tradition is to drink rice wine (fresh makgeolli). Many foreigners that I know do not like the taste of this drink, however, if you add cider to it, it really doesn’t taste that bad. Also, expect to find a lot of large, expensive fruit sets at the dinner table. I still get sticker shock when I walk into E-Mart or HomePlus and see the prices off these boxed pears and apples! Chapjae (Korean noodles) and Bulgogi (meat) are also a must at a Chuseok holiday meal. 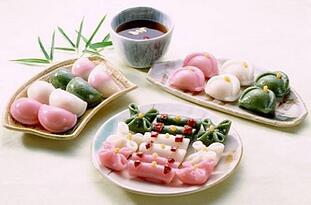 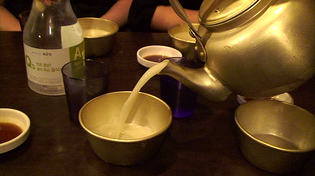 If you do not have anywhere to go for the holiday, make sure you stock up on food. Many restaurants are closed the days before and after the actual holiday. If you want to go out and not be by yourself during this time, I suggest that you  head to Itaewon or Honkuk University. Both places are typically sprawling with people and you can usually find restaurants that are not closed. If you want to do something cultural, I suggest that you go and visit one of the many palaces around Seoul or go to one of the museums. Many museums offer free or discounted entrance fees for the holiday season. Since Chungdahm teachers do not get a lot of free time, I strongly suggest that you use this vacation time wisely!