ChungDahm Teachers Head to Tokyo for a Weekend Getaway

With autumn quickly approaching,  a few of us teachers decided to take in the sights of Tokyo, Japan. Due to middle school testing over the last few weeks of September, my fellow teachers and I have had a lot of energy to burn off from not teaching. 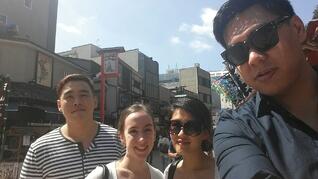 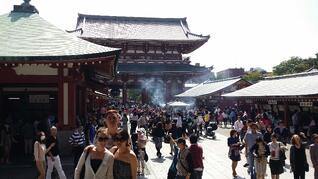 Leaving early Saturday morning, we got on an airport limousine bus for Incheon International Airport. We didn't realize how busy the airport would be for a Saturday morning, so it was really good that we left early. It left us a little bit of time to drink some coffee and do some Duty Free shopping. 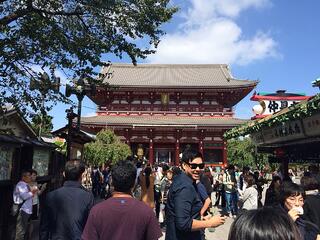 Two and a half hours later, we landed at Narita International Airport. It is farther from Tokyo but it was the best airport to fit our scheduled needs. The one thing that you should buy if you visit Tokyo is the Skyliner Train Pass and Metro Card combo. It cost 5100 yen  (about $50 USD) but it was worth the money.  It gave us roundtrip speedrail tickets to Ueno Station which is one of the major subway stops. Just to see a comparison, we checked how expensive taxi rides were.  Two rides of about 10 kilometers total cost about 4000 yen, and once we found that out we were happy that we purchased the combo passes.

Our hotel was located close to Asakusa which holds the oldest and most famous temple in Tokyo, Senso-ji Buddhist Temple. This is a great place to start your cultural tour and as well as get your souvenir shopping done.  We also decided to eat sushi and ramen there. The sushi was better in Japan there but I still prefer Korean ramen.

After checking into our hotel, we headed straight to Roppongi and Shibuya. Shibuya is known for its shopping and night life. I thought we may have had a shot to buy larger size clothing there but unfortunately that was not the case. So, instead of clothes shopping we decided to have a few drinks and eat some Japanese pancakes. Japanese pancakes are quite different from the Korean style that I am accustomed to. They were deliciously filled with meat. We had to go videotape Shibuya Crossing which is one of the busiest stations in the world. Similar to Seoul, Tokyo's subway lines close at 12 so we had to leave that area early. 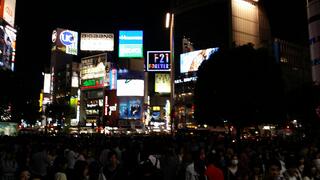 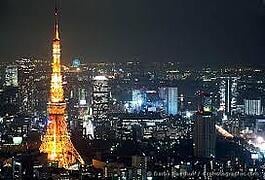 The next morning, we went to Harajuku which is famous for its quirky style of clothing. Unfortunately, I only saw a few Japanese wearing Harajuku style so it was quite disappointing. Luckily, there was a GAP clothing store that had a 40% discount sale going on so we could find larger people sized clothing. Afterward, we went to Shinjuku and ate tonkatsu and tempura. Despite it being a little pricey, we felt obligated try it. Also, since we were there I tried Japanese gambling called pachinko, and left still having no idea how to play. There was just a bunch of steel balls and flashing lights. Definitely not the type of slot machines I am used to having lived in Las Vegas. Leaving early the next morning, we took the speed train back to Narita station and headed for our hotel. 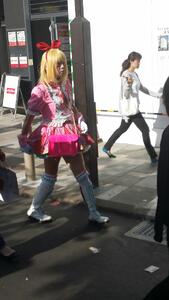 If you decide to live in Korea, visiting Tokyo should be one of the things that you aim to do. There is so much to see and do there. I think it would be best to visit Tokyo on a three day weekend or even longer if you have the time. Either way, it was a great time to take in the sights and be with some of the closest friends that I have made teaching at ChungDahm.

Tags: Teach English in Korea, Teach in Asia, teaching in Korea, things to do on the weekend, Japan from Korea, shopping in Korea, working in korea, extra money in korea, tourist attraction, Tokyo