Garosugil: The Trendy Area to go Shopping when Teaching in Korea

Korea is known as the fashion capital of Asia. In recent years, its fashion industry has increased the number of Asian tourists flocking to Korea to shop. When walking through Seoul fashion districts, the bustling crowds are full of Chinese, Japanese and Singaporean tourists who have just come to Korea to for clothes. Asian tourists travel to Korea for a shopping holiday and this has become more and more popular in the years since I arrived. When traveling to Taiwan and Beijing alike, the first words that the locals always say to me when knowing I live in Korea is “K-pop, K-drama and K-fashion.” 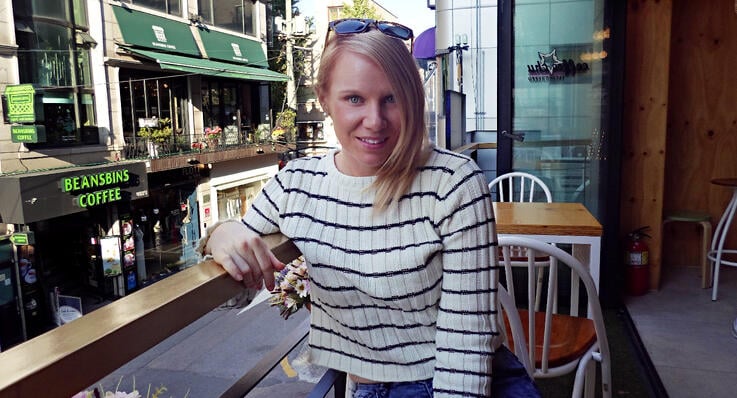 Garosugil is the fashion capital of Korea. More for the elitist shoppers, this street is known for its artsy décor and trendy fashion lines. The type of customers this area attracts are generally among the rich fashionistas of Asia. The streets are full of well-dressed trendy Asians, who know how to shop and how to look good. There are also some wild fashion numbers, but this is what we love about the Asian experience. If anywhere, this is the area in Korea where you can express yourself through fashion and be adored for it. 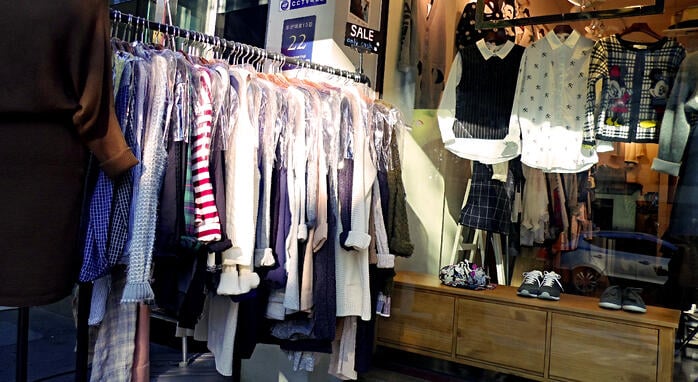 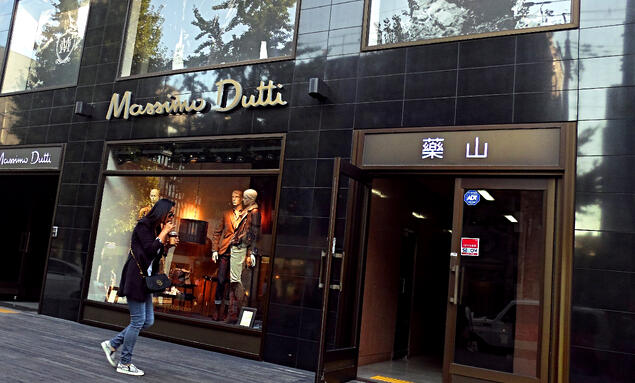 Garosugil is located in the upmarket area of Sinsadong. It is surrounded by other well-known classy Seoul areas such as Apgujeong, Gangnam and Jamsil. Finding your way to Garosugil is pretty easy, a cab from Gangnam is about $10.00, and it is 800m from exit 8 at Sinsa Station. It is also very easy to catch a bus to Sinsa Station from the surrounding areas, and the buses are a much easier way to get around Seoul. 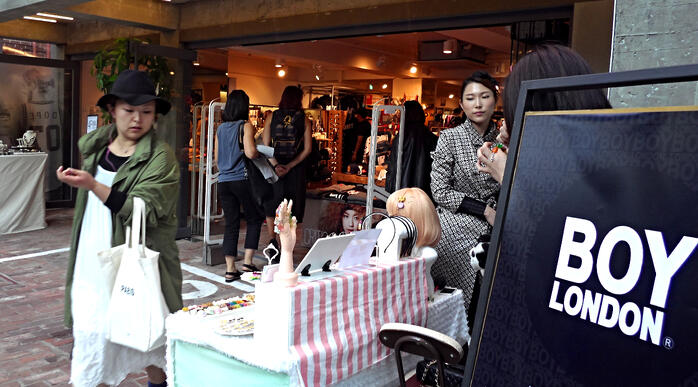 Garosugil is a long street that is decorated with artists and designers alike. The reason why this street has become so popular in recent years, is that it is less consumer-orientated than other areas in Gangnam. It is an area that has its own personality and flair, and is a more relaxed shopping experience compared to the Gangnam and Myeongdong districts.  Every shop in this area is run by different artists, designers, movie directors and musicians. It emanates a different style to the rest of Seoul and this is what makes it uniquely attractive. 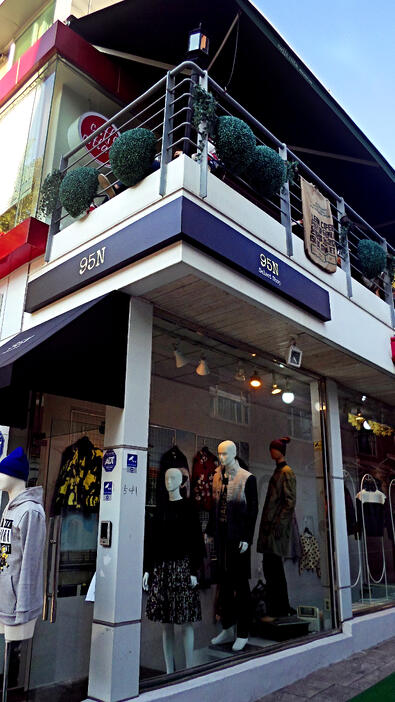 The street is lined with Ginkgo trees that stretch for nearly a kilometer. In Spring and Fall the street is a golden hue from all the Ginkgo trees, and the street sparkles at night time with its cute collection of boutiques and bohemian vibes. In the 1980’s Garosugil was famous for housing Seoul’s hottest art galleries. In the 90’s a rise of designers and artists who had studied abroad came back to Korea and began altering the area into a fashion speaker of Seoul. Garosugil shares similarities with the Soho district in New York, and the quaint shopping streets in Europe. 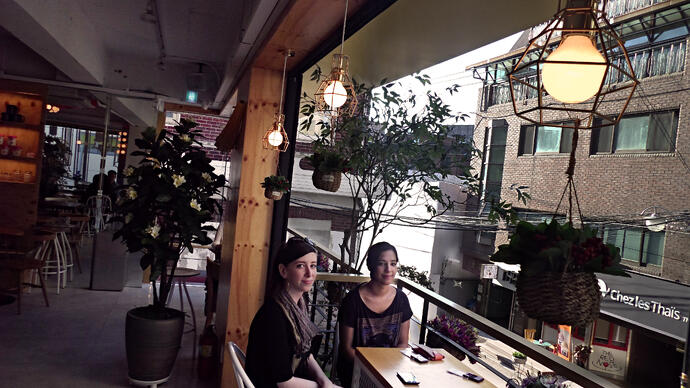 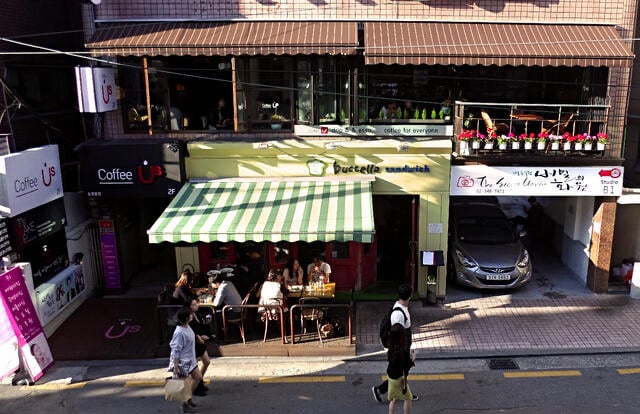 Although Garosugil is famous for shopping, it is also a place to hang out with friends, go out on dates, take photographs and make videos. You don’t have to shop till you drop as the street’s atmosphere is calming, there is a lot of room for strolling, grabbing a cup of coffee or walking your dog. Other activities  to do that are nearby are visit Dosan Park and the Coreana Art and Culture Complex. Also, if you’re not all shopped-out, Apgujeong Rodeo Street is nearby. There is also a big CGV Movie theater with a 4D experience and the famous Cine de Chef, where you can eat a lavish meal while watching a movie.

Restaurants and bars you should check out are the Meal Top, Ganga, Samwon Garden and Gaesong House.