This was not one of my top destinations to go to while I looking to teach abroad. Luckily, it was really great because I became friends with teachers who all spoke Chinese. All I knew prior to visiting was that Taiwan was an island, had disagreements with China, and that Taipei 101 is one of the tallest buildings in the world. For some odd reason, I really enjoy riding the elevators of skyscrapers. Traveling from Saturday morning to Monday morning is definitely difficult, but it is doable. 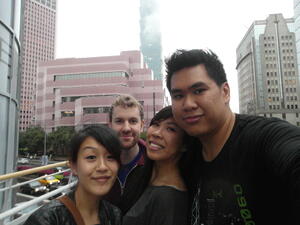 About three hours after takeoff, we landed in Taipei’s Taoyuan Airport. It was really easy for us to figure out how to buy tickets for an express bus that would take us to downtown Taipei. After we checked into the hotel and having our friends find us, Wi-fi there isn’t as expansive as Korea, we were on our way. Our first stop was to go one of the world’s most famous restaurants, Din Tai Fung, in its original location. It is famous for their xiaolongbao (steamed buns), which were ridiculously delicious. It is nothing like the one’s that can be found in Korea. The four of us ate so much yet we only spent about $60 USD. This is a must visit if you go to Taiwan. Afterward, we headed to Taipei 101 (currently the #6 tallest skyscraper). Despite the fact that it was cloudy and foggy that day, I had zero regrets going up. The views were unreal! 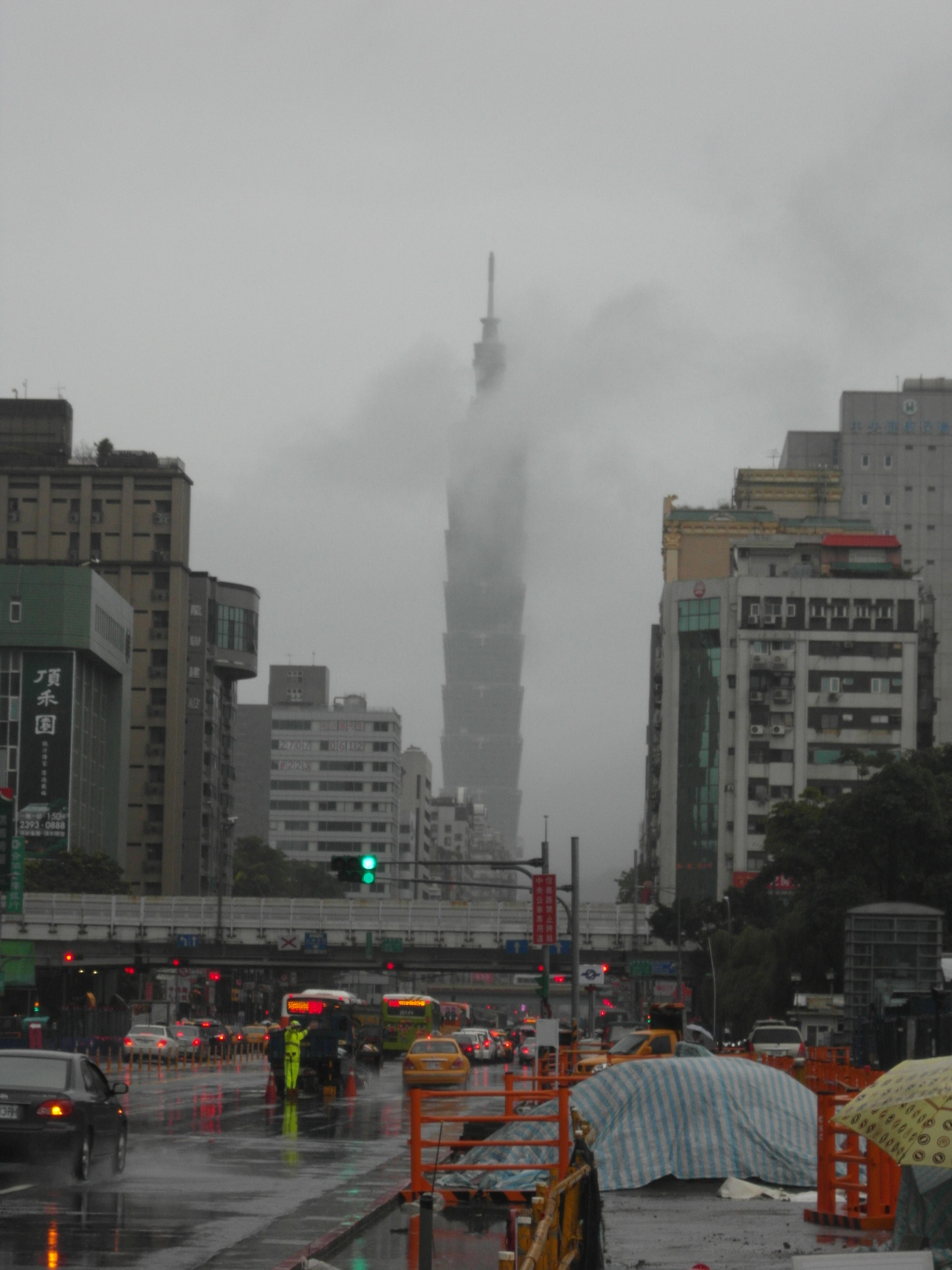 There was so much to do in Taiwan! After Taipei 101, we got dressed and went clubbing. We finished late, slept for four hours, and then went and rode the Maokong Gondolas in the morning. Near the Taipei Zoo, the cable cars are equipped with glass floors that can seriously test your acrophobia. It tested mine! Afterwards we went to some night markets for more delicious Taiwanese food. Two days seemed so short but so long when you don’t sleep! I must go to Taipei one more time before I decide to leave this part of the world. 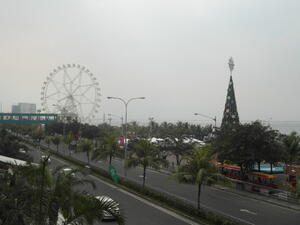 I know most teachers would probably stray away from visiting Manila or prefer to go to the beaches (Boracay or Cebu), but there is still a lot that the Manila-Metro area has to offer. One of the things that I liked the most was that the airport is relatively close to the area where my family lives. A suburb of Manila, Makati City and Taguig City is very foreigner friendly. Here, you can see many visitors and Ex-Pats shop, relax, and play. The one thing that I love about the Philippines is that it is pretty cheap. If you are into food and drinks, your money goes a long way here. If you stay in this area, as well as the Manila Bay area, I really feel that these are safest areas in Manila. Remember, if it is possible, take taxi cabs near hotels or shopping areas where there are guards. Make sure that you go to a taxi stand. One of the guards will write down the taxi plate number that you enter. If you are really afraid to travel there, reserve an Easy Taxi for more assurance. However, if you have Filipino friends that speak the language (Tagalog), it is great to travel outside these areas and get a feel for the Filipino life. My favorite places that I visited were Rizal Park and Intromuros. Going with my cousin, I was able to learn a lot more about my heritage and culture. Don’t be afraid to visit, the Filipinos are a friendly people! 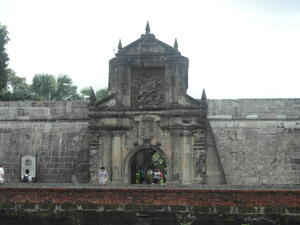 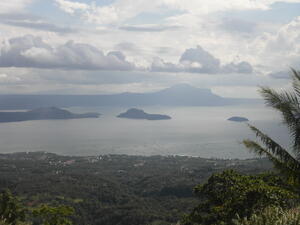 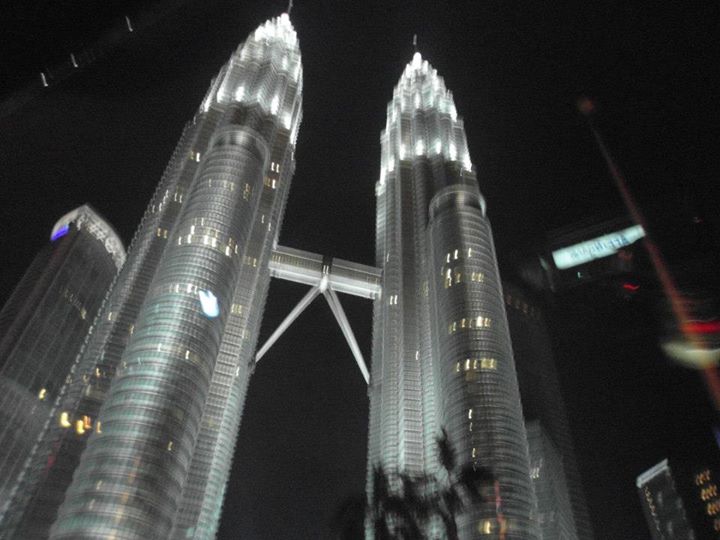 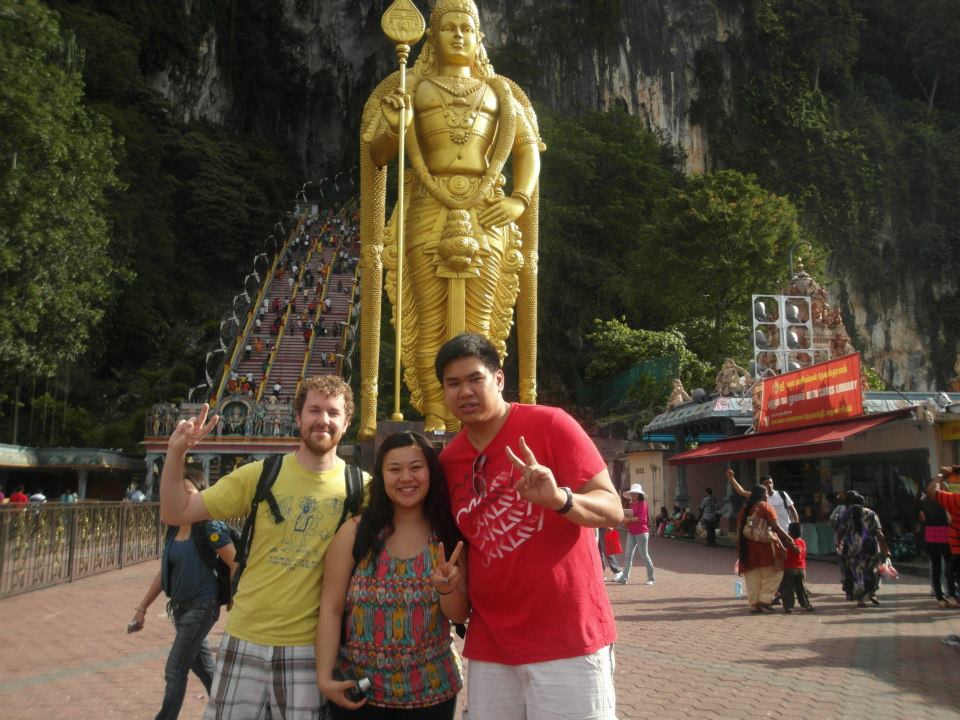 This is a trip that you can do for one of your holiday vacations. Roughly six hours away from Seoul, Kuala Lumpur was a trip that we decided to do for the Lunar New Year. Never in my wildest dreams did I think that I would visit KL, but it had two things that interested me: Lunar New Years activities and Petronas Towers. Again, I love visiting skyscrapers. But there were a lot of things that KL offers. They have some of the hottest curry that I have ever tasted in my life and like the Philippines, your money can go far there. We also made the pilgrimage to Batu Caves. It is a workout to climb up all those steps, but inside it was nothing that I would have expected. It is a Hindu shrine where worshippers and visitors alike come to visit and it is a quick taxi ride outside of KL. There you can see Hindu statues while monkeys run up behind you. Afterwards, from Banu Caves you can go and visit the Genting Highlands. A resort in the sky, literally it is up a mountain and then you have to take a cable car to go up even more. It is a family and adult destination. Genting Highlands is famous for its theme park, I believe it is one of the highest above sea level, as well as for its casino (if you plan to visit the casino, make sure that you are wearing pants). Getting around KL is pretty easy since many people there speak English.