Guide to Furnishing Your Apartment While Teaching in Korea

Packing up and moving to South Korea is to say the least a rather significant decision in your life. Personally, my parents looked at me like I had lost my mind when I proudly proclaimed that I was moving halfway across the world to teach English. But one of the perks of working at Chungdahm is the excellent support system they provide for you to assist in your transition to this country.

Unfortunately, they can only do so much for you, and the task of furnishing your apartment is completely on you. All Chungdahm teachers have a college degree, so I assume most of them have at one point lived away from the comforting confines of their parents’ house. But, even with all of your collective considerable moving experience, I feel that I can still crack an egg of knowledge on your heads when it comes to furnishing your apartment in South Korea,

I cannot speak for all Chungdahm teachers, but when I opened the door to my apartment, I was greeted with a completely bare room apart from a lonely double mattress and a desk. While it seemed daunting to transform my place from a depressingly sparse lair into something even resembling a decent living environment, there are actually a few tools at your disposal to help you out.

First off, as in many instances, the Internet is your friend. I don’t know about those beautiful people living it up in the bustling cosmopolitan metropolises (not sure of the pluralized version of metropolis) of Busan and Seoul, but here in the small town of Daejeon we have a magical Facebook group called Daejeon Peeps to help with your furnishing needs. For the newly initiated ex-pat, this group is a godsend for those in need of basically anything second-hand. When I first got to South Korea, I was perusing it a few times a day, always on the hunt for people selling their unwanted items. I’m sure other cities have their own respective Facebook groups for their ex-pat communities, but in case you are not so lucky, I’ve been told that Craigslist is a perfectly viable option here. My friend picked up a pretty decent couch from there, and if you are in the Seoul area then it is absolutely worth checking out. 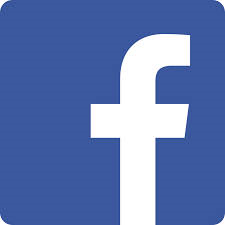 If sketchy Internet dealings aren’t your bag, then your fellow Chungdahm teachers are an excellent resource. Obviously, with this job there is a constant turnover of teachers at the end of every term, so always be mindful of who is leaving, and more importantly what they are doing with their possessions. Right around week 13, there are always couches and chairs and various items up for grabs, so make sure to make nice with your departing co-workers and snag those scraps from their apartments.

Finally, if you don’t trust your teaching comrades, then head to the streets to find some apartment swag on your own! There are always couches for the taking outside of the apartment complexes by the dumpsters, as Koreans for the most part just apparently decide to just leave their unwanted belongings on the street for any passerby who wants them. Honestly, half of my apartment consists of the furniture droppings from random Koreans, and I am not ashamed to admit it. Keep your eyes open, and you can actually put together a solid living space solely off second-hand furniture. 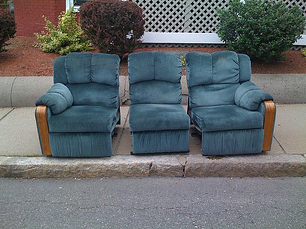 Clearly, if you are above used furniture, then this blog is completely useless to you. But at least in my case, hunting online and on the streets definitely helped me put together my apartment quickly and cheaply.