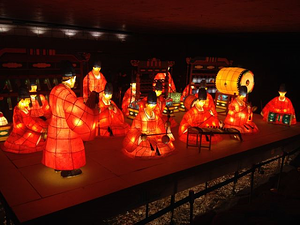 Lantern festivals are a must-see while you're in Korea. In April/May is the big Lotus Lantern Festival in Seoul to celebrate Buddha's birthday (as well as smaller lantern displays at temples all over the country!), Jinju hosts their own stunning lantern festival in October, and then the Seoul Lantern Festival ushers in the colder temperatures in November.

The Seoul Lantern Festival's sixth year kicks off November 7th with the theme "Seoul's Gleaming World Heritages." The displays of lanterns are divided into four sections, which will show off Korea's history as well as lanterns that represent other cultures and the festival's sponsors. Some of the displays are a single lantern on a platform in the stream, others are much larger installations. Some of them even move! It seems like each year, the lantern makers up the ante with their creations. 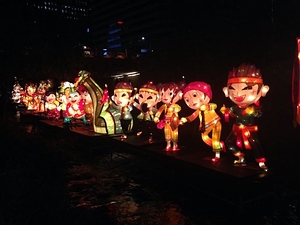 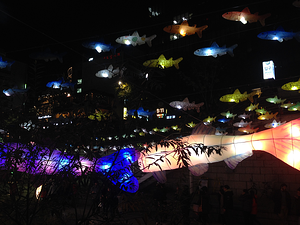 This festival was one of the first things I saw in Seoul when I arrived for Chungdahm's training week back in November of 2011, so it holds a special place in my nostalgic heart. Bundling up and leisurely strolling along the Cheonggyecheon is a wonderful evening activity, and the lanterns are truly beautiful. Make sure you check out a lantern festival while you're here!

Have you been to any of Korea's lantern festivals? Which one is your favorite? Leave a comment below!