Visit the Daejeon Area while Teaching in Korea

Now that the autumn season is quickly passing us by, I thought it was best to share my last experience hiking in South Korea for this year. Usually when I go hiking, I like to stay near the Seoul area but this time a couple of teachers and I decided to go hiking near Daejeon. Daejeon is the fifth largest city in South Korea and is known as the ‘Silicon Valley’ of South Korea. Here, you can find KAIST (Korean Advanced Institute of Science and Technology) University where many of my students aspire to attend. On a side note, KAIST is one of the top universities on the Korean peninsula.


We went with our friend Harry Yoon of The Seoul Expat Meetup Group. There were only a few of us hiking that day but it was well worth it. Departing Seoul Station at exactly 7:50, we arrived in Daejeon at 9:51 AM. Notice how precise these times are. The KTX train system is on time so if you decide to take a train in Korea, make sure that you are on the right platform when the train pulls in. If not, you may not be able to make it. 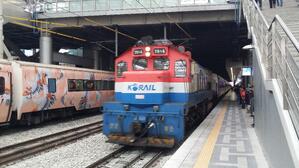 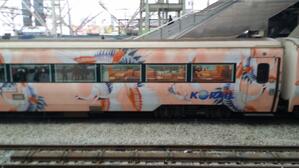 Roughly an hour later, we arrived at Daedunsan Mountain via a tour bus. Wow, I thought when I went to Seoraksan Mountain the colors of autumn were amazing, but this was nothing like I had ever seen before in my entire life. I was really excited to get out there and take pictures. Unfortunately, it was quite foggy for our trek but that did not deter us. After getting off the bus, we had some amazing dolsot bibimbap (mixed rice and meat in a stone bowl) and some delicious seafood pancakes. By far, this was the best seafood pancake I’ve had in Korea. 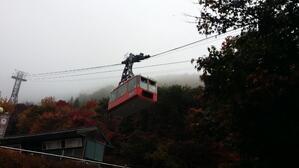 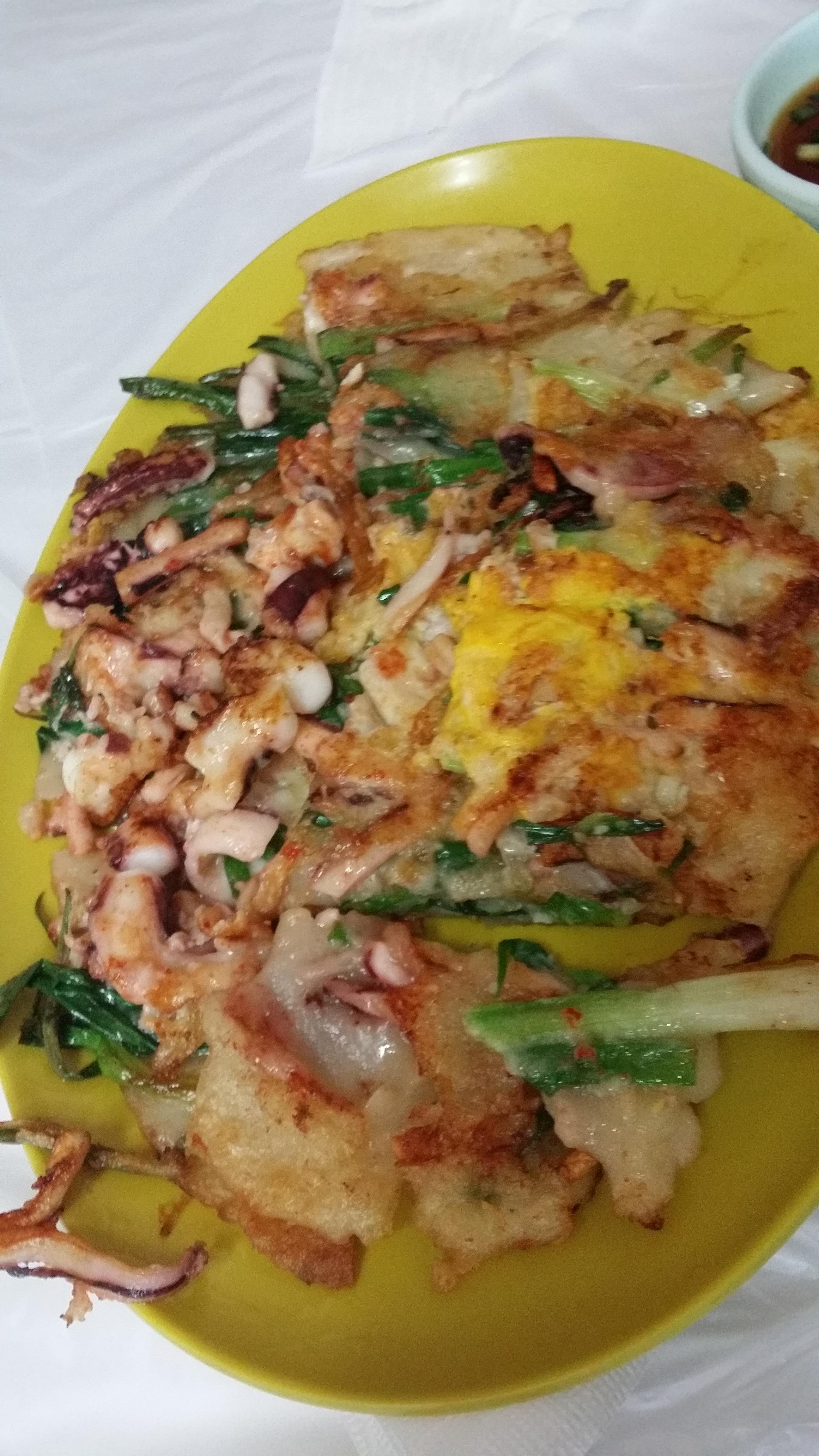 After our meal, we decided to take some pictures by the field across from the restaurant. We opted to take the air gondola and not climb because time was limited and the mountain was slick. If you choose to take the air gondola, make sure that you do it early because reservation times are limited. After a 6 minute ride over the colorful mountains and through the dense fog, we arrived onto the main mountain. There were a lot of people trying to reach various points. Lucky/unlucky for us we were able to do two main adventures on the mountain, the Samsun Bayul Rock (삼선바위) and Kum Kang Kulumdari Bridge (금강구름다리). The suspension bridge connects two points of the mountain. But the craziest part of this climb, was going up one of the steepest ladders I have been on to reach the top of Samsun Bayul. The ladder was at a 55 degree angle, the railing is only waist high, and it was a long way to climb up. I think if it weren’t for the fog, I would not have been able climb this ladder due to what seemed to be a ravine underneath. One of the worst parts on being on the ladder was the number of people on it. If one person close to the tops stopped to take a picture, everyone was helpless behind them. Finishing our trek, we took the air gondola back down and rested until our next adventure. 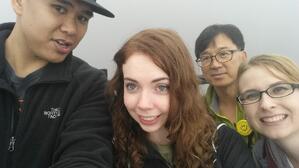 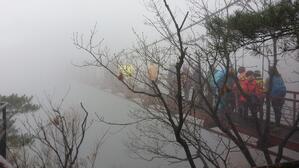 Apparently I didn’t look at the itinerary close enough, but I woke up from my nap looking at this fantastic area named Jangtaesan Recreational Forest. Close to Daejeon, it is a great place for families and friends to rent out cabins and explore the greenery around them. There was a peaceful stream and walkway marked by the area’s famous ginkgo trees. The best part was walking up the bridge to get a bird’s eye view of the area. Once reaching the top, it was breathtaking. I seriously want to take some friends and do some camping or MT-ing (membership training in Korean). What a great way to enjoy autumn! 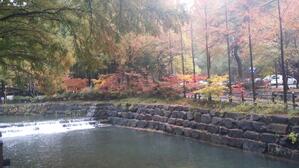 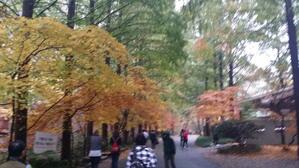 Now that the autumn season has passed, I’m still a little disappointed I wasn’t able to make it around to more areas. I never realized Daejeon would be such a great place to visit for the weekend and I can’t wait to make my way back there!

Tags: losing weight in korea, Teach English in Korea, Teach Abroad, Teach in Asia, English teacher in Korea, what to do on the weekend, Activities to do in Korea, hiking in korea, Korean dish, Daejeon, Weekend activities in Korea