Embrace the Cafe Culture while Teaching in Korea

I would argue a lot of South Koreans work hard to cultivate a certain image of sophistication and trendiness.  That suave aura that many Koreans strive for is achieved not only through their impressive sense of style, but also in their choice of hangout spots. For Koreans who fancy themselves classy and urbane, the idea of a café resonates quite strongly and has a powerful appeal in this country. I don’t know if Koreans want to seem Westernized or maybe just really just love hanging out in cozy environments, but there is no doubt that this country is a land of cafes, and the rapid spread of café culture has led to some interesting variations that offer a whole lot more than just coffee. 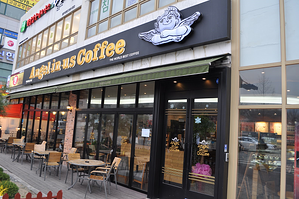 A discussion of Korean cafes must start with the simple coffee version. These are literally on every single street corner, and are arguably the only establishments more ubiquitous than convenience stores. From the big international chains like Starbucks and Pascucci, to the Korean brands like Angel-in-us, Tom n Tom’s and Caffe Bene, the wafting smell of Americano is inescapable in this country. Personally, I don’t drink coffee so they are all in my mind essentially the same exact place, but of course everyone has their preference. Most coffee cafes will also offer some type of yogurt smoothie or fruit juice drink, as well as a variety of dessert and sandwich items. Many of these are open 24 hours a day. It still blows my mind that no matter what time of day it is, you can typically find at least a handful of people relaxing inside, sipping away the stress of what I’m sure was an incredibly efficient and taxing day at the office. 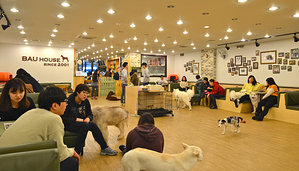 In addition to the standard coffee shop vibe, I particularly enjoy dog cafes. Yes, it is basically what it sounds like; a place to hang out and relax with your pooch and dozens of furry friends. The ones I have frequented have tables around the outside for the actual paying humans to sit, with a big open space in the center for all of the owners’ dogs to frolic and playfully fight with each other. Honestly, I was afraid that some of the bigger dogs were actually close to ripping the heads off some of the smaller (and more annoying) ones. Usually toys and snacks are provided for the dogs as well. 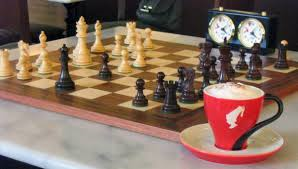 Finally, the other type of café near and dear to my heart is the game café. I can’t speak for all game cafes but the one I frequent has a mind-blowing array of board and card games, many of which I don’t even recognize. The reason we go to this particular game café is to enjoy the Cities and Knights expansion of Settlers of Catan (I will resist the urge to go on a full fledged nerd rant about the wonders of this game). At 3,000 won an hour, a game café is a great way to relax and satisfy your cravings of childhood nostalgia, or try something completely new. Either way, all I know is that I spent over 6 hours this Saturday crushing Settlers of Catan, and I wouldn’t change it for the world.