Hiking in Korea, as you've probably heard, is basically the national pastime. This past autumn, I've taken full advantage of Korea's mountainous terrain, trying to hike every weekend. With the weather getting cold, my friends and I carefully mapped out the final hikes of 2014. My favorite was a local hike, in my city of Incheon, at the nearby Ganghwa Island where we climbed up the famed Manisan. 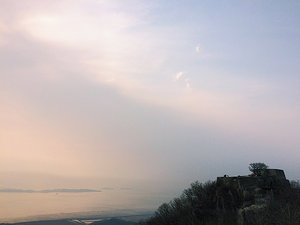 Ganghwa Island is technically part of Incheon, and one of the many islands off the west coast of the Korean peninsula. We were able to take a bus out to the island's bus terminal, where we then caught a local bus out to the entrance to Manisan's trails. (There's a tourist information desk in the bus terminal, and they were extremely helpful when we needed information about which bus would take us to Manisan.)

Once you get to the park surrounding the mountain, there's a small fee to enter -- W1,500. Just follow the large path and the other hikers on up to the beginning of the hike. 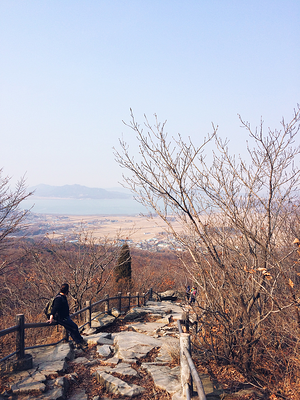 Manisan stands at 469 meters (or 1539 feet) above sea level, and it offers two hiking paths. We took the tougher route, the Stairway Path. As you can guess from the name, there were a lot of stairs, as is quite common with hiking in Korea, but this mountain is definitely worth the work. It's a pretty sharp incline straight up, but the view from the top is pretty amazing. It was a hazy day when we went up, but the panoramic view of the islands and East China Sea was still spectacular.

Historically, the island has been an important part of Korea's past, as it's been invaded by several countries. More interestingly, though, is its role in Korea's ancient history. In fact, Ganghwa Island has a cameo in the myth that surrounds the creation of Korea and its people. It's said that Korea's founder, Dangun, built an altar on the top of Manisan, in order to make sacrifices to his ancestors.

When you hike up Manisan, you'll find Chamseongdan Altar, which is believed to be the very altar Dangun built over 4,000 years ago. Throughout Korea's dynasties, the altar was preserved and periodically rebuilt, with kings even making the climb to perform rituals at this historic spot. Each year, on Gaecheonjeol, or National Foundation Day, ceremonies for Dangun are still held at the altar. It may or may not be plausible to believe this is the very same altar, but it's interesting nonetheless. 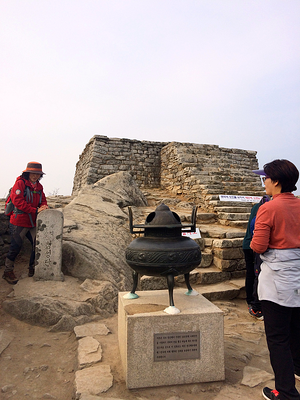 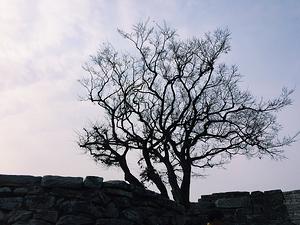 Also at the altar is a single Korean Hornbeam tree, which was designated as a cultural asset as it's considered to be the largest and most beautiful of its species.

It's a short hike compared to most, taking about half an hour to forty-five minutes, and the payoff at the top is a great one. I highly recommend making the trip out to Ganghwa Island for this hike, and while you're there, enjoy learning a bit about the history of Korea! 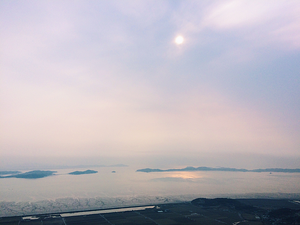 For more information, including directions to Manisan, check out the Korea Tourism Organizaton's page about the hike.