Managing your Classroom at ChungDahm: Part 1

Ah, the magic of Week 1 at ChungDahm. A special time when you welcome in a new batch of starry-eyed youngsters, with their faces gleaming with anticipation at the prospect of spending the next three months with you. OK, so obviously that is a bit of a sugar-coated version, but it is still a very important week, as it sets the tone for the rest of your term. Yes, I know I already covered Week 1 in a previous blog, so do not slam your computer screen in disgust, for this one is not going down the same road. This week I figured would be an appropriate time just to touch upon some of the finer points of managing your classroom. Classroom management is one of the most difficult aspects of teaching at ChungDahm, and of course every teacher has their own style and methods by which to keep their students in check. Obviously, I am by no means an expert on the art of teaching, and my suggestions may run against what you have been told or what you yourself do in the classroom, but I have found the following practices to be helpful. 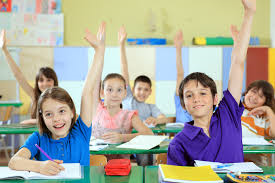 So with the implementation of Chungdahm 3.0 and Smart Learning and all that good stuff, teachers now have to confront the issue of the tablet, and the potential problems that can arise with it. Your kids are going to fool around with their tablet when they are supposed to be listening to you. I honestly cannot blame them, since if I had a tablet when I was ten years old I would totally be doodling constantly as well. But, you can at the very least limit their unauthorized use of the tablet with a firm hand. Always be on the lookout for the doodlers and the kids who inexplicably feel the need to fiddle with their tablet settings at all times. I personally will just stop talking and stare at a tablet offender for as long as it takes him or her to realize their crime. Typically, the rest of the class will also join me in just staring at the kid as he or she obliviously continues to draw, blissfully unaware of the 15 withering stares fixed upon him or her. Send a strong message that messing around on the tablet will not be tolerated, and it will help you immensely down the road. 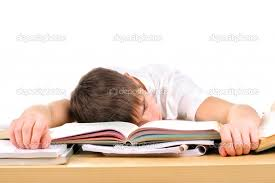 Another huge management issue, not necessarily in the realm of disciplining, is promoting a lively classroom atmosphere. This is typically not a big problem with the elementary kids, since honestly if you cannot get a bunch of little kids fired up and talking then you probably shouldn’t be teaching in the first place. But the big battle lies with the middle school kids, who at times can be agonizingly quiet. It is your job to facilitate discussion and encourage participation, and with certain classes that can be like pulling teeth. My advice is to go out of your way to build a rapport with them. It can be as simple as asking them about their day, or talking about sports or music. You just need to find some common ground with them so that they feel comfortable speaking. Personally, I tell my students a lot about myself, because if they feel like they know you then I find they are more likely to open up and share a little bit of themselves as well. 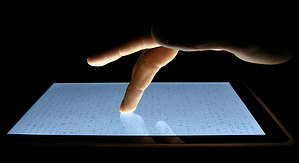 Alright, well apparently I had more to say on this topic than I thought. Whelp I guess this blog is gonna be a two-parter! See you next week for more life-changing teaching tips.