5 Reasons Busan is Better than Seoul

The second-largest city of South Korea has plenty to brag about, but the city tends to get overlooked when compared to Seoul. Having visited Busan many times, I’ve realized that Busan has a few things over on Korea’s capital city. 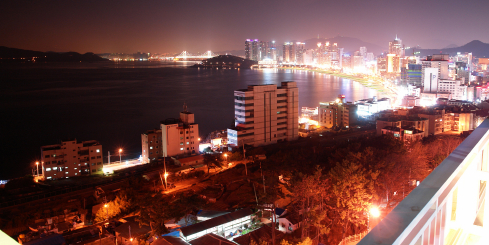 This list doesn’t include the tourist attractions around Busan – Beomeosa temple, a Museum of Modern Art, Hurshimchung Spa, Jagalchi Fish Market, Taejongdae (cliffs), and an excellent Busan Aquarium within walking distance of Haeundae. If you have the chance to take a job in Busan, don’t hesitate – take it!

Chris Backe is an ex-pat living in South Korea with a penchant for blogging and travel. Like about 20,000 other foreigners in Korea, he teachs English as a full-time job / source of income. When not teaching, however, he is out exploring the dynamic society that is Korea. Chris makes it a point to visit one new place, event, or festival every week. You can read more about what's going on in the land of the morning calm on his blog Chris Backe - AKA Chris Backe in South Korea!