How Safe is South Korea?

I cannot tell you how many emails I’ve received from my worried mother since I’ve been in South Korea. They usually start off something like this:

“Hope! I saw (insert over-dramatized event) on CNN! Are you alive?!! Stay away from the DMZ!”

When I began to entertain the idea of coming to South Korea, many of my friends and family members had questions and concerns about my safety: What about North Korea? Couldn’t they bomb South Korea at anytime? What if there was a war or natural disaster? Are there government entities in place that would insure my safety? And, more basically, would I really be safe as a young, white, foreign, woman living alone in a big city?

Though these are all valid questions that are asked because your parents and friends care for you, I believe that many of these concerns arise because the majority of the western population knows very little about life in Asia, much less in South Korea. And, if you don’t believe me, consider this question from a friend just before I set off on my adventure: “So, Hope...if you go to Korea are you going to be, like, living in a hut? You know, like they did in M.A.S.H.?”

So, to put some of your fears to rest and to arm you with accurate information which you can pass along to friends and family, here are some tips and tricks for staying safe while traveling abroad in the ROK. 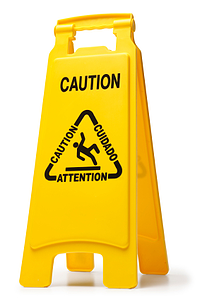 Tell your family and friends to rest assured since there are many things you can do as an ex-pat living in Korea to keep yourself safe!

The U.S. Embassy: The United States boasts an embassy in Seoul and I highly recommend registering with them before you leave the country. Once you’ve registered, the embassy knows that you will be living in South Korea for the amount of time that you specified. They can then put you on their emailing list, and alert you if there are any dangers such as political protests, natural disaster warnings, or evacuations. Trick: Urge your parents or friends to check the embassy website for updates, so that they can feel more connected to you and reassured.

North Korea: The fact of the matter is that the issues with North Korea and South Korea have been going on for over 60 years. South Korean citizens are no stranger to dealing with North Korea’s threats or demands. Thus, the general vibe emitted by the South Korean population regarding North Korean aggression is mild disinterest and weak concern, at best. Essentially, the North Korean government is viewed as a big bully who beats his chest from time-to-time and the South Korean government is well-prepared to handle any situation with this school-yard infant, should one arise.  Furthermore, many of the scuffles between the two enemy countries have been over-dramatized and blown out of proportion by the media. Rest assured, if a war were to break out, the U.S. Military and Embassy’s first responsibility would be to evacuate all U.S. Citizens. I’m sure this is also the case for Canadians living in the ROK. Trick: Before you head to Asia, familiarize yourself with South Korean, Chinese, Japanese, Cambodian, and Vietnamese history; in particular, learn all you can about the Korean War and Korea’s relationship with Japan. Koreans take the history of their country VERY seriously, so it will help you to understand the Korean mentality and to identify with some of the attitudes that your students might have about North Korea and Japan.

Natural Disasters:  Unlike Japan, Korea does not sit on the Ring of Fire and is not prone to earthquakes. I have been monitoring the situation of several American friends in Japan and, when the earthquake struck, they were able to contact their embassy and received aid from American troops stationed there. This would certainly be the case in the UNLIKELY event that a natural disaster were to occur. Trick: Monitor your emails from the U.S. Embassy regularly and know the location of the closest hospital and U.S. Military base should you need medical attention or assistance.

General Safety Concerns: As far as your general safety, I can personally say that I have felt safer living in S. Korea than in my hometown, on my college campus, or in the large, metropolitan American city were I lived and worked before I moved to Korea. Crime in South Korea is almost non-existent; theft, assault, and rape are very rare in rural areas and minimal in larger urban cities, such as Seoul. In fact, though I live in the medium-sized city of Pohang, I do not even lock my door when I leave my apartment (Shhh, don’t tell my mother!). Streets in South Korea are well-lit; there are taxis cabs everywhere, and foreigners are well-like and respected, so there is very little chance of you being harassed or bullied on the street. Trick: If your safety is a concern, particularly for ladies, make it a rule to always walk with friends at night. Buddy-up when you take a cab, and venture to the bars with male friends.

So, there you have it - my best advice available for staying safe while living in another country. Now pass this along to your friends and family to calm their fears, and don't let safetly concerns prevent you from coming to South Korea!

After receiving her degree in Secondary English Education from Indiana University, Hope Gately wanted to experience Korea's famous educational system, which is currently ranked #2 worldwide. She began teaching at the Pohang-Namgu branch of ChungDahm Learning in Korea last year, after being recruited by Aclipse. Since Hope is an avid hiker, foodie, and fashion enthusiast, she loves living in Korea and enjoys the mountains, cuisine, and "Kill-Heels." Questions about teaching in Korea? Follow Hope on Twitter at www.twitter.com/AclipseHope and email her at Aclipsehope@gmail.com!

Tags: Moving to Korea alone, health and safety in Korea