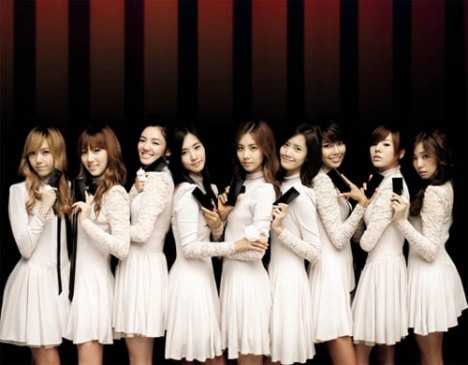 Having the newest smartphone is so important in Korea that advertisers will wrangle KPop stars to promote the newest products. Here is 소녀시대 (Girls Generation) promoting LG's Chocolate phone in 2009.

After arriving in Korea, if not properly prepared, you may be without a cell phone for a couple of weeks. Before receiving your Alien Registration Card (this is made after your arrival), you cannot register for your own cell phone contract, and so many teachers in Korea have to go a few frustrating weeks without a phone before getting their own. The best option to have a phone ready for your arrival is through a business called The Arrival Store. They specialize in securing the essentials for expats moving to Korea. Failing that, you could be ready to pay your existing smartphone’s international roaming fees, but these can get pricey. If you do opt to brave the few weeks without a cell phone, Seoul’s streets are simple to navigate and each subway has numbered gates, so meeting your friends in new, but specific sports won’t be difficult.

If you’re anything like me, then you’re a bit of a smartphone junkie and are undoubtedly wondering how to secure one while teaching English in Korea. There are a few ways for foreigners to do this and you’ll be thrilled about Korea’s data plan rates when you do. First, you can simply sign up for a smartphone with a contract. Until recently, this required a Korean co-signor, but a new cellphone retailer, Hulics, specializes in English service. Even though installment contracts still only exist for 24-month terms, there is a solution to that which segues into the next way to secure a smartphone.

Another way to get a smartphone after arriving to teach in Korea is to take over an existing contract from another person who is leaving. While this does limit you to a used phone, it means that much of the phone will have already been paid for on the installment contract. Personally, I took over a two-year contract from my friend for a Blackberry and the transfer process was completely painless. Often offers to take over cell phone contracts can be posted and found on Chungdahm's exclusive online message board. Since Chungdahm has so many teachers finishing and beginning new contracts, it is never too difficult to find a contract to take over or a person to take over your contract for you.

Finally, it is possible to register foreign unlocked phones in Korea. If you’re genuinely concerned about getting into a 24-month contract for a smartphone, you can bring an unlocked smartphone from home with you and simply register the IMEI number at your carrier of choice. For example, after not having wanted to enter into a contract, a friend of mine brought an iPhone 4 back from Canada while on vacation and simply had to register the number with a Korean carrier to secure a monthly data plan.

Hopefully, this has helped you weigh your mobile options a little better and shed some light on an area that is a common concern for foreigners moving to Korea. Extensive 3G and 4G coverage as well as a staggering smartphone selection will make your life more enjoyable after you begin teaching English in Korea.