Noraebang (노래방) literally translates to song-room and is the Korean form of Karaoke. Despite it being of Japanese origins, nobody can doubt Korea’s affinity for this pastime. I was sitting in a noraebang in Seoul with a friend this past Sunday afternoon when I realized that these rooms had been a big part of life for me and my foreign friends while teaching English in Korea.

If you’re anything like I was before coming to Korea, you are probably thinking “I was never a big Karaoke fan back home, so why would I start in Korea?” First of all, noraebangs are ubiquitous in Korea. They are an integral part of the Korean nightlife. In most neighborhoods, you can’t take two steps without seeing one. Second, they’re usually late-night outings paired with alcohol, so even the shyest of singers can build up the confidence to perform with confidence in front of their friends. I can’t name one friend who has come to Korea and not had their opinion of karaoke drastically change whilst here. 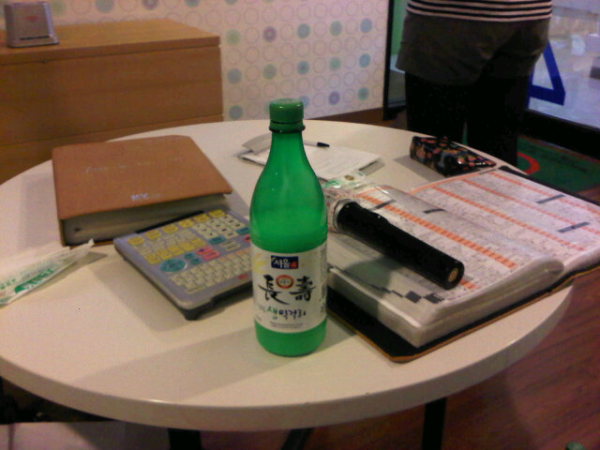 This is how I spent a few hours with my friend on Sunday afternoon this past weekend. Even in the afternoon, Noraebang and Korean alcohol go together like peanut butter and jelly.

Going to Noraebang also has some great benefits beyond just being a great time with your friends. Since Korean people go to them so regularly, if you already enjoy them, it’s a very easy way to bond with new Korean friends. Also, the Korean-language songs give you an excellent opportunity to practice your reading at a challenging speed (with the possible added challenge of having had a few drinks already). You might also be worried that these places won’t have any English-language songs that you really enjoy singing. Rest assured, they keep their music libraries really up to date and if you can quickly learn the search functions on the Korean remote controls, you’ll look like a pro in front of your foreign friends. 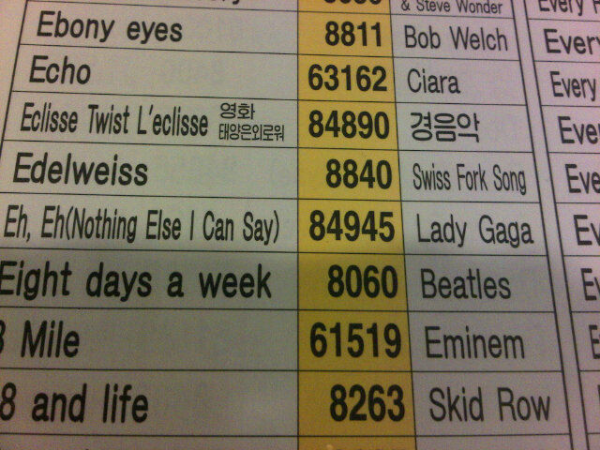 Coming to teach English in Korea can be difficult because you are never really sure what you’ll be doing to pass the time. However, you might find that you really enjoyed something that you’d never been into before. After almost two years in Korea, it’s hard to believe I had never even set foot in a Karaoke back home. If you’ve had any memorable noraebang experiences or have found a new and unexpected hobby in Korea, please comment and let me know!