The Best Thing I Have Done While Teaching English in Korea 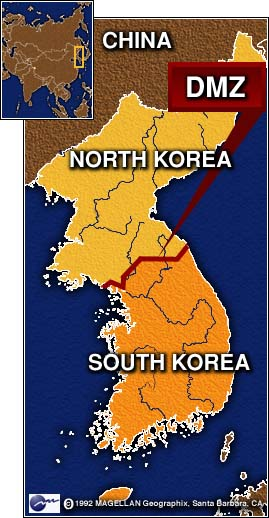 So being an English teacher in Korea for almost a year has allowed me to see a lot of what Korea has to offer. With my schedule at Chungdahm, I have been lucky enough to visit most of the top tourist attractions in the country. However, I still had one big one on my list: the DMZ tour. Fortunately, I was able to cross the tour off the list this past weekend and I have to say it was the best thing I have done so far.

This strip of land is one of the most heavily armed strips of land in the world. North and South Korean soldiers face each other down daily and the area is guarded 24/7. Even with all of this security, civilians can tour the land.

I highly recommend the USO tour as it offers visitors the chance to explore secret tunnels that have been dug beneath the DMZ. It also offers visitors several opportunities to actually peer over into North Korea and spot North Korean soldiers. The highlight of the tour was the opportunity to step into the “peace house”, which is a building specifically made for talks between U.N. forces and North Korean forces.

The tour was an awesome experience and I highly recommend it for anyone teaching in Korea. I have never been able to experience a living, recent part of history like the DMZ and it was something that I will never forget from my year in Korea.

Standing next to a Korean soldier in North Korea