While in America, it was just a habit to walk in the house and turn on your television. Televisions are not included with most apartments here; however, the internet is. If there is a television included with an apartment, there are little to no American channels. With the internet, watching your favorite American show is very much possible. There are a number of websites that will allow you to watch television. 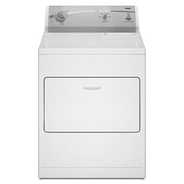 One of my surprising discoveries when I arrived to Korea was that dryers are not used here to dry clothes. This would be a major adjustment for me…or so I thought. Most apartments are provided with a drying rack to hang your clothes on once you finish drying them. They are very convenient and handy-dandy. After about the third time I washed clothes and hung them on the drying rack, it became a habit for me and I didn’t even miss the dryer. I thought that I was not going to be able to live without the dryer, but I the drying rack proved me wrong. 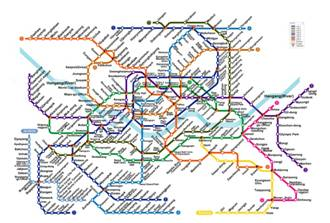 Finally…transportation. Once you start driving, there is no going back to knowing any other means of transportation…or so I thought. Being from a very small town, I never experienced any other means of transportation other than being in or driving a vehicle. When I initially made the decision to travel abroad to Korea to teach English, I knew that I would have to adjust to not having a car and getting use to other means of transportation. During the orientation part of the training, we were provided with descriptions of all of the different transportation services offered in Korea. Initially, I thought I would never learn the subway lines, or just how to get around Korea. When I discovered how very easy riding the train was, I was thrilled! The best part about riding the public transportation here is it is very inexpensive, including the taxi rides. With the rising gas prices in America, I am grateful I don’t have a car. For this year, driving is not a priority. I know it looks complicated, but it is very easy!!

Born in Macon, Georgia, Kimberly lives in Chuncheon, South Korea and teaches at Chungdahm in South Korea.  After working as an International Advisor for 3 years and teaching for about 5 years, Kimberly decided to travel abroad to expand her teaching experiences.  South Korea and Chungdahm have proven to be one of the best decisions she has ever made!