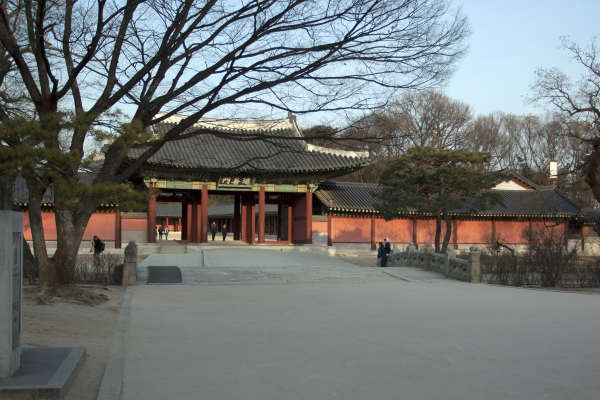 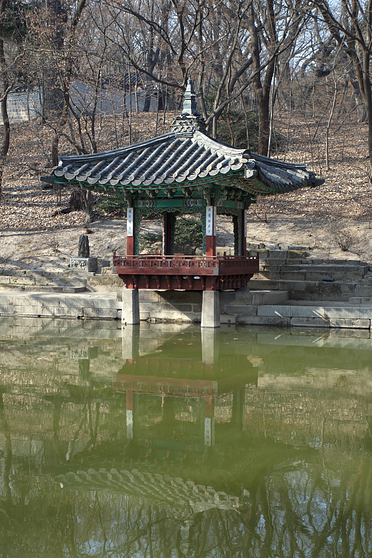 What makes this palace so special is Biwon, the “Secret Garden” where the kings once used as a relaxing recreational area. The best time to go here is when the flowers are in full bloom in late June or early July. It contains small hills and natural forests, and beautiful ponds like Buyongji, Aeryeonji, and Gwallamji. There was an aura of decay and abandonment as we looked around and imagined how this place was once full of life and a place where the royal family would fish and boat, and sometimes shoot fireworks. They would use this Secret Garden to contemplate hard decisions, compose poetry, and entertain guests as a venue for glorious banquets. Now, no one is allowed to enter any of the buildings and pond waters are completely still. We spent the most time here because we went in a tour. Entrance into Biwon is only permitted through a guided tour which lasts about 80 minutes. We would have much rather had the freedom to explore and Neil take his time in getting the right pictures, but we were even rushed by one of the many security guards to stay with the group when we fell behind. We still enjoyed walking around and learned a lot of interesting things. For instance, there is a brook called Ongnyucheon that flows through a part of the Secret Garden where in 1636, during the reign of King Injo, a U-shaped groove was carved on a rock and filled with water. Here, the kings and his officials played a little game where the would send a win cup afloat on the waters, and the recipient had to drink the wine then compose an impromptu poem and recite it! Then, if the person could not think of a poem, the punishment was that he had to drink three more cups of wine. They should have called this game ‘Kings’! 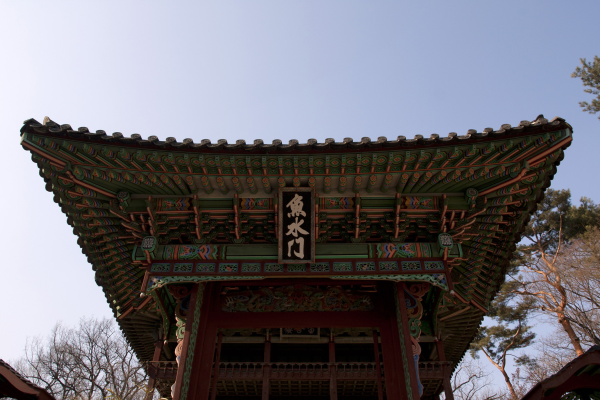 We had a good time, in spite of the limitations, and I would love to go see it when all the flowers are in bloom and full of colors. Maybe then it won’t have such a decayed feeling. The opening hours are usually earliest from 9am to 5pm, but in some months the palace stays open for longer and it is closed on Mondays. Admission to the palace was 3,000won and to the Secret Garden it was 5,000won. The best way to get there is by taking the orange line 3 to Anguk Station, and it’s a close walk from there.