An English Teacher in Korea Visits the Strawberry Festival

Spring has arrvied in Korea. After a long and cold winter teaching English here in Korea, the trees have started to blossom and the sun is shining again. Korea is coming out of hibernation and I decided to celebrate by going to the Strawberry Festival in Nonsan.  Here are a few tips on how to get the most out of a festival trip. 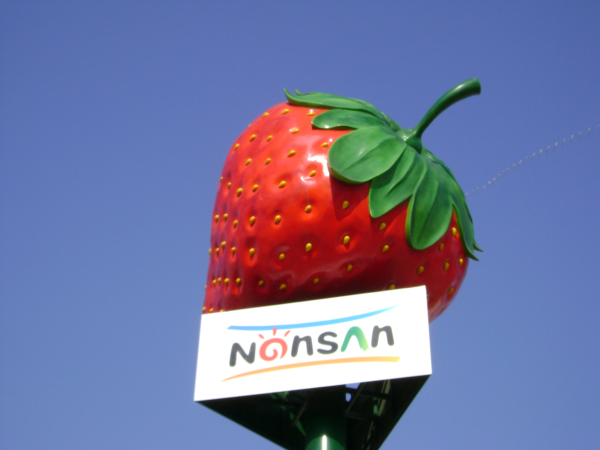 Currently in its fourteenth year the Nonsan Strawberry Festival is constantly growing and changing. I hopped on the train from Cheonan around noon and arrived in Nonsan about an hour later. Since I wasn’t too sure about where to go, I just started walking.

Festival tip number one: it’s okay to not know where the festival is. Just, plan accordingly so you can get lost and still have plenty of time looking at what the festival has to offer.

After touring local markets in Nonsan I found the festival. Sprawled over a kilometer by 500m rectangle were grounds covered with people and tents enjoying strawberries. 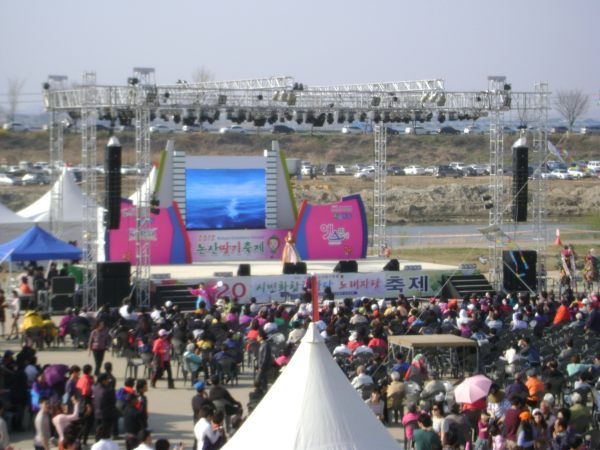 Festival tip number two: wear good shoes. You will be at a festival, expect to walk. Everywhere. If you are going to an ice festival don’t wear sandals.

Festival tip number three: bring cash. While S. Korea is one of the most wired countries in the world, remember that this is a festival filled with local farmers bringing their produce for you. Pay them in cash since some are selling it right off the trucks.

Tip four: Always explore all parts of the festival. A festival is a celebration for a particular reason. Every festival will be different in some way so try to find how. While I was at the Strawberry Festival I stumbled upon a Korean medium. He was singing and dancing, and he walked on a razor blade ladder. 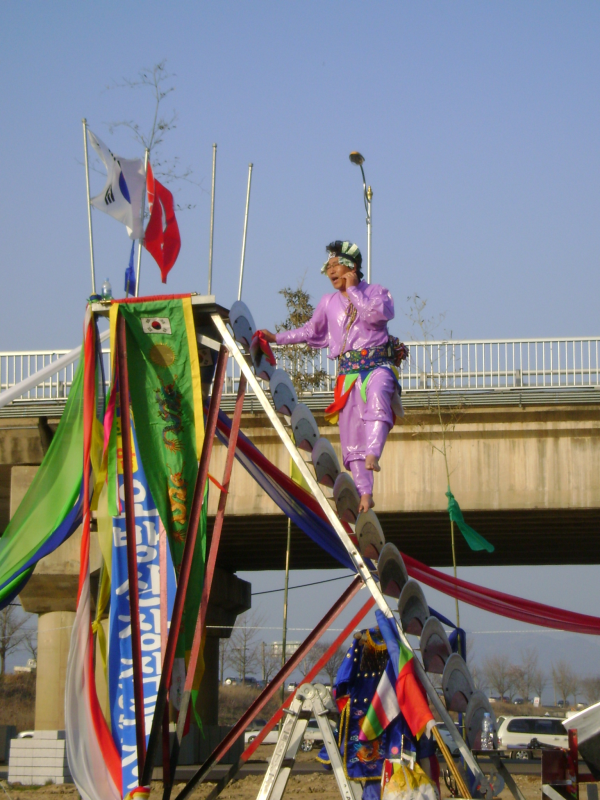 You never know what you’re going to expect so have fun, wear good shoes, and explore!