Not only did I teach English skills and comprehension, I myself also taught myself and learned. If I knew the skills and strategies that are taught at Chungdahm when I was in school, I swear I would have received more than the total 4 A’s? I received all through out my high school and college career. No joke. Although I may not go onto continue my education, definitely these skills will positively apply to my professional career. Any career path we take involves comprehending and analyzing information that we read or listen, and writing in a powerful and effective manner. The skills and strategies I have learned have enabled me to read quicker by picking out and focusing on important ideas and details, and write in a certain structure to connect ideas. 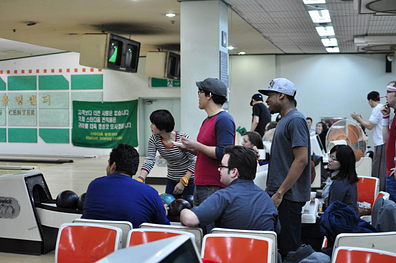 One of the most important elements to a successful career is networking. I have never met such a diverse group of people in one country. This is coming from a guy from the central melting pot of Los Angelestoo. Korea itself is not diverse, but the English teacher’s Chungdahm employs, come from around the world. This gave me a chance to meet and exchange cultures with people from Australia, Canada, United Kingdom, and various parts of America from West to East. Even though not everyone or maybe none will turn out to be a business/career network, it’s great to know that I have a friend to contact in almost every part of the world, and of course a friend to find me in Los Angeles. 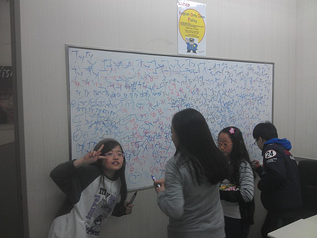 Opportunities are plenty. Teaching English to children may end up not to your liking. That’s fine. Chungdahm understands. Chungdahm not only offers management/instructor positions, they also offer positions at their headquarters which may involve Research & Development or Operations. If teaching/academics entirely are not for you, you’ll be surprised at how many firms here look for native English speakers. Don't forget, South Korea is a developed country and boasts a top 10 GDP, although just around 15 years ago it was a poor country. One thing for sure is you won’t regret adding Chungdahm to your resume. Chungdahm is one of the largest groups of English academies in Korea, and is well known and respected throughout the country. I have only received positive comments of my stay at Chungdahm. My experience with Chungdahm has actually helped me get my new job and be prepared for my new job.

After nearly a year here in Korea, with the opportunities that are present, and the current state of America, I’m happy to say that I have decided to extend my stay here. I’m happy that I decided to teach English in Korea with Chungdahm. The rewards mentioned above and more have been fulfilling and I look forward to another fulfilling year. I do miss home, my friends and family, especially the food, but I won’t go back unless Ron Paul is elected. So, Vote Ron Paul!*

Yoon escaped from Los Angeles, California after finding himself hating his job at the bank. Knowing of opportunities to teach English in Korea, he took this chance to take on the excitement of living in a foreign country. Thankfully, Aclipse placed him at a great Chungdahm branch in Jamsil. He is enjoying almost every moment of it and would like to share his experience with you through his blog.