An English Teacher in Korea goes to the Chungdahm Debate Competition

A lot of people back at home are curious about what I teach in Korea. Some think I teach them basic ABC's, while others think I'm just correcting their pronunciation. What I really teach my students in Korea is much more than that. Chungdahm students, for the most part, know enough English to be able to communicate. My job as an English teacher in Korea is to use that and incorporate it into more complex skills. 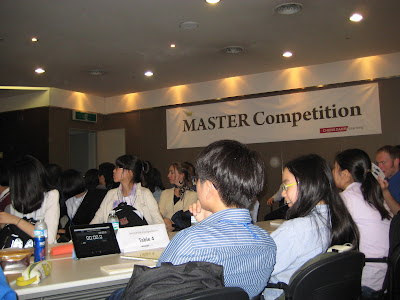 Once a term, Chungdahm holds a debate competition for students in the highest level, usually students who are fluent in English. The debate topics are related to today's issues, which gives students a chance to further research and familiarize themselves with what's going on in the world.

This term, the topics were related to the ongoing issue of Korean high schools getting rid of native English teachers and the Stand Your Ground law, which is related to the recent case of Trayvon Martin.

As a judge, it was surprising to see how much work these students have put into this competition. Sure, the prizes may have had something to do with it, but these students seemed genuinely excited to be able to compete with other students similar to them. 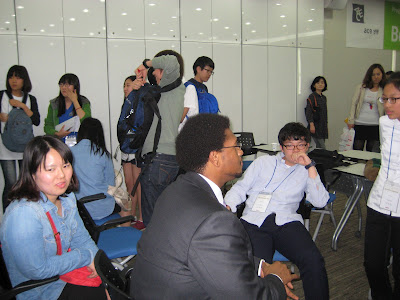 For some students and teachers, it was their first time competing. As you can see in the picture above, almost everyone was anxious and nervous. However, once these students were in their debate mode, they all put their game faces on and competed like professionals.

Congratulations to both the Bundang teams and other teams who have competed.