I love amusement parks. There's something about them that makes me feel young. For an English teacher in Korea, riding roller coasters and eating all the delicious and overly priced snacks is a great way to spend a day off.

Korea has three major amusement parks, all different in their own ways. There's Lotte World, located in east Seoul, with characters that closely resemble those of Disney. Everland, located in Suwon, has a famous roller coaster named T-Express, that's not so scary but much talked about by students. Seoul Land is located in south Seoul and is the first amusement park of Korea. 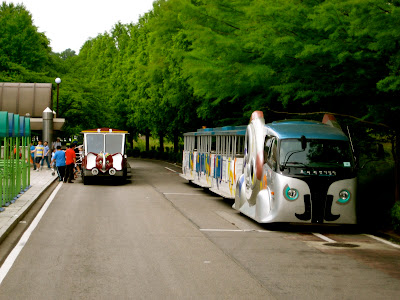 The entrance to the amusement park is actually pretty far from the main gate. For just 800WON, you can ride the elephant trolley to take you to the rides. 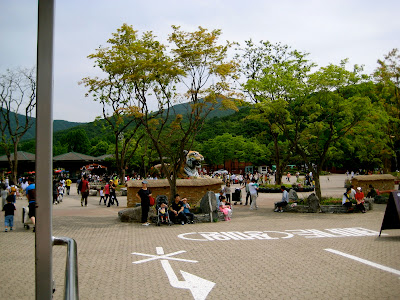 The first stop is the Seoul Land zoo. Didn't go in there, but there's a huge tiger in the front that definitely captures your attention. 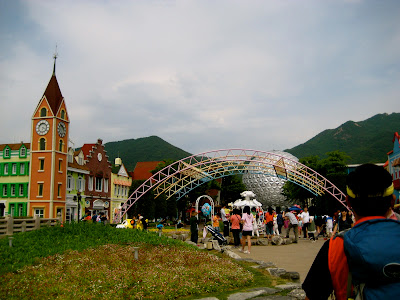 Once you enter the park, you will be greeted by a bunch of colorful buildings that are not actual buildings. It's really all for decoration, but it's pretty cute. What do you see in the back of this picture? EPCOT? NO WAY! 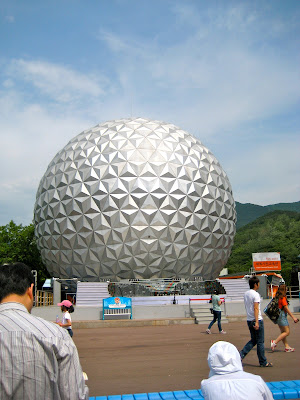 Koreans really don't care about copyright. This ball may not be as big as the real Epcot ball, but it sure sits in the middle of the park as if it was meant to be there. 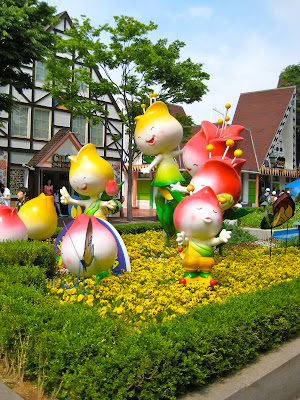 You're also greeted by these cute creatures that make you want to run up and kiss them back. 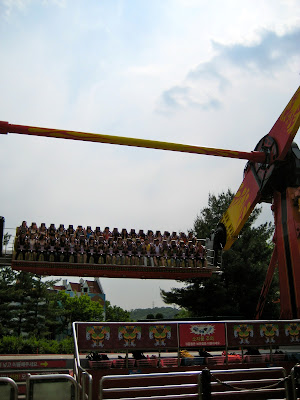 The roller coasters weren't very thrilling, but they did have rides that were. Not only does this ride swing you up and down, it also swings you back and forth. 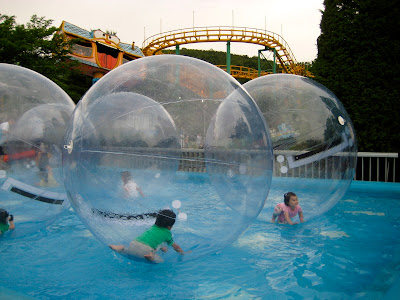 I don't know why I found this so amusing. People were standing around this pool watching little kids be trapped in a bubble struggling to move. 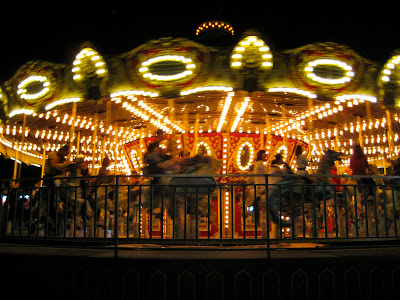 Overall, Seoul Land was fun, as it does have its amusement park atmosphere. However, if I were to choose one of the three parks, I would definitely choose Lotte World over the other two.

Tags: a year in Korea, seoul, Activities to do in Korea, Seoul Land