Volunteering When Teaching English in Korea

If you're an English teacher in Korea and you've been spending every Thursday, Friday, Saturday (and maybe the rest of em too) partying, then you've also probably told yourself once or twice "I'm never drinking again." Well here are a couple of things to do if you think you need some positivity and a little karmic boost in your life. 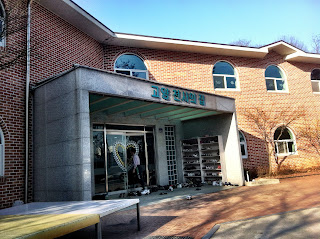 Being mentally or physically handicapped in Korea is a big taboo. Besides being an enormous financial and energy-consuming burden, the handicapped are marginalized here by culture as well. It is seen as a family curse, not so much an illness, and there are very few options for help or support.

The Angel House was started by Jang Soon Ok in 1993. She is a disabled orphan herself, and without any government assistance, she has managed to run a facility that houses 50 residents. 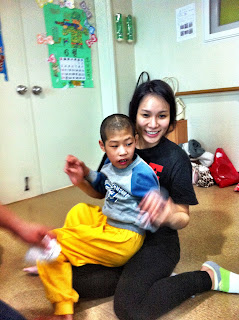 You can find the Facebook Group Here and message the group leader to ask about going to the next trip. They always need volunteers and you can help out with cleaning, cooking and having fun with the people who live there.

It's a great way to spend a Saturday afternoon and you get to meet a lot of really cool people. Plus they usually party afterwards so you don't have to stop the rock if you don't want to.

If global affairs is more your thing and you are trying to learn a little about North-South relations while doing a bit of good for the poorer half, than North Korea Peace is definitely a group you should check out. 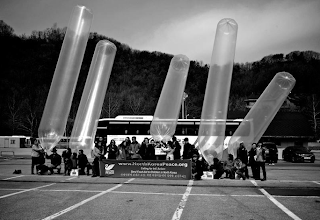 NKP is run by Mr. Lee, a North Korean defector, who has made it a personal mission to help those still there and inform people about the reality of the situation. Because traditional forms of aid are often misappropriated by the government, Mr. Lee has chosen balloons carrying hundreds of pairs of socks as a better method of directly helping those in need.

The socks have their obvious purpose, but they can also be sold for basic food items. Along with the socks go flyers with messages of hope and prayers of reunification from the South.

Check out the website or Their Facebook Page to get in contact with people that will get you on the bus from Itaewon on the last Saturday of every month.

Welp that's all for now! I should probably add that both of these organizations are not religiously-affiliated and definitely non-pretentious, so don't have any reservations about seeing whats good. ALSO, there is a reputable Animal Shelter in Ansan but I don't know a whole bunch about it right now. Obviously if you DO want religious affiliations involved in your do-gooding then check out some Churches or Mosques or Temples in your area! Maybe a post about some of those will be forth-coming...

So. what have YOU been up to help out around here, there, or wherever?!