My Adventure North as a Teacher in Korea

Last weekend I managed to cross off a major item from my While Teaching in Korea Bucket List- I went to the DMZ.  For those of you who don’t know, the DMZ (demilitarized zone) is the four kilometer area of land that divides North and South Korea and is one of the most fortified boarders in the world.

With the DMZ being such a major tourist attraction for visitors to Korea, there are a variety of different groups that you can sign up to go with.  In my opinion it really doesn’t matter what one you choose because they all offer about the same thing.  When you book it, they will ask you for your passport number and will give you a few instructions on what you can/ cannot wear on the tour.  I would just recommend that you try to book it a few weeks in advanced and try to get on one that goes to Panmunjom.

Panmunjom is located directly on the border between North and South Korea.  As we grew nearer to the boarder and crossed the various checkpoints, there was an increasing tension growing in the group.  Because this is such a sensitive area, we were constantly reminded that our tour could be canceled at any time and if we were to take pictures, or point at anything, we would have to leave immediately. 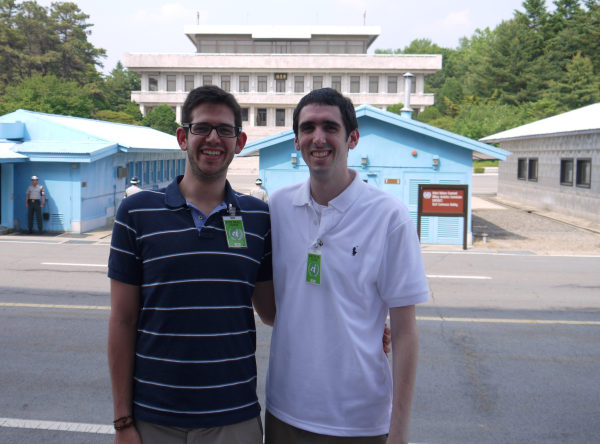 My brother and I at the border

Thankfully everyone cooperated and we were able to go into the buildings where the two sides have meetings.   It was a really interesting area, because once you crossed the microphones on the table, you are literally standing in North Korea (I made sure to tell all of my students that I visited North Korea when I saw them on Monday). 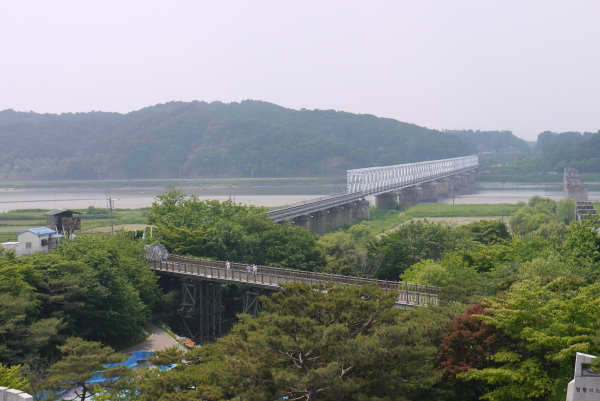 The Freedom Bridge and train track leading to North Korea

Visiting the DMZ was something that I really wanted to do when I came to Korea.  With all of the news reports and constant scare tactics about the North, it was really interesting to get more of a firsthand look at what everyone is talking about.

What are some plaes you want to go to before coming to Korea?