Seeing Wicked When Teaching in Korea!

I love Broadway. Everything about it. What could make me even happier? Broadway while teaching in Korea! All the famous Broadway shows that have been advertised in Korea have been with an all Korean cast in Korean, so this was a huge deal for me! 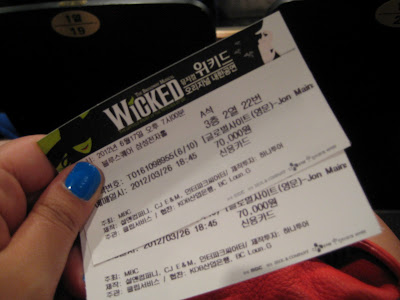 Wicked is currently in Korea performing for two months. I've seen the show before, but I had to see it again. For those of you who do not know the storyline, it's basically what happened to the Wicked Witch of the West before Dorothy ended up in Oz. 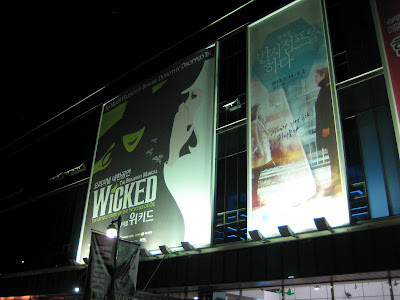 The venue was at Blue Square in Seoul. I'm told it's fairly new. The seats were super comfortable and even for sitting on the very top in the back, the stage was very visible. 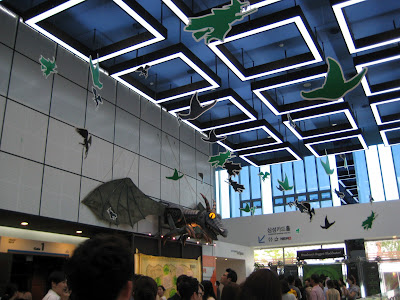 The decorations for the show were all over the building. As you can see in the picture above, there were images of witches, hats, and flying monkeys hanging from the ceiling. 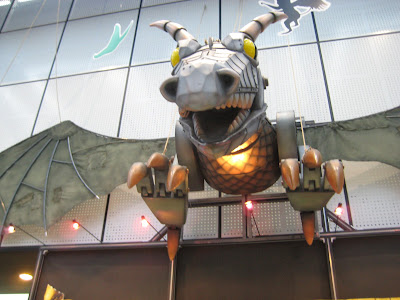 Here's another adornment to the show. The stage had a bigger, scarier version of this. 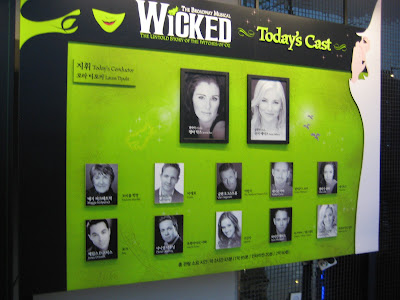 The cast was wonderful. The actresses who played Elphaba and Glinda were phenomenal and hit every note beautifully (I've heard the soundtrack a million times). 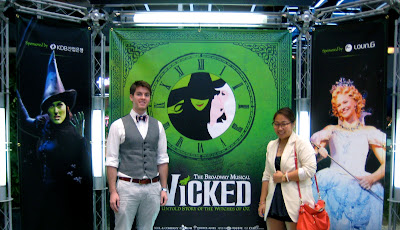 Overall, this was a great show and everyone should go check it out, no matter where you are in the world. If you are in Korea, I highly suggest you go see this! The show is running until the end of July and you can buy tickets at Interpark.

Tags: broadway in Korea, musical in Korea, a year in Korea, entertainment in Korea, Activities to do in Korea