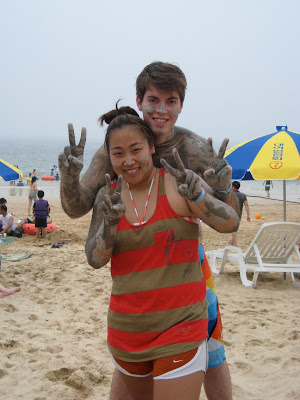 When I think of mud, I think brown, dirt and water. However, the mud here was gray with a very milky and smooth consistency. There was also colored mud (obviously not natural), which looks pretty awesome all over the body. They have areas where you can paint the mud onto yourself and inflatable slides that cover you in mud as you work your way through them. The event is actually held at the beach and not the mud flats, which is pretty convenient when you want to wash off the mud. 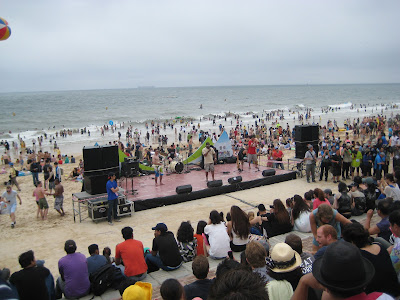 Another awesome thing about this event is all the performances they have throughout the day. They had a stage set up for singing, rapping, and even belly dancing! 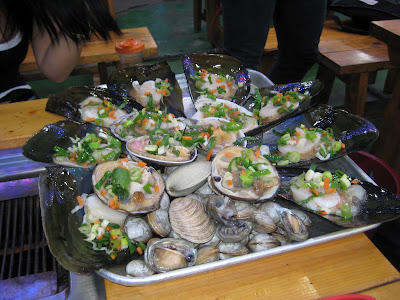 One thing that I love about going to Daechon is the clam barbeque. Someone told me that the east coast of Korea is known for the sashimi style fish, while the west coast is known for the clams. As you can see in the picture, there is a variety of clams laid out to grill. Some people get grossed out by the fresh seafood, but the taste is awesome once it's cooked. 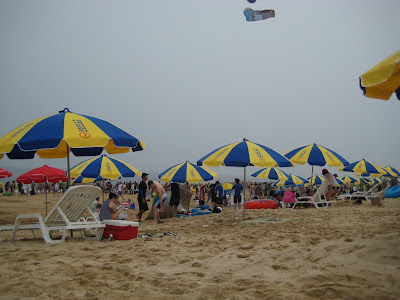 Unfortunately, since monsoon season is here, the beach was pretty gloomy on both days. It pretty much rained all day on Saturday and no sun on Sunday. 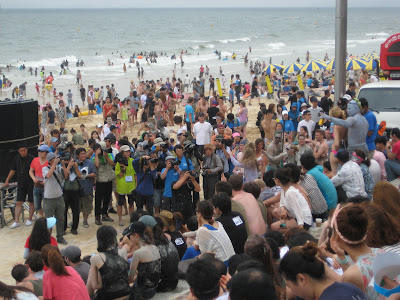 One thing English teachers in Korea have to be aware of is the crazy amount of Korean paparazzi lurking around the area. Ok, so they're not really paparazzi. I've noticed that older Koreans have a photography hobby  and you'll see many of them with massive cameras with all kinds of gadgets attached to them. I think one of their favorite things to photograph is foreigners NOT at their normal state. I've seen some foreigners even being dragged and harassed by them just to get a picture. If you look closely at the picture above, you'll see a group of Korean photographers only paying attention to the crowd and snapping away. This is not even close to how many more of them there were. 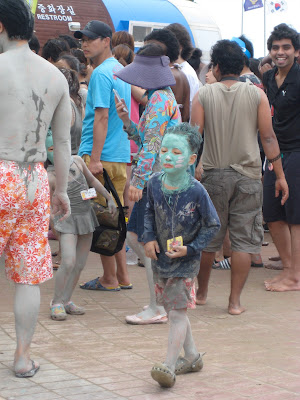 I like to think of mudfest as a post-college spring break. Since alcohol is allowed everywhere in Korea, you'll find a lot of drunk people here. It actually got pretty annoying hearing and looking at the inebriated crowd of mostly foreigners at the beach. Not that I'm not a foreigner myself, but maybe that's why some Koreans have a reserved judgement on us. 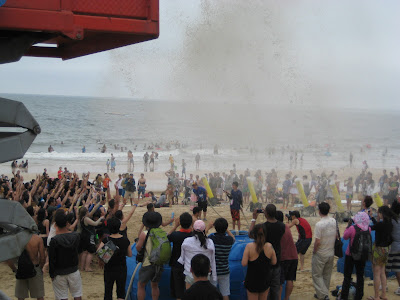 Aside from the drunken madness, the picture above is a shot of mud being fired into the air and splattered onto a crowd of people at the beach. I only say dirty because after all, it is a festival where people cover themselves in mud!