teacher: 선생님 (sun-saeng-nim)- Academy or not, this is what the students call their teachers. It might sound weird when students call you “teacher” instead of Mr./Ms..., but it’s like calling your mom….well, mom and not by her name.

academy head/director: 원장님 (won-jahng-nim)- Like a principal of the school, all academies have a director or a manager. Most likely they are Korean, so you can address them by this title.

academy teacher: 강사 (gahng-sa)- There’s a difference between school teacher and academy teacher in Korea. If you say this word when a Korean asks what your job is, they’ll know that you are an after school academy teacher. 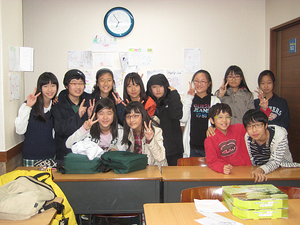 student: 학생 (hak-saeng)- Who you teach.

boy/girlfriend: 남자친구/ 여자친구 (namja/yuhjah-chingoo)- Just like in English, add boy (남자) or girl (여자) in front of ‘friend’ to address your significant other. 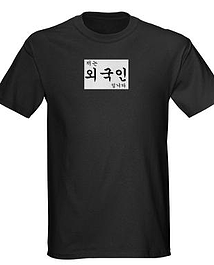 foreigner (American): 외국인 (미국사람) [wae-gook-in (mee-gook-sah-rahm)]- Koreans like to address all non-Koreans as foreigners, rather than addressing them from the exact country they are from. However, if you do want to specify, say the country name before you say 사람 (sah-rahm). (ex. 미국 or America + 사람 or person)

driver (taxi/bus): 기사님 (ghee-sah-nim)- Whatever public transportation you’re on, this is how you address the driver.

older brother/sister of a female: 오빠/ 언니 (oppa/ unni)- These words are used by females addressing their older siblings or peers. You’ll notice a lot of Korean girls calling their boyfriends 오빠. It’s almost irritating, since they say it in a whiny manner because they think it’s cute. Blech.

older brother/sister of a male: 형/누나 (hyung/ nuna)- Just like the previous words, these are used by males addressing their older siblings or peers.

little brother/sister: 동생 (dong-saeng)- No matter what gender, the younger ones are addressed by this.