Moving to Koreatown in the United States! 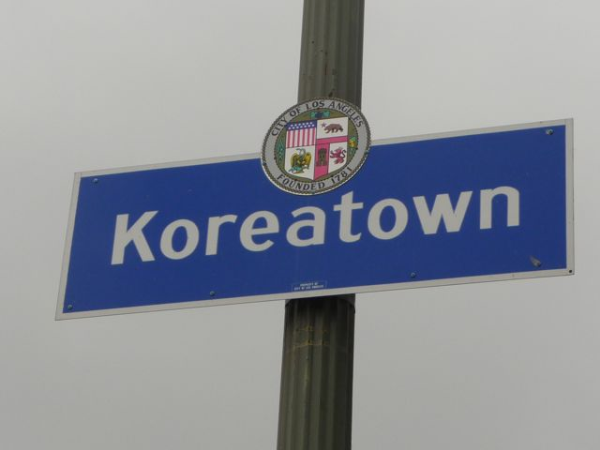 Whenever I decided to move to teach English in South Korea, I had no idea the far flung effects this choice would have. Sure, I knew the experience would probably change me in some ways and could have effects on my future, but I mainly thought this would just be an isolated one year experience that would not relate to my life in the U.S. Or to put it in other terms, I never thought my American life would intersect with my life in Korea. The countries are too far apart and the culture is just too different. It is funny to me now how naive I was because I could not have been more wrong. Let me tell you how...

This mixing of lives began when I started to plan for my next step after Korea. I knew that I wanted to move to California, but I wasn't quite sure where. That answer was provided to me when I was accepted into a graduate school program in Los Angeles. Los Angeles is a huge city though and figuring out where to live in the city can be a nightmare, especially for someone like me who does not know the city. Knowing that this could be a problem, I decided to use some of my vacation days for a trip to Los Angeles to scout out the city.

During my time in Korea, I have had the opportunity to meet several Korean-Americans and several Koreans that have family living in the United States. As I prepared for my vacation back to the U.S., I mentioned to all of my Korean friends the intention of my trip. Through these conversations, I picked up bits of advice and contact information from other Koreans that have either lived in Los Angeles before or have friends/relatives living there now. After a few emails placed on my behalf, I suddenly had a few people that were going to show me around the city.

It turns out that a lot of these people lived in Koreatown, Los Angeles. During my week-long trip to Los Angeles, I got to see a lot of the city, but I really got to know Koreatown. It was so nice having some local guides and connections in the city who were willing to act as hosts. They showed me in the ins and outs of the neighborhood and after a few days, I had fallen in love with Koreatown. I liked so much that I decided that is where I want to live when I make the move to Los Angeles.

There are so many great things to like about the area. It is centrally located and only a few miles from downtown. It is one of the few areas in the city that actually has decent public transportation with both a bus and subway service. There are numerous Korean restaurants, bars, and clubs and is generally a very fun, lively area.

It is also great that I already have some friends there who are actively searching for an apartment for me. And I have been told that if I need a job, I could teach in the several English and test-preparation academies located in the area.

But the best part about it is that after living for over a year and a half teaching English in Korea, Koreatown in Los Angeles is going to feel like home. It just goes to show you that you never know what doors will be opened to you if you decide to teach English in Korea!