Below is my list for five must-see Korean movies for English teachers in South Korea. Enjoy! 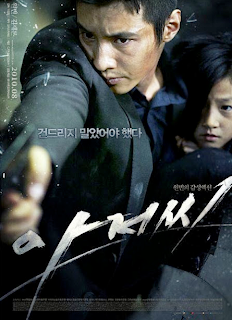 1. Ahjuhssi (The Man from Nowhere): This movie is about a man with a mysterious past trying to save a girl from a drug and organ trafficking mob. The reason why this movie is even on my list of must-see is not only because it stars Won Bin (so handsome), but because it puts a spotlight on some ongoing issues in today's world: child slavery, black market for organs, drug trafficking, and even the issue of underground mobs still existent today. I'm not too sure if all these are really common in South Korea, but it is something we hear about in the world news.

Warning: Viewers beware, there is a lot of blood in this movie. The fighting scenes are really well done and really cool to watch, but there is a little more blood splatter than what one would expect. 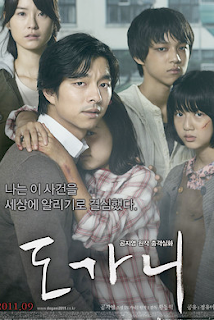 2. Dogani (Silenced/ The Crucible): This movie is the most recent out of the list and probably the most life changing also. This movie had such an impact on Korea that it even changed a few laws. Dogani is based on a true story about a group of deaf/mute students being sexually and physically harassed by the faculty of the school. What brought the most reaction out of me about this movie was how powerful bribes can be in today's society. It's pretty common to hear about bribery that goes on in higher places, but the fact that it kept these students from getting justice made me very angry. This movie made such a huge impact that Korea re-visited this "forgotten" case and even changed the law on sexual harassment for minors and the disabled.

Warning: This movie was hard to watch since it does try to put a spotlight on sexual harassment on little kids. There isn't anything too explicit, but just the thought of it can make you want to just turn the movie off. 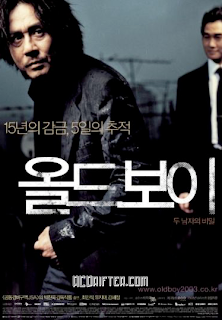 3. Old Boy: This movie is a classic in Korean film history. It's pretty risque for a movie, but really well written. Old Boy is about a man who is kidnapped and locked away in a room for fifteen years. I can't tell you why, because that's what the movie is about. The movie follows the main character as he tries to find who was responsible for his imprisonment in five days. I heard rumors that there might be a remake of this in America with Will Smith. However, it has been nothing but a rumor.

Warning: There is some violence in the movie, but more cursing if anything. There is, however, a crazy twisted ending to the movie. 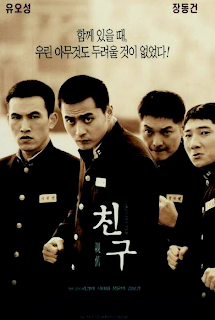 4. Chingoo (Friends): Another classic edition in Korean films, this movie follows four friends who grow up together. Think about it like the Now and Then (classic girly movie starring Rosie O'Donnell) of Korea, except with all dudes and violence. It really makes you rethink your past and wish you had a group of friends that went through thick and thin with you.

Warning: There is a coming of age theme in this movie. Because it's a story of four guys, you can pretty much predict what they might show when a boy comes of age. 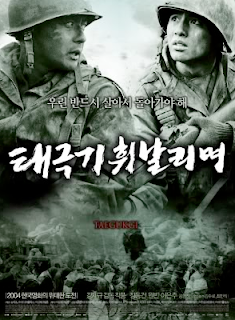 5. Tae Guk Gi (The Brotherhood of War): The stars of this movie are actually in a couple of movies previously mentioned. This movie is about two brothers during the Korean War. It depicts the reality of what Koreans went through when the civil war broke out.

Warning: This movie is a total tearjerker. I cried like a baby watching this, so keep a box of tissues nearby if you cry during movies. There is some blood, but nothing we haven't seen before. 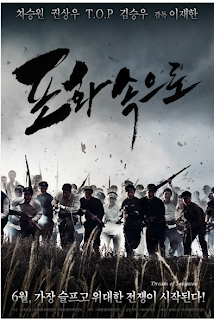 Bonus: 71 Into the Fire: This movie stars Big Bang's TOP. People used to bash on his acting when he starred in some TV drama series, but earned his credits once this movie was released. 71 Into the Fire is based on a true story about 71 students left alone to defend one of the most crucial bases for South Korea during the Korean War.

There are so many other great Korean movies. This list could go on and on, however, the movies I mentioned above are some of the most memorable to me whether it was culturally, historically, or even just for the great looking cast.

Check out these movies also: Mama, My Sassy Girl, I Saw the Devil, JSA