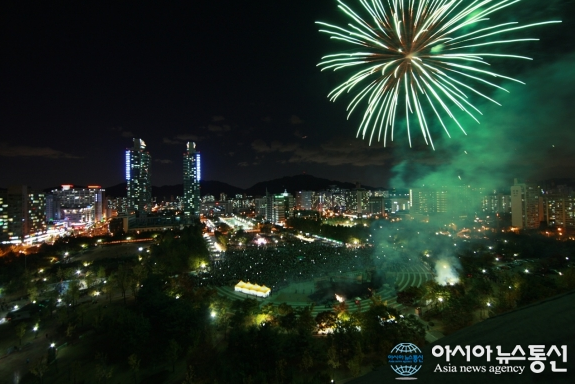 I live and teach English in Korea in Anyang, a satellite city of Seoul. Anyang is the 15th largest city in Korea with two major districts. Dongan district, where I live, has a major park (named Central Park), over a thousand after school academies, and two major strips filled with restaurants and bars. 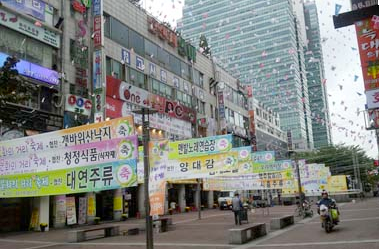 This past weekend was actually the 15th annual celebration of Pyeongchon "first" street. No matter what town you go to in Korea, you'll find a series of neon lights on a strip filled with restaurants and bars. They usually refer to these strips as "il-beon-ga" or first street. 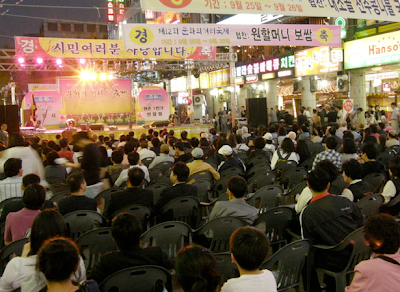 As you can see in the picture above, a stage was set up with thousands of chairs lined up for the audience. This two-day event featured a series of performances including, but not limited to singers, magicians, dancers, and comedians. 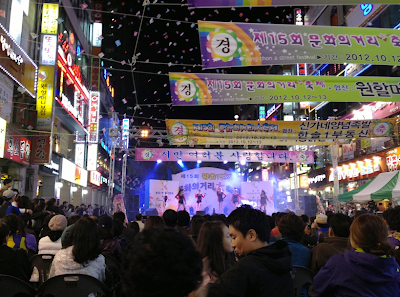 Some performances were better than others, but it was a great way for those starting out to showcase themselves. I've never seen my town so packed before. Restaurants were even setting up their business in the middle of the strip for people to sit on the floor and enjoy food while watching the show.

I'm not too sure if every town celebrates their first streets like mine, but if they do, it's something English teachers in South Korea should definitely check out!