This week is officially fashion week in Seoul, South Korea. Still lagging a bit behind those big fashion cities, Seoul is working hard to make its way up the fashion ladder. Before the official week begins, Seoul hosted a fashion week kick-off event on the 21st of October. This event included a flea market sale, a sneak peak of one of the designers' spring and summer 2013 line, and a mini concert. 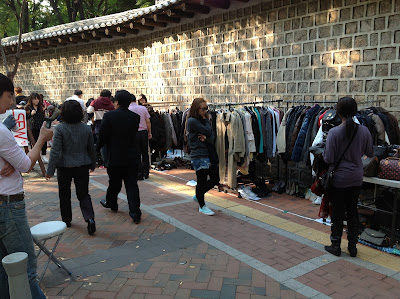 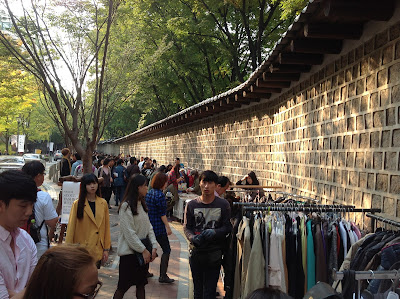 The flea market was actually not as big as I'd imagined it to be. It lined the side wall of Deoksu Palace in front of Seoul city hall and it had more of a yard sale vibe than fashion week flea market. I did end up scoring a funky bracelet and some awesome fleece lined leggings all for under 4000WON! 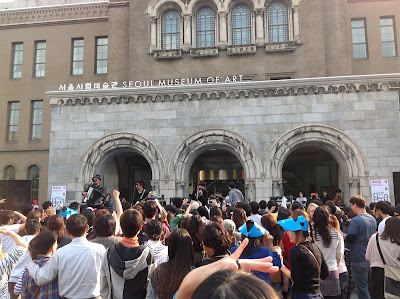 I'm not too sure if this was related to the kick-off event, but there was a free show by Crying Nut (famous in the Korean punk rock world) in front of the Seoul Museum of Art at the same time as the flea market. 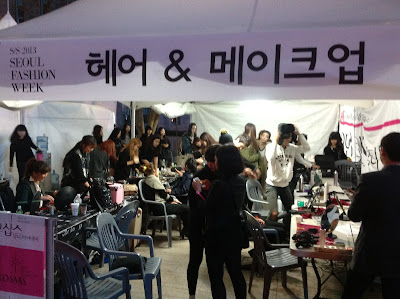 The show itself was pretty impressive. The hair and makeup booths for the models were opened up for the guests to see what happens live backstage. 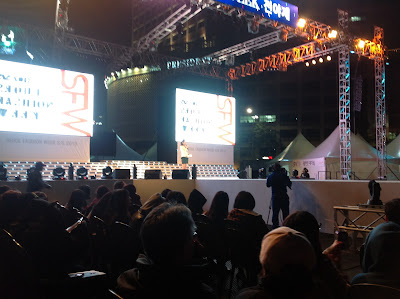 The stage was set up right in the lawn in front of the city hall itself. My friends and I were pretty lucky to get seats right on one of the sides of the catwalk. Although it was chilly, the audience was so packed that the body heat from everyone made up for the decreasing temperature. 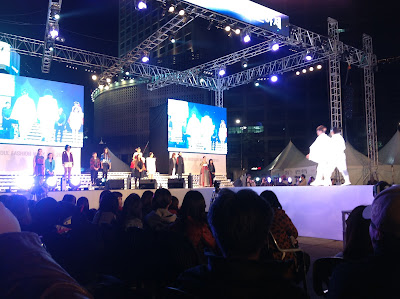 One of the cool features about this show was that it allowed unknown designers/fashion students to show off their skills. It's definitely a great way to put your name out into the fashion world as a beginner. 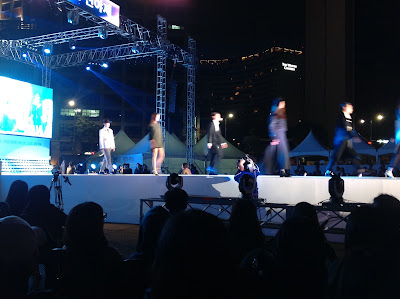 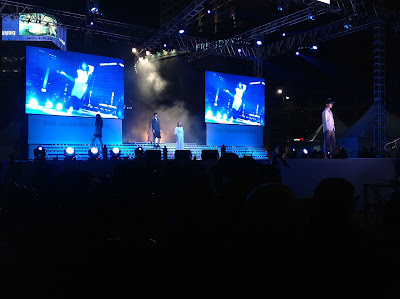 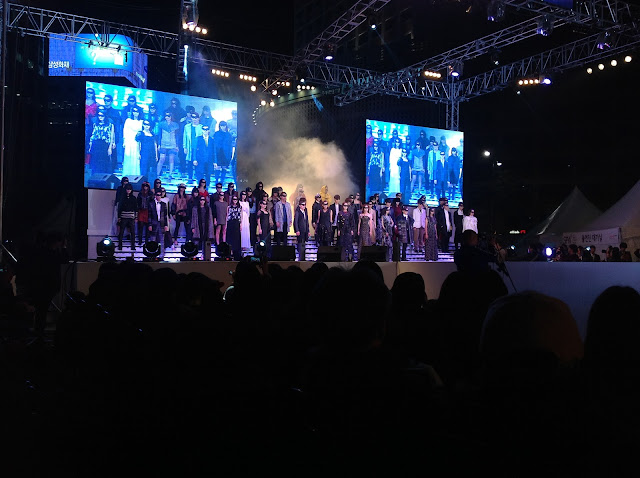 The sneak peak for the actual fashion show was quite impressive. Divided by different styles, these models took the stage to show off the upcoming S/S line for 2013. I'm definitely excited to follow some more shows on the actual week of the event! 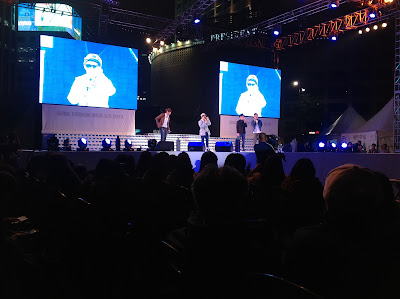 The event ended with a few performances including Superstar K (Korean version of American Idol) winners, Ulala Session. I'm not too familiar with their music, but I will tell you that their vocal abilities were super impressive. They got the crowd so hype, everyone was running to the stage trying to get a picture or few of them performing.

Unfortunately for me, as a teacher in South Korea, I have to work all week during prime fashion show hours. However, I did manage to score a couple of tickets to the weekend shows so please stay tuned for upcoming events for SFW S/S 2013!