In order to bring some of the Western culture to our students, some teachers decided to dress up. I guess it's almost become a tradition and a huge competition at my school, because there was even a prize for having the best costume: an extra hour of pay. 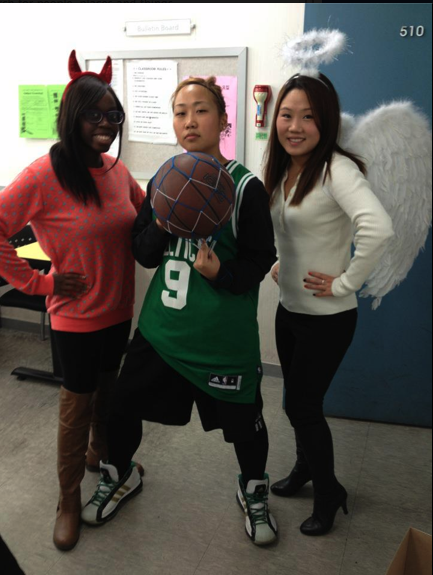 I dressed up two days in a row, one as a basketball player. Halloween is a perfect excuse to wear basketball shorts and a jersey to work. On another day, I dressed up as Waldo and none of my students recognized me. They guessed I was Santa. 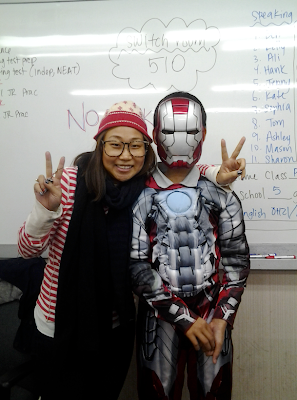 The students also got to draw posters for Halloween. The prize was a big bag of candy and I've never seen my students work so diligently on a project. 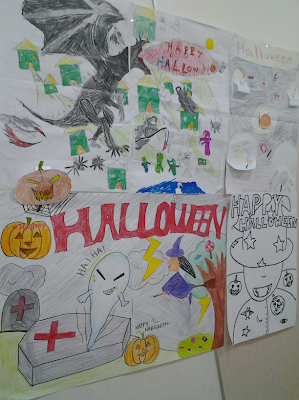 The contest was held for the whole school and only three winners were chosen, my students being one of them. These girls were so creative and even came up with a 3D poster. 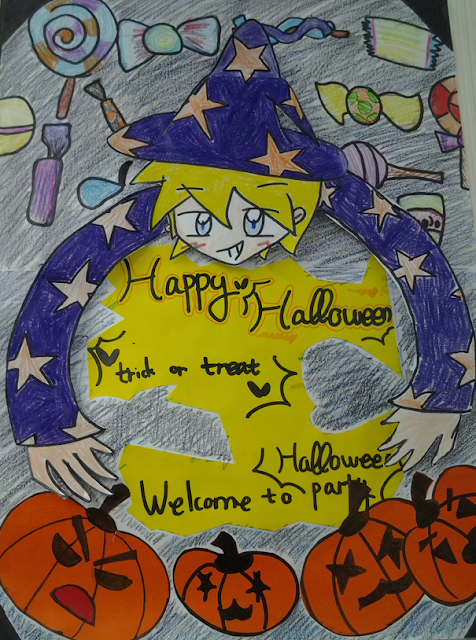 One downside to Halloween this year for the students was that it was held during the week of level up tests. As excited as they were to see their teachers dress up and receive candy, I'm sure the thought of having to take a big test disappointed them a bit.

As far as the Halloween culture for the rest of Korea, it's more popular amongst the younger crowd. Although the Korean youth don't go all out with their costumes, party promoters use the name to advertise for clubs.

If you do swing by Korea around this time of the year, check out Itaewon. This is where you'll see most of the foreigners hang out with their costumes on.

If you are trying to shop for costumes, check out Dongdaemun station exit #4. There are a few stores down a dark alleyway that sells a variety of costumes and party accessories.

Did you dress up this Halloween?