The Internet in Korea: The Good and The Bad

South Korea is one of the most technologically advanced countries in the world. The high level of internet connectivity and rapid growth in computer technologies has boosted the South Korean economy to new heights. It has brought jobs and prosperity to the country and the established infrastruture of their internet system bodes well for the country's future. However, South Korea is coming to find out that being one of the most wired countries in the world can bring both positive and negative effects to the country. Today, I am going to lay out both the good and the bad of the internet and what that means to English teachers in Korea. 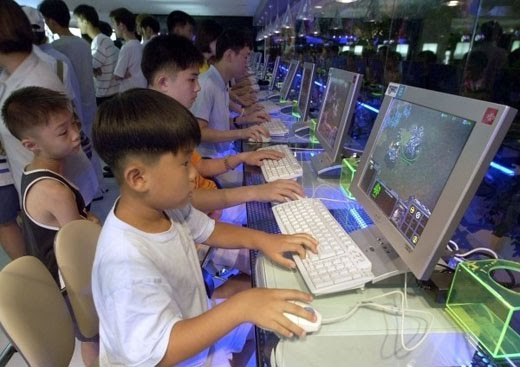 According to the OECD (Organization for Economic Cooperation and Development), South Koreans have access to internet speeds that are over 200 times faster than the internet rates in the United States. South Korea consistenty ranks number one in internet speed among other countries in the world. Even better, the faster rates do not equal higher costs. South Koreans pay an average of $27 a month for their internet service, which is slightly more than half the average price Americans pay. This fast and cheap service translates to more of the population having access to high-speed internet. According to the OECD, more than 94 percent of South Koreans have high-speed internet access compared to about 70 percent in the United States.

The affordable and consistent availability of high-speed internet has brought some negative side effects as well. According to a 2010 government study, about 8 percent of the country's population age 9 to 39 suffer from internet or gaming addiction. Parents have a difficult time restricting internet usage due to the prevalence of cyber cafes in Korean cities. A cyber cafe, many of them 24 hours, can be found on every street corner. After spending so much money contructing a world-class infrstructure for high-speed internet, the government is now being forced to place restrictions on cyber cafes and establish support funds for those suffering from internet or gaming addiction.

So, how does this affect you as an English teacher? Well I do find a lot of my students to be tired from staying up late to play video games or browse the internet. They struggle to pay attention and participate in the class because they are so sleepy. I am by no means labeling them as internet addicts, but I do worry about a few of my students who tell me that they spent the whole weekend doing nothing but playing video games. I am also amazed at how fast they whip out their cell phones to play games during their break times.

Another rising concern of Korea's wired society is the government's role in internet censorship. The government has been criticized for shutting down blogs, restricting access to web sites, and deactivating Twitter accounts. Any web activity revolving around politics, nudity, or North Korea is highly scrutinized and runs the risk of being censored. There is a growing debate on what the government's role should be in the controlling of internet content.

This does not affect my life as an English teacher, but it did surprise me the first time that I heard about it. Coming from America, the idea of government censorship in my internet usage seems foreign to me and just a bit pervasive.

Adam Montgomery is a 25-year old teacher at the Chungdahm Branch on Jeju. He has been teaching in Korea for over a year. When he is not teaching, he enjoys exploring the wonders of Jeju and Korea.