So there were a lot of things that amazed and surprised me when I first arrived to South Korea to teach English. I was surprised to see hi-tech toilets, public drinking anywhere, the amount of time students spent studying, and sitting on the floor when I ate a meal. Those are just a few examples of surprising memories from the beginning of my experience living in Korea. There is another surprising thing about living in Korea that I still cannot get over when I think about it. I cannot believe the amount of convenience stores that can be found in this country. It seems that there is a convenience store (or multiple ones!) on every corner.

The three biggest chains are 7-Eleven, GS-25, and FamilyMart. All three of these are very similar and offer the same products. Don't believe me on how many convenient stores are in Korea? Well here is a little break down of the numbers:

Next up is 7-Eleven, with over 2,900 stores in South Korea. Still a long way off from the United States number of 7-Elevens (there are over 8,000 in the U.S.), 7-Eleven is growing like crazy in Korea and becoming a major competitor to FamilyMart. On a side note, I unfortunately have yet to find a 7-Eleven with a Slurpee Machine :( 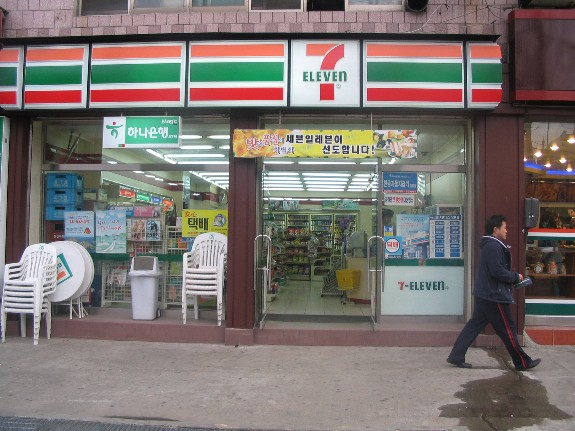 The third on the list is GS 25 with more than 1,500 stores spread out across the country. On the island of Jeju, where I live, there seem to be more GS 25s than any other convenient store. 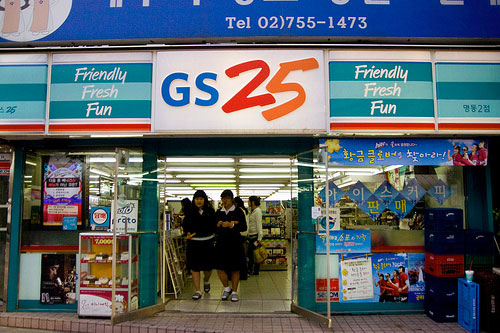 There are some good things and bad things about the large amount of convenient stores in Korea.

Here are the good things:

1) Close proximity to snacks and food

4) Most often have ATMS inside

But in my opinion, the convenient stores do have a down side.

Here are the bad things:

1) I find myself spending more money on snacks that I don't need because it always easy to pop in and buy something.

2) The food and snack options are often unhealthy. There is a very limited amount of healthy food options such as fruit or vegetables.

3) Because it is open 24/7, the FamilyMart located in the lobby of my apartment building can get a little rowdy and loud at times and I can hear the noise from my apartment.

For good or bad, I don't see the amount of convenient stores decreasing anytime in the near future. If anything, it seems like new ones are popping up every day in Korea. Let me know your opinions on convenient stores in Korea!