Attending a Religious Service While Teaching in Korea

Having lived in the largest city in New Jersey, I’ve learned that to survive in Newark, street smarts is a must. However, as an expat living and teaching in Korea, I am incredibly content with how honest and sincere Koreans generally are. Living in Pohang I’ve heard many stories of expats losing their ID cards, wallets, phones and other personal items and continually getting these (often expensive) items back unharmed. It’s taken me awhile but, I’ve finally let my guard down and I’ve come to expect a certain kindness from my Korean neighbors and friends.

Buddha seems to be at home in Korea.  By that, I mean that Buddha is every where; there are many, many temples here in Korea.  I recently found one in my neighborhood where I went this past weekend to meditate with my friend, Hari.  With the many Buddhist temples in Korea, I thought it was safe to assume that South Korea is a predominantly Buddhist nations; this is not the case. Confucianism beliefs have left their marks on Buddhism, Taoism and Korean Shamanism here in Korea.  Core principles of Confucian beliefs include humanism, ren, etiquette, loyalty, filial piety, relationships, the gentleman, and the rectification of names. For more info on that, go here. The strong moral codes that Koreans follow could be explained in the principles of Confucian thought and practice.

According to Wikipedia, 45% of Koreans follow no religion; then other 55% are a mix of Christianity, Buddhism and Islam with Christianity at about 30%, Buddhism, 23% and Islam less than 1%. As a Christian, it’s nice to be able to attend a church service on any given Sunday and I’m incredibly grateful to have found a church where the pastor delivers the sermons in English here in Korea. While this is only my second time in attendance, I thoroughly enjoyed today’s message.  As you will find that living and teaching in Korea, you’re likely to experience many new things, it’s nice to have some things that offer the comfort of being familiar. 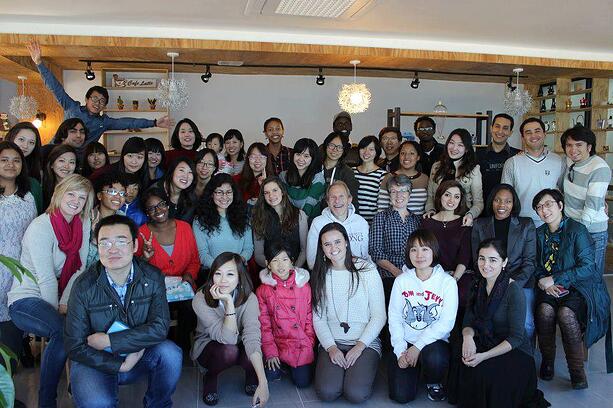 Pastor Richie Kim is an incredibly kind man; married with three children.  I met him for the first time last year when he invited me to Thanksgiving Dinner at Pohang International Community Church (PICC) while I was giving "free hugs" to Koreans in the busy downtown area of Pohang. I enjoyed the dinner and the fellowship with foreigners from many different countries and even tried out some new foods.  Today was the first day I've been back and what a nice welcome I recieved.  I'll be sure to visit again and again. 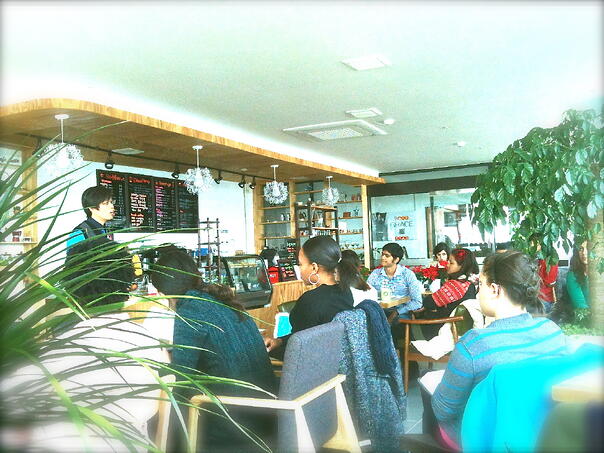 Whatever your beliefs, I'm sure that you're experience in Korea is likely to be a great influence on your existing beliefs.

Tags: Korean culture, friends in Korea, Activities to do in Korea, religion in Korea