Before I came to Korea, I was unsure of what to expect as for the night life.  Having lived in Miami six months prior to moving to Korea, I wasn’t expecting much.  Although I prefer quiet nights at home, sometimes, I just want to let loose and party, party, party.  And as you know, partying can get a little expensive especially if you like to get fancy with a new outfit and pricey cocktails.  Also, considering that the cost of living is much lower in Korea, it’s easy to get carried away with the lump sum of disposable income most English teachers have readily available.

I can tell you now that’s it’s important to have a budget to manage to financial goals, whatever they may be.  Most of my teacher friends in Korea are busy with student loans and as you may know, it’s possible to pay off student loans while teaching in Korea.  I’m well on my way.  Having and sticking to a budget in key.

However, with all that being said, we still know that all work and no play makes Jack a dull boy.  So, yes having a social life in also important and in the right balance, there’s lots of room for some fun!!  I was pleased to learn that there are American bars in Korea.  In Pohang, where I live, there are three that are quite popular among foreign teachers, Tilt Bar and Grill, Whistler’s and White Boards and Mindy’s.

Tilt Bar and Grill aka Tilt is quite popular among my coworkers and I.  Not only is it close to the Bukbu Beach, it’s also been the venue for their annual Halloween Party, Thanksgiving Dinner, Christmas Dinner, NYE party and of course many other events.  Also, Wednesday is “Wing Night”, Thursday is “Taco or Burrito Night” and Friday and Saturday nights are just for lounging with your friends or dropping it low on the dance floor.  Thursday’s Burrito/Taco nights have become a regular thing for me as they have vegetarian options and oh my, it’s really good! 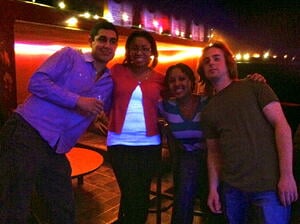 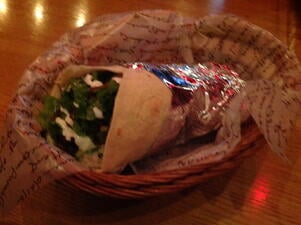 Whistler’s is known around town as a military bar as most Marines hang out there.  I’ve only been there on one occasion.  In the coming months, I think I’d like to change things up a bit and hang out there a bit more this summer.  I’ve heard that the drinks are reasonably priced and that it has a good atmosphere.

White Boards is known for it chill atmosphere and low, low drink prices.  As for everything else, there isn’t much else to whiteboards.  The seating is a bit uncomfortable but it’s also cozy, so maybe that’s why it’s quite popular among expats in Pohang.

Mindy’s is a great spot to chill and the owner, Mindy is so nice.  She’s Korean but  speaks great English and while cocktails are on the pricey end, you’ll have a good time.  At Mindy’s there are several board games if you wanna make it a game night with your friends. 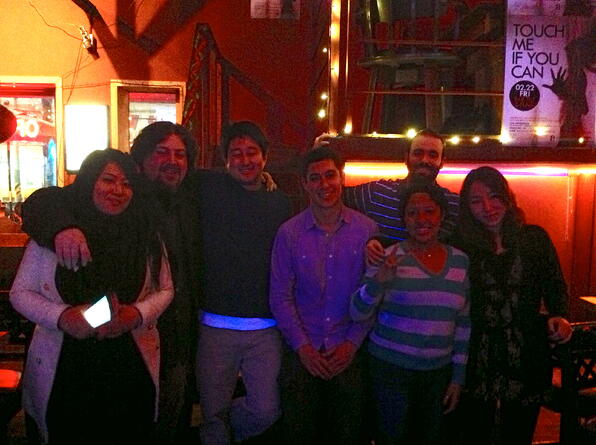 Wherever you live in South Korea, I'm sure you'll find that the night life is on and popping!  Start your application today!

Tags: drink in Korea, nights out in Korea, Nightlife in Korea