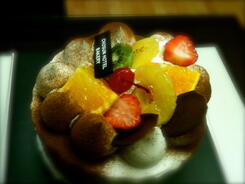 On my second invitation to Kyungju’s house, I decided to take along my pal, Hari.  Hari is also a vegetarian, so I thought that there wouldn’t be much fuss for them to incorporate foods that he is able to eat.  Also invited to dinner was boy just a little older that Kyunju who is the son of one of her Dad’s, Dong Hyun’s, friend.

All of the foods looked delicious; the meal included all of the traditional Korean foods such as kimchi but there was also rice noodles amongst many others.  Everything looked great!  Kyungju’s mom, Su-Eun is a wonderful cook!  While I thoroughly enjoyed the formality of the first dinner, having Hari along changed the dynamics of the dinner immensely.  Myself, erring on the more conservative side, Hari on the other hand was a tad more forward about getting to know my student’s family, especially the children. 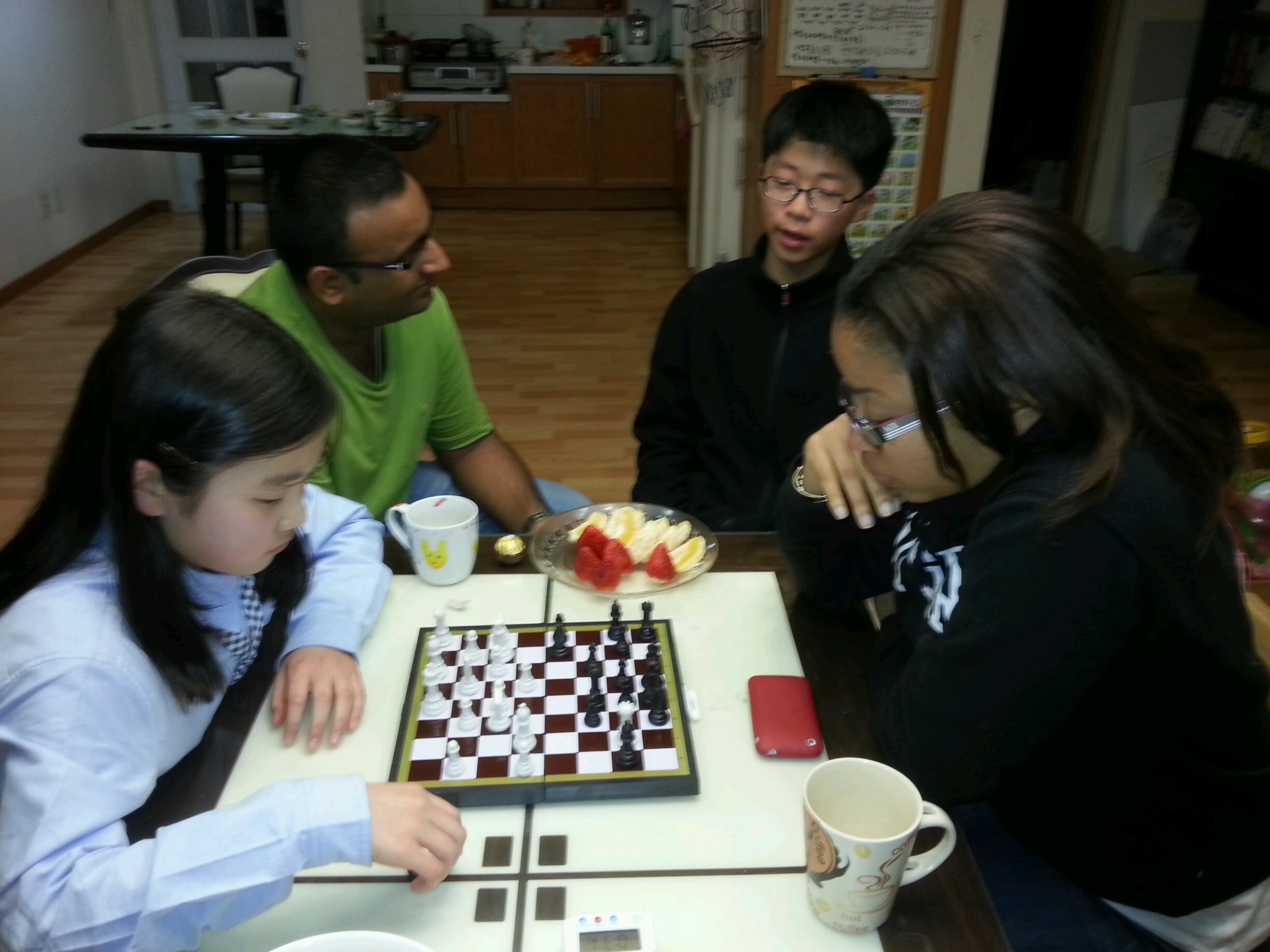 After dinner, Kyungju’s family showed Hari the same kindness and courtesies they had shown

me, Su-Eun showed him some of the artwork she had done in college and after some polite conversation Kyungha, read us a story.  And, everyone clapped.  She is amazing!  What a cutie!  Kyungju also played the piano for us.  And, everyone cheered.

Later, I pulled out my chess board for a few rounds of chess.  Chess is a relatively new game to me; I started learning in November last year.  While I have an overall understanding of the game, I’m still not sure how to go about winning; actually the game often leaves me feeling confused and unsure about what to do next, even when it seems I’m winning.  Hari on the other hand learned the game as a child and although not an avid player, knows much more than me.  He won the first round with Kyungju’s guest.  Later, I played Kyungju and also won.  I know, and I did feel terrible about beating my student, somehow.

On yesterday, I was invited back again for my third dinner with Kyungju’s family.  This time, bibimbap was on the menu and although it isn’t my favorite Korean meal, I still enjoyed my time with them.  With plans to head home soon, I thought that a cake would be a nice dessert that everyone could enjoy.  And, I wasn’t sure if this would be my last invitation before I depart Korea.  So, cake, a round of Blokus, and some singing.  Yes, we went to Noraebong.  It was fun, the end.  Spending time with Kyungju's family is proving to be a quality experience.  I hope that teacher's in Korea would also get to experience dinner with their student's family. 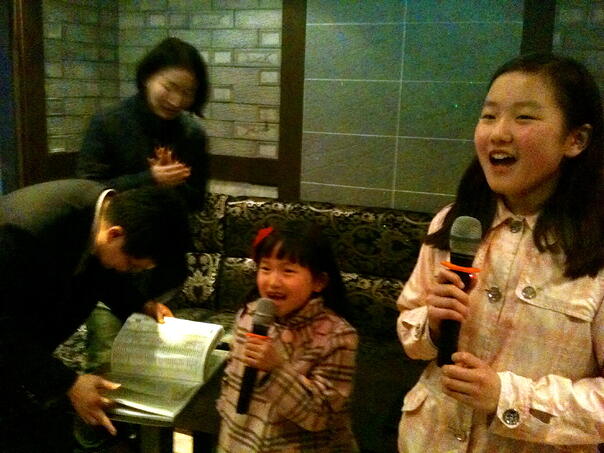