5 Things to Do with Visitors in Seoul, Korea

I arrived in Korea last July as a wide eyed and somewhat bewildered Westerner who truly had no idea what she was getting herself into. I’m not sure how it’s happened, but in the last nine months I’ve gone from a frightened tourist to a resident of Korea, and now I find myself calling this place my home.

It wasn’t always like this though, so when my father stopped over to visit in August, after I’d only been here a few weeks, I found myself absolutely panicked about how to entertain him. My dad has traveled the world, he’s been to countries I can’t even pronounce the name of, and he’s seen some of the most historical places on earth. Needless to say, the pressure was on. I needed to show him the best parts of Korea and I needed to pretend I actually knew what I was talking about as I did it (no easy task for this girl).

When all was said and done my Dad and I had crammed in as many activities as we could, and I’d really felt like I’d done my best to show him some of the greatest parts of my new home. It can be stressful when family visits, you want to show them the best sights, but you also want them to have fun and relax a bit. From what he tells me he had a blast, he saw some cool things, and he really got an idea of what my new life was like here, which was exactly what I wanted.

We didn’t get to do everything I wanted but we did see a fair bit and it was just enough to call it a success. So if you have family coming and you need some ideas of where to take them and what to do, here are my suggestions! (In no particular order)

My first trip to Myeongdong (Seoul Subway, Line 4, Exit Myeong-dong) was the weekend after I’d arrived and I was blown away. So much great shopping in one area, I was in heaven (sadly I hadn’t received my first paycheck yet…) If your mother, sister, or just any friends who love to shop come to visit, this is the place to bring them. Not only are there countless stores you already know and love, American Apparel, Forever 21 (YES!), Gap, Zara, Puma, etc. but there are a ton of other clothing stores as well. You should definitely check out Uniqlo, it’s a lot like the American Gap, but a bit more edgy in my opinion. There’s also a giant Lotte Department store with everything you could possibly need/want and a store called Migliore, which is eight floors of pure fun. Nestled in between the designer brands are Korea’s signature street vendors selling everything from scarves to dried squid, so make sure you don’t forget to check these out and do some haggling, this is where the best deals are. 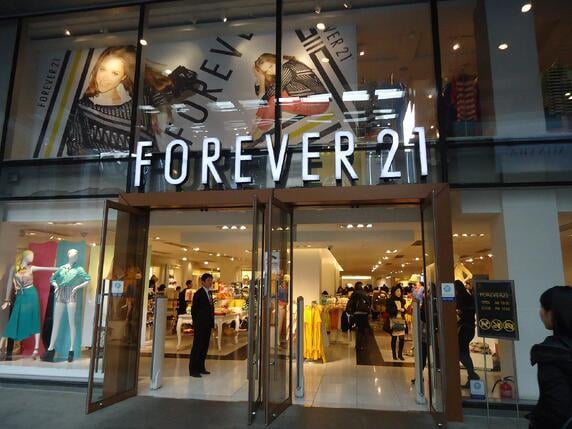 While Myeongdong may not be one of Korea’s most renowned cultural sights, Korea is very much a country of consumers and this is just a little window into the vibrant, addictive, and stimulating world of Korean shopping.

Namsan Tower (N Seoul Tower) – Now here’s something everyone can enjoy, a gigantic tower with an AMAZING view of your capital city. According to my father this was his absolute favorite part of his visit. Situated on Mt. Namsan in the heart of Seoul is the Namsan Tower, the highest point in Seoul (1,574 ft. above sea level) with one of the most remarkable views you will ever see. This is definitely a local favorite and a “must-see” for anyone visiting. When I went with my father we took the cable car up to the top (even more amazing views) and from there it’s a few flights of stairs until you’re actually standing at the base of the tower. It’s truly an awe-inspiring sight. At the top (depending on the time/season) you’ll find musicians playing, vendors selling trinkets, lovers putting their locks onto the famous lock wall, etc. all beneath the shadow of this massive structure. There’s a great vibe in the air and plenty of places to sit and relax before or after you make your way up into the tower. Once you’ve bought a ticket you’re more than likely going to have to wait awhile, as I’ve said this is a popular attraction. No worries though, the view once you get to the top is all worth it and the pictures you’ll get from every angle are going to definitely become your newest profile cover photo. 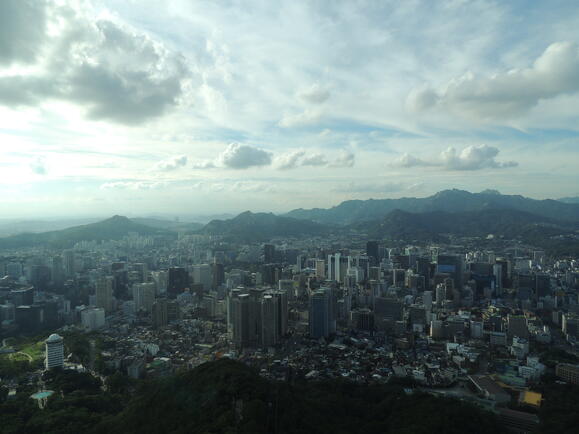 There’s even a restaurant and a Teddy Bear museum (random, I know) inside the tower once you’ve made the ascent. Admission for adults is a mere 9,000W while children will pay 5,000W and the elderly/teenagers can get in for 7,000W. Quite the deal in my opinion. All the information on how to get here included in the link. 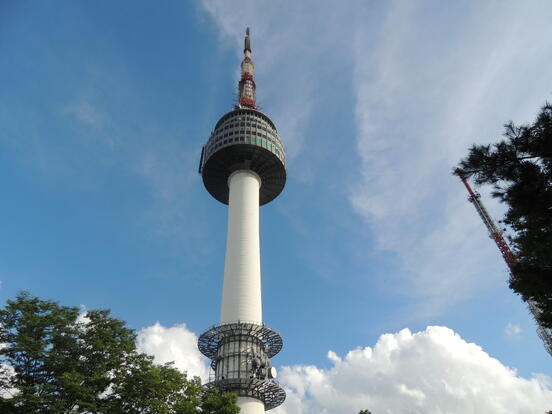 The greatest and most well known of the big five palaces in Korea is Gyeongbokgung Palace which sits in the midst of the everyday hustle and bustle of the city, a constant reminder of Korea’s history. This is a definite must do when entertaining visitors; it’s almost surreal to find such a majestic and sacred piece of Korean heritage sitting right inside this gigantic capital behind the looming Mt. Bugakasan. 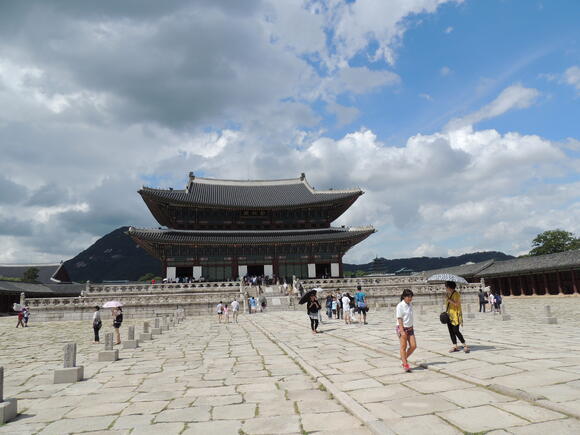 The palace itself has a sordid history; originally built in 1395 during the Joseon Dynasty it was virtually destroyed by the Japanese during the invasions lasting from 1592-1598. The structures were then rebuilt in the 1800s only to be torn down again by the Japanese who aimed to completely demolish not only the structure but to also eradicate the ties that the area held to Korean national identity. Very few buildings actually survived this last attack. In 1989 the Korean government set to work rebuilding the palace that like its people, had lived to endure and persevere over countless centuries. The restoration continues today and the palace is now open to the public as a symbol of Korea’s strength in times of extreme hardship. It’s not only a beautiful sight to take in; it’s one of the most powerful historical highlights in the country.

You would have to go the ends of the earth to find someone who hadn’t heard of Gangnam these days (pretty sure it’s even made it’s way into middle-earth), but just because they know Psy’s song and dance doesn’t mean they really know what Gangnam is all about. My first Gangnam experience (like many of you) was during training when we stayed at the Coatel (oh, the memories). I was honestly floored by the world around me, my favorite part? The buildings. Some of the coolest architecture I’d ever seen and could never imagine stood before me, looming into the sky as far as the eye could see. For this small town girl, that was definitely an eye opener. 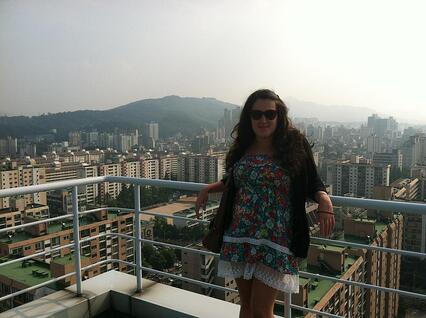 But there is so much to Gangnam that every visitor to Seoul should see. Gangnam itself is huge so here are a few things I would definitely recommend: Go to the Coex Convention and Exhibition Center. Go to the Coex and be amazed at what this “mall” really is. I would check out the aquarium, the tower, and if you’re feeling lucky try your hand in the casino. This place is MASSIVE. You will not run out of things to do. After a long day of shopping, eating, and gambling in Coex maybe head over to Apujeong and take in some of the local nightlife. Hopefully if you’ve won big you can treat your friends to drinks at Monkey Beach or Bunker. Mom and Dad? There’s something in Apujeong for them too, hit up the Once in A Blue Moon jazz club, it’s a little pricey but the drinks are good, the lights are are low, and the live music is always on point. 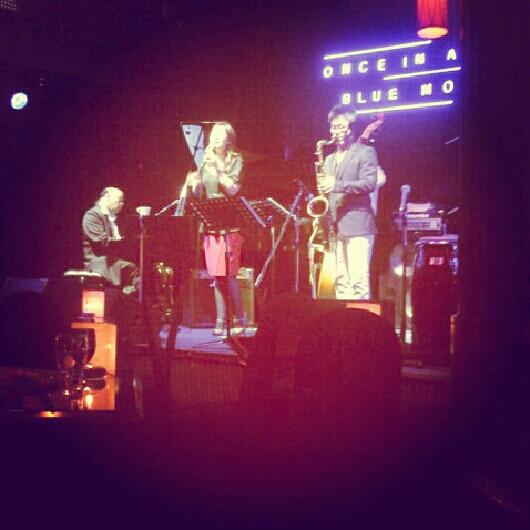 After a wild night out you’ll probably need to cool your jets and take a beat, I would head to the Bongeunesa Buddhist temple and embrace the quiet. Maybe do a temple stay and live like a monk for a few hours - something relaxing in the heart of one of the most colossal cities on the planet.

Seodaemun Prison History Hall – The prison, located in Independence Park, is in a different category than the previous activities I’ve listed, but it’s just as important to see. This memorial provides a sobering look into the life of the Korean people who fought and died for their freedom from the Japanese at the time. Followers of the Korean Independence movement were brought here, tortured and often executed for resisting Japanese rule. Those who weren’t executed had to endure the disgusting living conditions, deplorable treatment from the guards, and constant shortage of food. The hall itself is unnerving, you yourself stand in the same rooms where heinous atrocities were committed and it’s impossible to not feel the weight of such sadness. 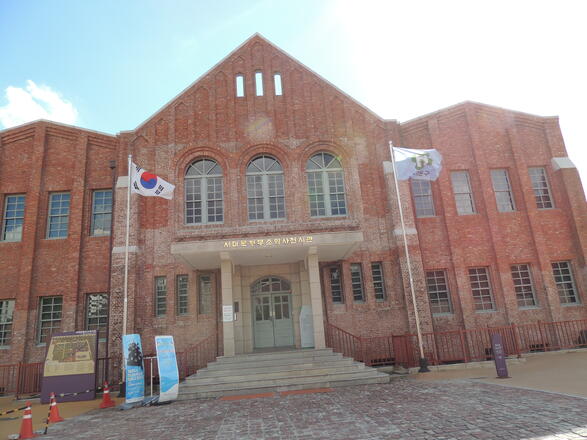 The hall gives it’s visitors an in depth history on the prison, it’s inmates, the soldiers who worked there, and it’s existence since then. The most haunting parts include the video testimonials given by former prisoners, the room lined wall to wall with images of it’s inmates, and the vivid depictions of the various forms of torture invoked by the workers. 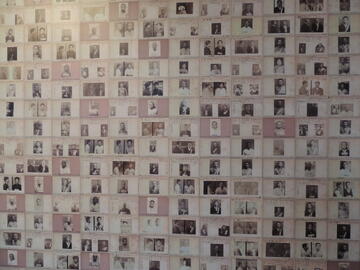 This attraction is a haunting and powerful memory of the pain the Korean people had to endure to gain their freedom, but it’s also a testament to their strength and commitment to belief, which is what makes it such an important part of the city to visit.

So there they are. My top 5 things to entertain your visitors once they’ve stepped down in your new home. A lot of them may have thought you were crazy for moving across the world to teach English, but after a couple days in Seoul, they’ll see just what makes this place so amazing. And the even better part? This is only 5 of the THOUSANDS of things to do in Korea for mind-blowingly cheap. I dare you to try and get bored here, I dare you. Korea has something for every one, and every price and that is was makes it such a great place to live and work in!