A cursory glance of a Jeju tourist guide will probably only introdue you to the three most famous waterfalls on the island. These are the most famous because they are there year-round and have established trails to their bases. They are readily accessible and do not require much hiking on your part. While these three waterfalls are definitely a sight to see, I highly recommend going out and exploring some of Jeju's 'hidden' waterfalls. The strength and visibility of these waterfalls often depend on recent rains. If you happen to be on Jeju after a heavy day of raining, these waterfalls found scattered around Mt. Halla are truly awesome.

First, here is a look at the three well-known waterfalls...

On average, this waterfall is 72 feet high, 40 feet wide. A landscaped trail takes you to the pool that is over 60 feet deep at the base of the waterfall. Coolest thing about this fall is that you can go at night. The trail and pool light up when it is dark. 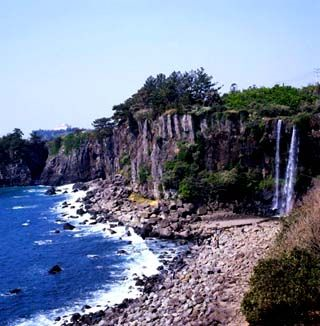 My personal fave, this waterall stands 75 feet tall and 25 feet wide. As you can see from the photo, the waterall emptys out directly into the ocean, which some claim is the only waterfall of this type in Asia. Really easy to get to as well....just a couple flights of stairs and you are at the base.

Really cool waterfall in that it is actually a three-tiered waterfall. The second-tier (pictured above) is the largest and strongest of the three. The second-tier stands at almost 100 feet high. The source of these waterfalls starts from a stream that flows out from an underground cave....pretty cool huh?

So those are the three most famous waterfalls on the island, but for the more adventurous and daring, there are lots of hidden waterfalls that spring to life after some heavy rains. These can be much harder to get to, but trust me, they are worth it. Since so many of these falls are transitory, they often do not have names. But below are photos and names of the ones that last long enough to be named... 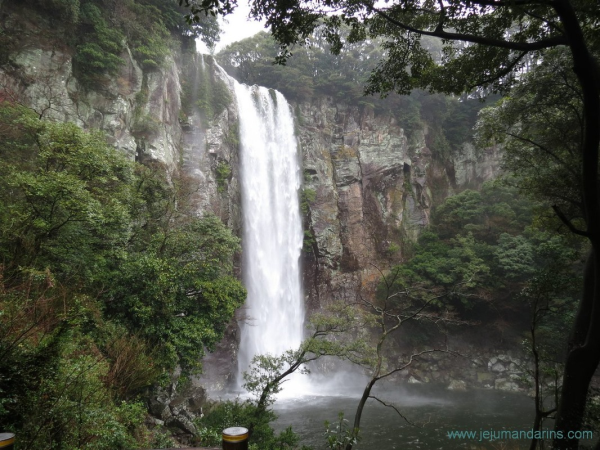 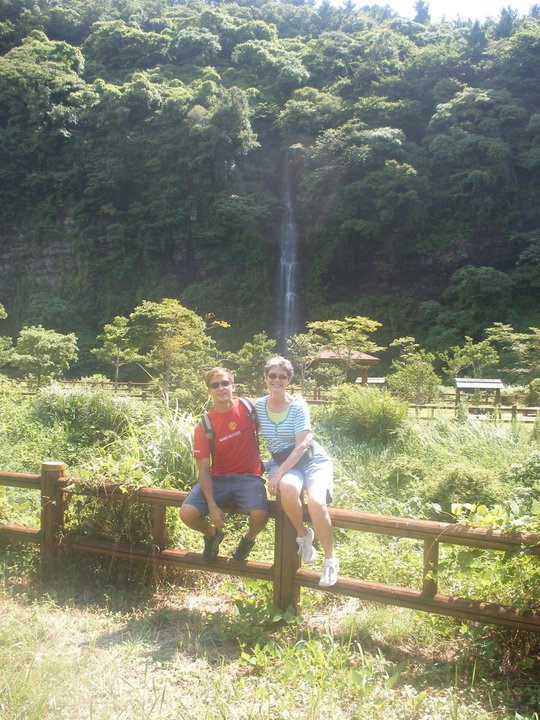 Here's a pic in front of Samdan waterfall with my mom! 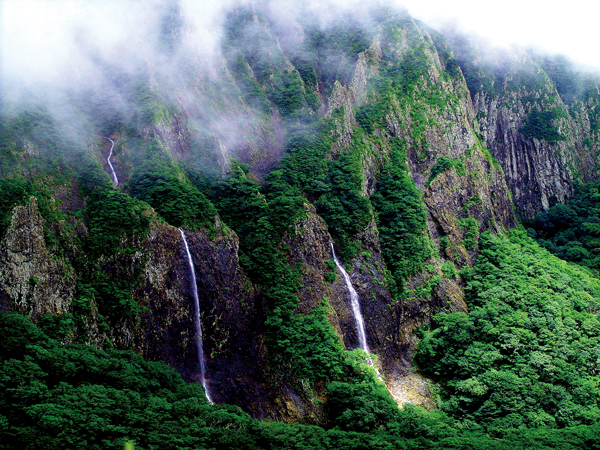 A somewhat fitting name, the expats on the island have dubbed this the Rain Waterfall.

There are several more watefalls that appear duing times of rain, but they can be hard to capture due to their ephemeral nature. If you want to see them, you are only option is to make the trip to Jeju. I guarantee you won't be disappointed.