As you might remember from last week's post, I visited a Korean hospital because of some stomach pain. Last week’s blog covered the first hour I was at the hospital. I had 2 blood tests and 2 xrays done. By having them done in Korea and not America, I saved over $300. Here is the second hour of the the incredibly affordable and efficient hospital trip. 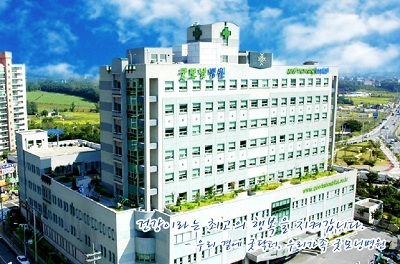 Right after the xrays, my hospital-provided personal translator and I walked upstairs for the endoscopy, which is where they put me to sleep so they can stick a camera down my throat to look at my stomach.

We walked right into to the procedure room where there was a table waiting for me with two nurse attendants. I took off my shoes, lay on my side and pulled my knees up. I got an IV and a second needle in the back of my hand. They also attached an automatic blood pressure pump thing that triggered automatically every five minutes, and a pulse detector finger thing. I’m not a doctor.

Then I waited for 15 minutes as the doctor finished with another patient. Incredibly, the doctor apologized for the long wait when he arrived. 15 minutes is considered a long wait in Korea, I guess. I’d hate to imagine how native Koreans feel in an American hospital.

The nurse then pulled out a giant syringe the size of my forearm and injects at least a liter of this white liquid into the back of my hand. (I may be exaggerating.)  It was actually a strange and somewhat painful experience. Then the doctor said the procedure will begin when I fall asleep. The next thing I know, Im opening my eyes and wondering when the procedure is going to begin.

It doesn’t take me long to realize that the procedure is actually over. A nurse asks if I am OK or dizzy. Im fine. She then asks me to wait outside. I sit down, and then my translator pops out of nowhere, as Koreans are prone to do. We idly chat about the procedure while we wait for the doctor’s door to open.

I didn’t know this then, but I had just finished a procedure that would have cost me near $3,000 in the United States. Here with no insurance, it cost me about $100. I saved thousands of dollars by being in Korea.

After a few minutes, we go into the doctor’s office. The doctor had the results from my blood tests, xrays, and endoscopy right there waiting on his computer. I was blown away. I had no expectation of getting so many tests done and a diagnosis within 2 hours of arriving at the hospital.

Reflux Esophogitis. Basically, my stomach acids were irritating the lining of my stomach because the protective mucus had disappeared for whatever reason. My stomach hadn’t gained sentience after all. The doctor prescribed some medication, and he sent me on my way.

I thanked my extremely helpful receptionist/escort/translator and walked across the street to a pharmacy. The prescription was for 10 pills to be taken throughout the day for 2 weeks. I paid $21 without insurance for the entire supply.

I happened to be in the United States the next week for a one week vacation. And out of curiosity and concern, I visited my doctor, whom I’ve gone to for years. He encouraged me to trust the Korean doctor and not have all the same tests done because it would have cost me significantly more than in Korea, he said. I didn’t know it would have been thousands more until I began researching this blog post.

Even with insurance, I would have spent 15 times more in the States than in Korea, where I have no insurance.

Adding up the money I saved on xrays, the endoscopy, and medication; I would have spent more than $4,000 in the states. I spent about $500 in Korea. Why?

Coincidentally, Time Magazine recently published a long feature article by Stephen Brill on the topic. It’s been gaining a lot of buzz because of it’s potential to shift the conversation in America about the healthcare system. Unfortunately, unless you’re a subscriber to Time, you can’t view the article online. But here is a long excerpt from the piece, and here are two reviews of the piece that give some summary of and insight into the article:

Brill gives several reasons how America’s healthcare system got to the state it’s in. He states what many people have said before: the US system is a seller’s market where everyone is a buyer, lobbyists have unreasonable if not corruptible sway over lawmakers, chances at serious reform are drowned out by cries of “Socialism!” Brill uses the 36 pages Time gave him, however, to delve deeply into how those situations came about and how to fix them. I highly recommend finding the March 4 issue of Time at a nearby bookstore or downloading the Time app where you can download single issues.

Here is the first of an in-depth three part interview by John Stewart with Stephen Brill.

As for me, I’m feeling A-OK. I am enjoying the new spring warmth, and I’ll be using the extra cash I have from Korea’s superior healthcare system to spend the long weekend down south at Busan’s beautiful beaches.